Welcome to the first edition of Short Cuts, a column devoted to those movies that pack a lot of fright into a small run time.  I’ll be checking in every month or so with a round-up of short horror films that have caught my eye. Now, full disclosure: the world of short films is a new one to me.  I’ve seen a few here and there in the past but I think that this column will be just as much a journey into the unknown for me as it is for any of you.

Before I get started with some recent films, here are a few standouts from the past that I want to highlight to give you a sample of where I’m coming from:

Venefica (2016)
Length: 8 minutes Director:  Maria Wilson Starring: Maria Wilson, Will Harrison
Maria Wilson shows a lot of talent both behind and in front of the camera in this short about a witch coming of age who must initiate a ritual to determine whether she will be of the good or wicked variety.  Wilson manages to convey a subtlety that short films can rarely afford, with a twist that I not only didn’t see coming, but had to let my mind work through for a few moments to realize what had actually taken place.  I can’t wait to see what Wilson has in store for future projects.

Where to find it:  Currently streaming on Shudder.
Watch the trailer here.

Innsmouth (2015)
Length: 11 minutes Director: Izzy Lee Starring: Tristan Risk, Diana Porter
I’d only recently heard about director Izzy Lee in an segment of a Corpse Club episode that highlighted short filmmakers, so when I had the chance to check out Innsmouth I quickly jumped at it.  The movie focuses on a detective who travels to Innsmouth to investigate a suspect to a brutal murder and quickly finds herself enthralled by Alice Marsh, the matriarch of a powerful family in the town.  I got a kick out of Lee’s ability to spin a gothic yarn adorned with trashy sensibilities. And I don’t think that anyone has ever had use for the phrase “Lovecraftian vagina,” but I think it’s an apt term for the movie’s climax.

Where to find it:  Currently streaming on Shudder.
Watch the trailer here.

No More Souls (2004)
Length: 6 minutes Director:  Gary J. Tunnicliffe Starring:  Gary J. Tunnicliffe
I know, I know.  Tunnicliffe is known primarily for the two most recent and abysmal entries to the Hellraiser franchise.  But while it may sound like sacrilege from someone who adores the original, I have to say that I really dig this segment.  Tunnicliffe is really an FX guy at heart, so this short gives him an interesting premise to play with those skills without having a chance to screw up the cannon:  When a nuclear war leaves the Cenobites are left with no one left to usher into hell, Pinhead takes one last desperate measure to go out on his own terms. It’s got little to do with the original in terms of tone, but I’ll be damned if I wasn’t entertained. 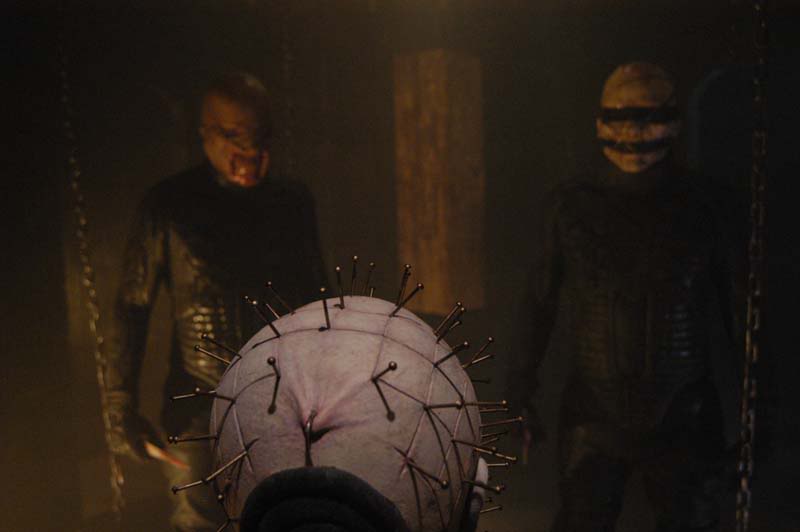 Alright, now you’ve got an idea about the stuff that catches my eye.  Now here are some more recent titles that I had the opportunity to check out:

Casulos/Cocoons From Outer Space (2018)
Length:  13 minutes Director: Joel Caetano Starring: Mariana Zani, Joel Caetano
This sci-fi creature feature from Brazil is charming as hell.  Director Joel Caetano leans into his low budget with appropriate aesthetics like shot-on-video tracking effects and rubber monsters that still somehow manage to be menacing.  But Mariana Zani is the MVP of the movie who, as the only on screen actor (other than the alien of course), starts the movie as a stressed out everywoman looking to laze around the apartment and smoke some pot for a few days.  But when a mysterious meteor shower puts her at odds with one of the aforementioned aliens, she’s quickly put through the ringer in such convincing fashion that even though less than fifteen minutes have passed by the end of the movie I totally buy that she’s ready to take on whatever comes next.

Where to find it:  Due to be released later this year.
Watch the trailer here. 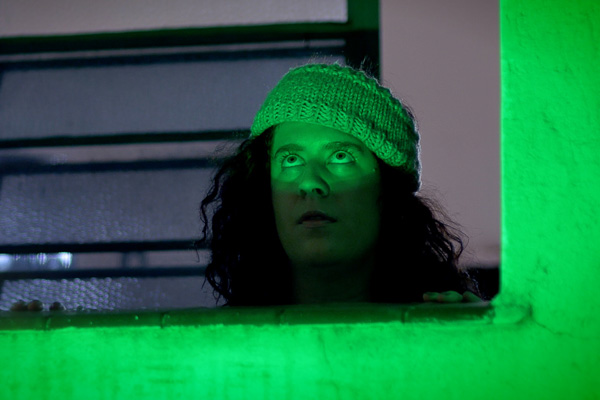 Heartless (2018)
Length:  12 minutes Director:  Kevin Sluder Starring:  Stacy Snyder
In a homage to Edgar Allan Poe’s “The Tell Tale Heart,” a woman has to get through a big presentation at work while struggling with the circumstances that lead to her being able to step into the opportunity in the first place.  We get some decent, if not subtle, commentary on toxic masculinity in the workplace as the dude bros in the office really swing for the douchey fences. More interesting to me, though, was a performance from Stacy Snyder that flows from moments of manic reaction that dissolve into her reveling in malevolent contentment.  Plus, with what seems to be the biggest budget in this batch of new releases, the FX team really had a chance to go to town with some messy gore.

Where to find it:  Currently on the festival circuit.
Find more information here. 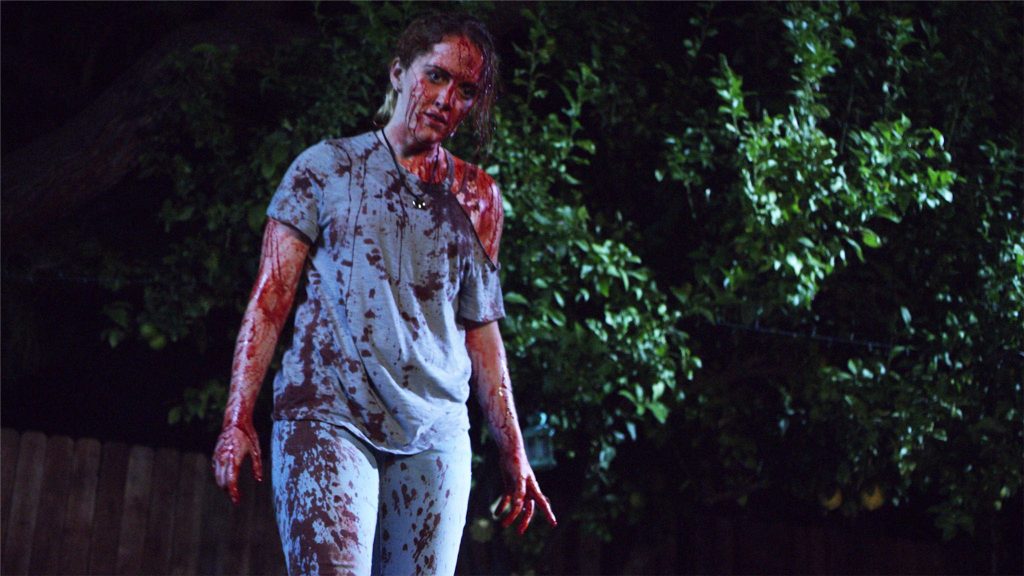 37% Evil (2017)
Length:  20 minutes Director:  Frank Popp, Jr.  Starring:  Jesse Markowski, Ryan Ammerman, Ryan Lunn
This movie was so dopey in such an endearing way.  It follows the fictional, public access-style show “In Search of Niagara’s Myths and Madmen” as they do a segment on “The Killer,” whose aspirations to become a serial killer far outweigh his abilities or the capabilities of his car, the would be murder weapon he calls “The Beast.”  This is that type of homemade movie where the props were likely made from whatever they could find at the shooting location, costumes were just whatever clothes the cast brought with them that day, and everyone just got together to have a little fun and shoot a goofy movie. And that was more than enough to keep me smiling throughout.

Where to find it:  Streaming for free on YouTube. 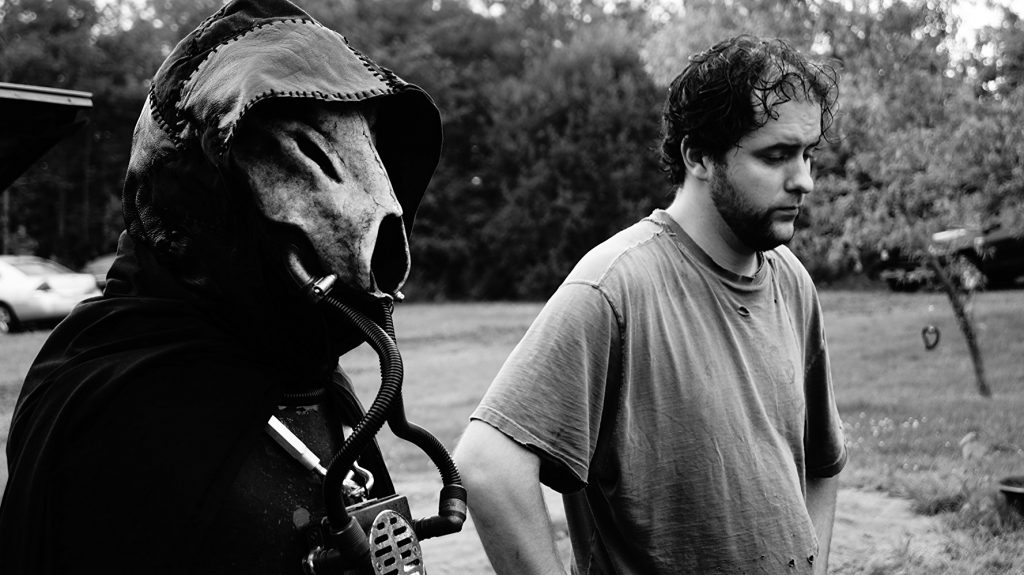 Are you releasing a short film that you want the world to know about? If so, email me at remedialhorror@gmail.com and you may find your movie in a future edition of the column.