Short Cuts: The Horror Short Film Round Up for November

Halloween has come and gone, which I know is sad.  But the best part about being horror fanatics is that we can celebrate all things spooky any month of the year.  And there’s still plenty of great horror to take in as we brace for winter.  This month we’ve got a guy stalked by an unseen being in his parking garage, a hit man turned babysitter, a time-bending slasher, and two of the most tense minutes I’ve seen in a horror movie for quite some time.  Enjoy! 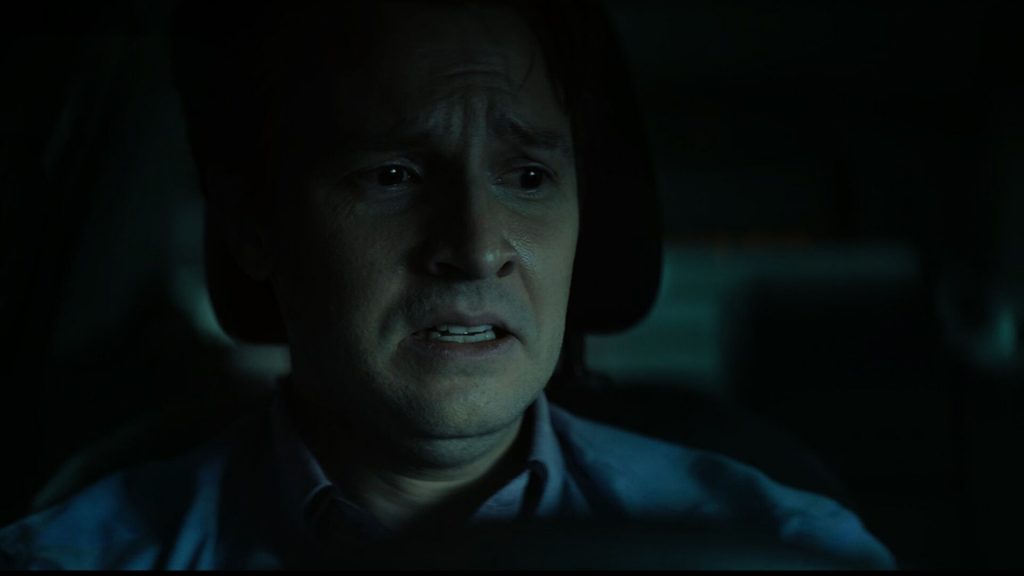 Reverse (2018)
Length: 5 minutes Director:  Josh Tanner Starring: Joel Stanton, Connor Clarke
There are few sensations more unsettling than when I can’t trust my own eyes.  Was that flash of a shape just a figment of my imagination? Did something just scuttle across my peripheral vision?  Am I just getting too tired?  I’ll damned if I’m not going to freak right the hell out until I’m sure.  Such is the case for the unnamed protagonist in “Reverse,” a short film from Australia where a man tries to drive out of a parking garage only to have his car’s sensors warn him about a danger that he just can’t see.  This one definitely got my heart pumping and I recommend it for those looking for a jolt.
Where to find it:  Vimeo

To Catch a Fly (2018)
Length: 20 minutes Director:  Sanne Kortooms Starring:  Manou Kersting, Melody Klaver, Martin van Waardenberg, Jason de Ridder, Remco Koning, Vincenzo de Jonghe, Liv van Roon
Admittedly this one isn’t strictly horror, but it was a lot of fun and has enough splashes of gore that I’m going to go ahead and include it.  When a hit man has orders to watch over a young woman in a remote house in the French countryside, he doesn’t know quite what he’s gotten into until it’s too late.  The core of this movie is definitely the relationship between the leads, and the movie has a darkly silly feel that left me wanting to see more of this twisted buddy comedy.
Where to find it:  Making the festival rounds.  Watch the trailer here. 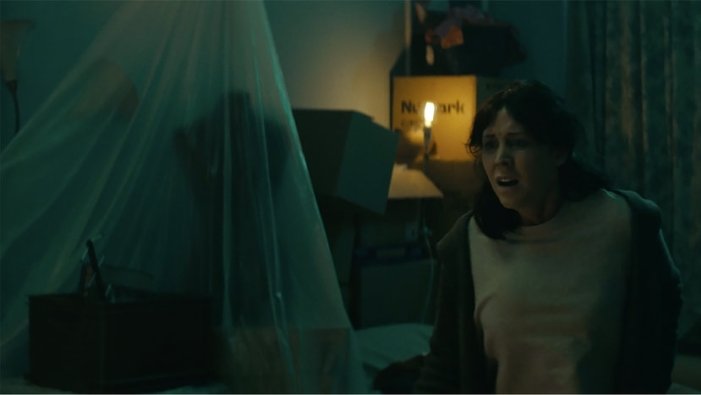 Salt (2018)
Length: 2 minutes Director:  Rob Savage Starring: Alice Lowe
This film proves how effective horror can be when it trusts its audience to pick up what’s happening without extensive exposition.  In under two minutes Rob Savage establishes rules and sets up stakes all with well placed visual cues and sparse lines of dialogue.  It also doesn’t hurt that he casts the great Alice Lowe (see her in Prevenge if you haven’t already) to bring the appropriate gravity to a role where she literally only has seconds to get the audience on her side before she’s forced to dive into the fray against an ephemeral monster who can only be repelled by the titular sodium chloride.  I defy you to watch without clenching your jaw.
Where to find it:  Vimeo

Residual (2018)
Length: 17 minutes Director: Damien Kazan Starring: Sam Cavalier, Sylvain Robic, Romain Petit
This slasher from France introduces some interesting supernatural elements that make us question fate versus free will.  Do the choices me make really matter, or have our lives already been plotted out in such a way that our choices will invariably lead to the same end?  Writer/director Damien Kazan makes his protagonist answer these questions in the context of being chased by an anonymous killer with a penchant for overcoats and burlap sacks.  I really dug the use of light in this one, as the characters are often splashed in hues of blues, pinks, and reds.  Overall it’s a fun little ride.
Where to find it:  YouTube