Last month I welcomed you all to summer, and this month I would like to welcome you all to the fiery hell that has enveloped us all and will apparently burn between now and the end of time.  OK, maybe I’m being melodramatic, but as a husky dude I’ll admit that I don’t adapt well to the heat. So if you’re like me and don’t like it when the temperature goes over 75 degrees (aka 24 degrees C for you Canucks since this is a Canadian operation) then I’ve got some great short horror to check out and give you an excuse to stay inside in the air conditioning at least for a little while.

I’ve really been getting a kick out of the films you’ve been submitting so keep them coming.  But don’t forget I’m also looking to highlight any festivals that you have coming up. There aren’t any listings for this month because, well, you damn kids haven’t sent me any requests for festival announcements! (*shakes fist in the air).  If you’ve got a festival coming up in the next few months shoot me an email at remedialhorror@gmail.com and I’ll include it in an upcoming installment.  Now, on to the shorts! 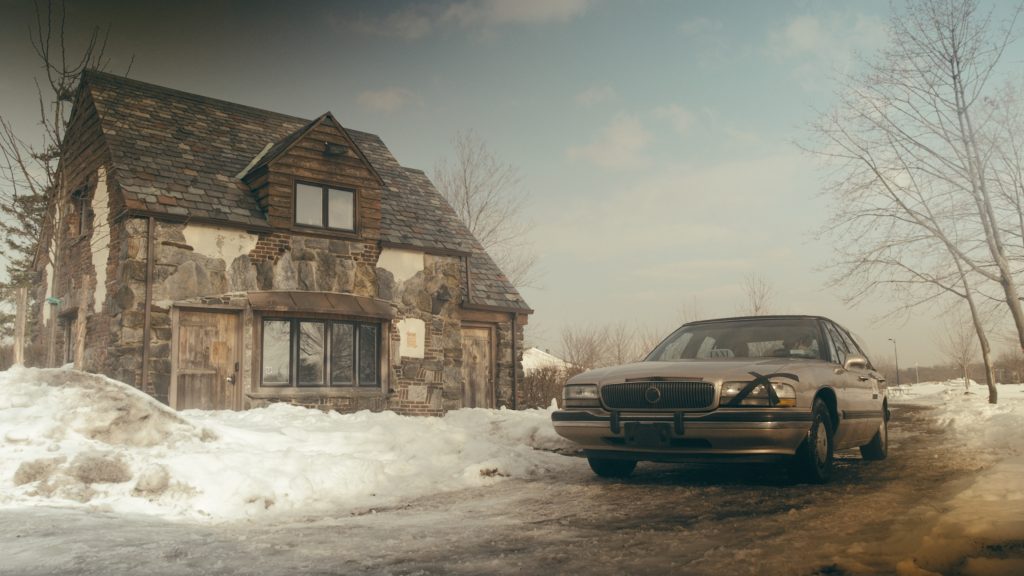 THE LAST TAXI DRIVER (2018)
Length: 14 minutes Director:  Debra Markowitz Starring: Robert Clohessy, Deborah Twiss, Emily Jackson
In cinematic zombie landscape where you generally find characters who stand in for the worst and best parts of humanity, it’s refreshing to watch a movie about some schmuck who just wants to keep driving his cab.  Classic “that guy” character actor Robert Clohessy plays Dorman O’Mearain, a pigheaded oaf who wants to keep that meter running even if it means having to add a strict “no undead passengers” rule to his business, which isn’t always easy considering we’re dealing with a brand of zombies who still have the intelligence to make prank phone calls.  Everything about this short is charmingly mundane, reminding us that some people crave a routine, even in the event of a zombie apocalypse.

Where to find it: Streaming on Amazon Prime. Check out more information and the trailer at Markowitz’s site, Intention Films & Media.

FLESH (2016)
Length: 15 minutes Director:  Monika Estrella Negra Starring: Esther Matthews Alegria, Hannah Hearts, Danny B. Wonderbread
I used to have a very hard time connecting with punk music.  As a teenager I always dismissed it as an excuse for people to make music without needing to have any talent.  As I’ve grown older I’ve realized my folly as “talent” is subjective and shouldn’t be a barrier to expression.  So when I checked out Monika Estrella Negra’s 2016 short, it helped that the synopsis makes mention of Chicago’s punk scene because this movie screams punk.  Every single rough edge in this movie has been left in as is, to the point where I found myself having to replay certain parts of the film because I thought there was a glitch in the sound.  But once I synced with the movie’s frequency, I got a taste of the feeling of “other” that permeates the story for our queer, black protagonist Rae that dares us to sympathize with her even as she commits some brutal acts.

Where to find it:  Streaming on Amazon Prime. Watch the trailer here. 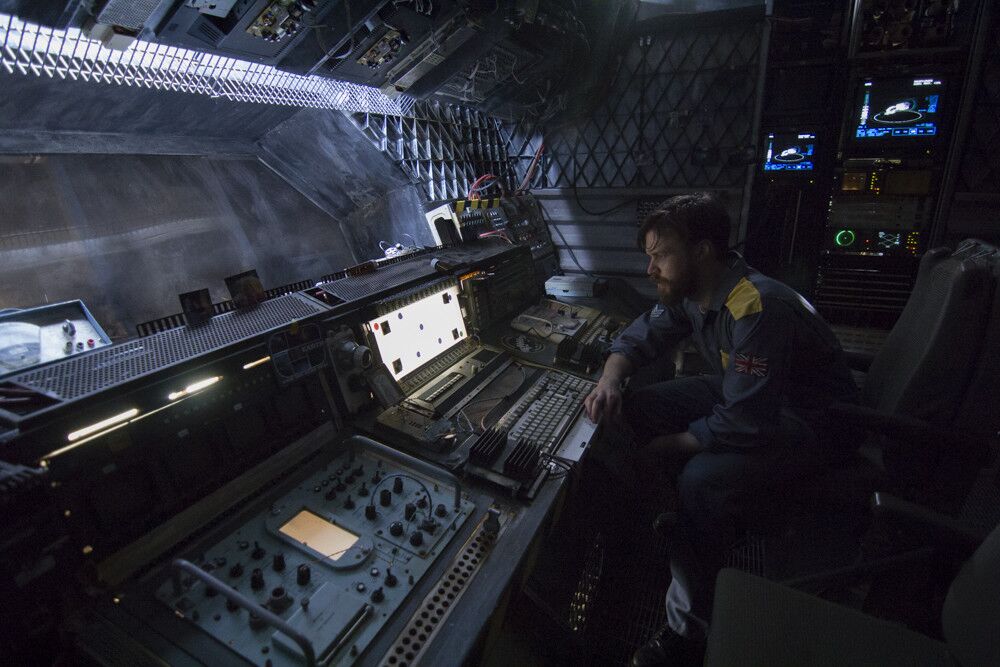 THE MAYFLOWER (2017)
Length: 7 minutes Director:  Christopher Goodman Starring:  Jason Ryall, Benjamin Farry
If you’re anything like me, the dark, industrial vision of space travel depicted in this movie will quickly elicit comparisons to Alien.  Don’t grow too attached to that notion, however, as about halfway through the film director Christopher Goodman alters course in a pretty significant way.  I don’t want to give too much away other than to say that if you’re a fan of body horror you’ll definitely appreciate the left turn.  Also impressive is production designer David Tinto’s work in creating the interior of a ship that feels authentic, claustrophobic, and even a touch gothic all at the same time.

MR. DENTONN (2016)
Length: 9 minutes Director:  Ivan Villamel Starring: Irene Aguilar, Ander Pardo, Kaiet Rodríguez
Full disclosure:  I’ve never so much as taken an undergraduate film class, so I’ve never been too aware of what makes a film work technically.  For me, the extent of cinematographic critique hasn’t gone much past “gee golly that was a pretty picture.”  However, one thing I’ve picked up on a bit more recently is sound design.  Effective sound effects are so critical in ramping up atmosphere in a horror film, and that’s what struck me as particularly effective in Ivan Villamel’s film about a mythic creature who steals into families homes to capture children’s souls.  Every creak and rustle is crystal clear as the titular creature stalks his victims, even in something as simple as gripping a wooden hand rail along the stairs.  Villamel wants you to remember that even if you can’t see Mr. Dentonn, he’s always there.

THE WOODSMAN (2017)
Length: 10 minutes Director:  South Turk Starring: Matt Dooley, Elizabeth Davenport
I’m becoming more and more aware of the fact that I’m a big fan of backwoods horror.  Give me someone isolated in a creepy forest, start hurling some twisted situations at them, and I’m a happy guy.  Director South Turk describes The Woodsman as a “southern-fried psychological witch film,” and that’s a pretty perfect assessment.  When a man goes hunting in the back woods of Georgia, he dismisses a gutted, crucified pig on the fence of the property as the work of the local “freaks.”  He’s soon taken on a freaky journey himself in a cross between The Blair Witch Project and The Witch with a healthy splash of The Evil Dead.

Where to find it:  Streaming Free on Vimeo. 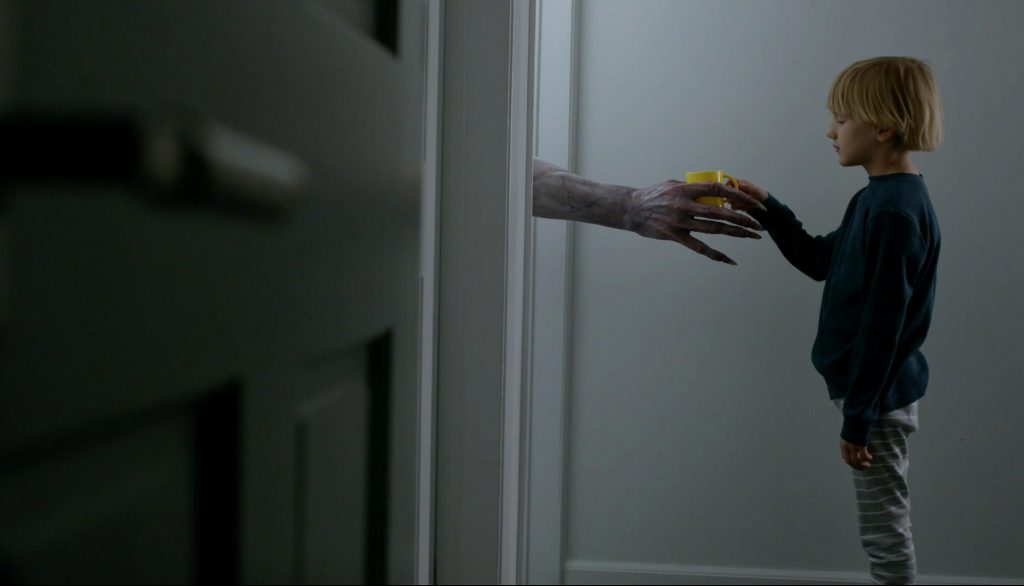 THE CALL OF CHARLIE (2016)
Length: 14 minutes Director:  Nick Spooner Starring: Brooke Smith, Harry Sinclair
I don’t know that I’ve ever smiled harder at a movie’s premise than Nick Spooner’s The Call of Charlie.  When yuppie couple Virginia and Jay crash a dinner party being thrown by their friends, they wind up having to navigate the awkwardness of realizing that the dinner was really an attempt to set up their friend Maureen with their good friend and co-worker Charlie.  What’s more, they need to handle the horrible realization that Charlie is in fact a Lovecraftian god complete with jowl tentacles that dangle over his power tie.  Everything about this movie works from me, from the tone to the performances, but the highlight has got to be Charlie himself.  The effects to pull off his Cthulu-like head are an amazing blend of practical and CGI, with actor Sven Holmberg working in some fun physical beats to give Charlie some personality event without having a single line of dialogue.

Where to find it:  Streaming on Amazon Prime.  Watch the trailer here.