Short Cuts: The Horror Short Film Round Up for August

Halloween season is almost here.  In just a couple of weeks, the air will cool and the leaves will fall, and I’m sure most of you have already started keeping your eyes peeled for Halloween sections to start popping up at Target.  But as we all know, everyday can be Halloween if you try hard enough.  So get a jump start on the spooky season with our newest round of films and an announcement about a festival coming up at the end of October.  Now, on to the films! 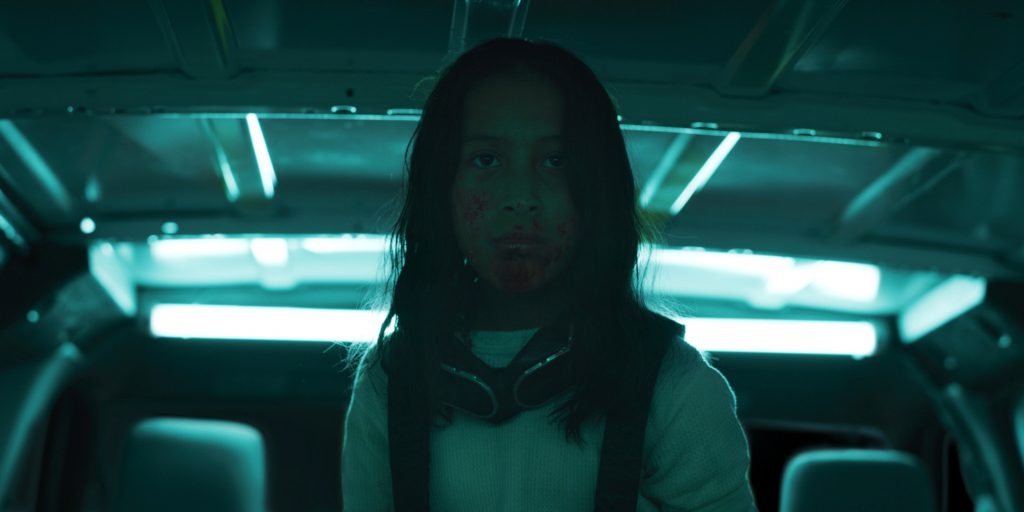 TiCK (2018)
Length: 14 minutes Director:  Ashlea Wessel Starring: Ava Close, Alexander DeJordy, Allison Brooks, Brooke Debassige
Director Ashlea Wessel takes elements familiar to fans of the vampire genre and throws in some very intriguing twists.  The film features two sisters who we meet as they are taken from their homes in violent fashion.  I was impressed by Wessel’s ability to disorient the viewer by toying with the notion of what it means to be a monster, and she’s able to portray a bond between two sisters in a way to make you care about both instantly.  Plus, anytime a filmmaker gives us a little girl who can kick ass I’m pretty much going to be on board immediately.

Where to find it:  Making the festival rounds.  Watch the trailer here. 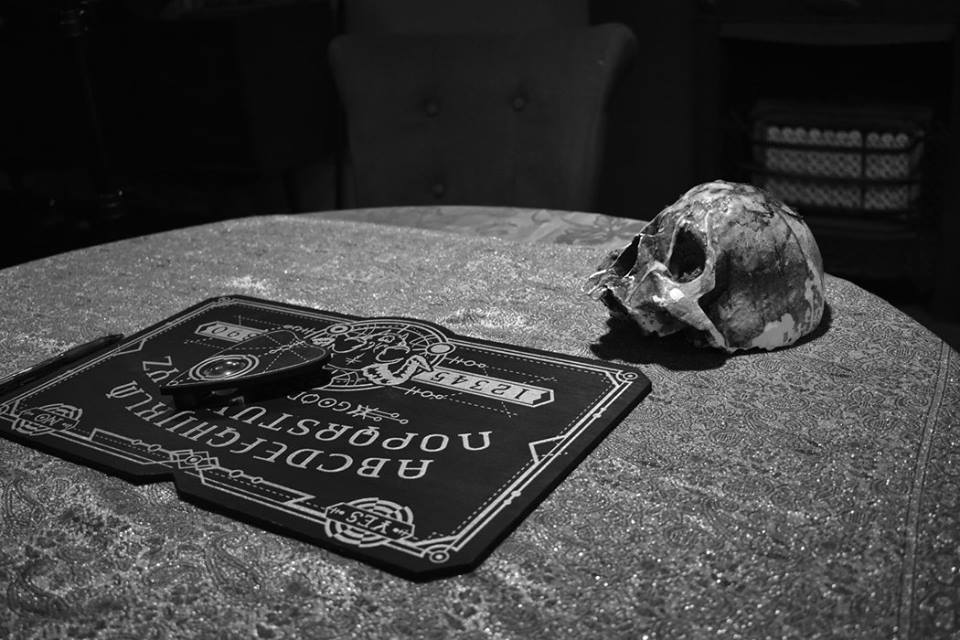 Parlour Tricks (2018)
Length: 7 minutes Director:  Tristan Risk Starring: Gidget Gravedigger, Emma Eldritch, Tyler Nichols, Sean Covernton
When I heard that horror character actor Tristan Risk was stepping behind the camera to direct her own short film, I was expecting something twisted and brutal.  Imagine my surprise, then, when this film about a Victorian-era seance proved to be downright family friendly.  And, what’s more, I loved it.  It’s a goofy little slice of horror comedy that had me smiling from beginning to end.  I’m sure Risk will continue to dwell in the dark and morbid, but it’s great to see her silly side as well.

Where to find it:  Making the festival rounds this year.  Get more information at the film’s Facebook page.

Agapornis (2018)
Length: 14 minutes Director:  Jose Mellinas Starring: Joana Antonin, Aitana Giralt, Albert Anguera, Mar Tamarit
For those wondering what agapornis means, it’s the scientific name for a small parrot more commonly known as a lovebird.  What’s that got to do with the movie?  I’ll be honest, I’m not 100% sure.  I will say, however, that when a young girl makes her way back home to her sister after the death of their mother, love is the last feeling that seems to be running through their relationship or through their house.  It’s a bleak bit of supernatural horror well-suited for it’s black and white palette.

Where to find it:  Making the festival rounds.  Watch the trailer here.

Girls Night 2 (2018)
Length: 13 minutes Director:  David Texeira Starring: Marina de Sousa, Vincent Conty, Alice Nazare and Liliana Garcia
I think this may be the first time I’ve ever heard of a sequel to a short horror movie.  The original centers on a young woman who finds herself being stalked by a stranger while spending time with some friends, and the follow-up deals with her attempting to deal with the aftermath.  The standout here is definitely the costume design for the nameless killer, whose mask makes him look like he took the face off of an aging debutante.  It’s creepy as hell, and Texeira knows how to light him in such a way as to have permanently seared his visage in my brain.

Where to find it:  Coming to Youtube/Vimeo on Halloween.  Check out the trailer here. 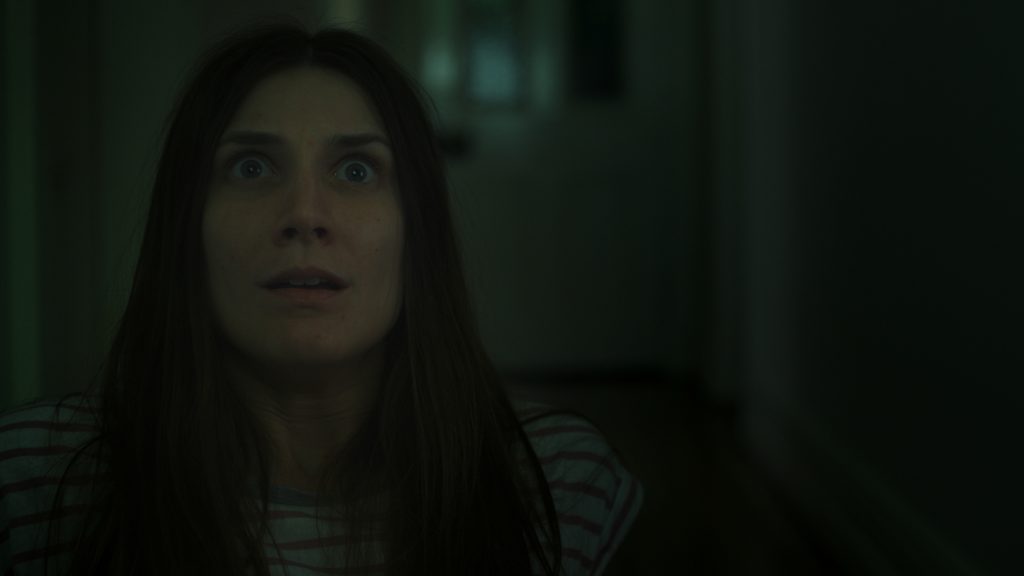 Room of Doors (2017)
Length: 4 minutes Director:  Lyndsay Sarah Doyle Starring: Celia Kelly, Janet Shay
This is the rare film that manages to be both brutally dark and daringly hopeful all at the same time.  When a woman suddenly finds herself in a strange house with no recollection of how she got there, she soon finds out that the other woman in the house has sinister intentions for her.  She has little time to figure out how she got there before things get very strange very fast, and as she (and by extension us) starts to realize what’s going on you’ll find yourself pulling for her to get to the front door while also wondering what the hell she’ll find if she gets there.

Where to find it:  Streaming in Amazon Prime.  Watch the trailer here. 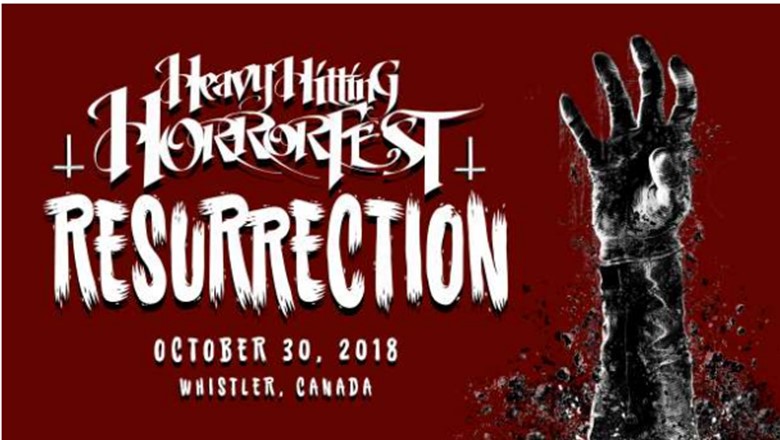 Heavy Hitting Horrorfest
When:  October 30
Where:  Whistler, British Columbia
This festival from western Canada returns after a two-year hiatus following the death of co-founder Chili Thom.  Fellow founder Feet Banks decided to bring the festival back this year, as he recalls Heavy Hitting Horrorfest “as an excuse [for a group of people] to go make movies with their friends and the showcase them on a big screen.”  This year, to sweeten the deal, filmmakers could potentially get in on the $3,000 in cash prizes being awarded at the festival.  Banks, however, offers a piece of advice:  ““If your movie is just an excuse for you to gratuitously torture women and there’s no story or plot, don’t bother submitting.”  He adds that the festival welcomes blood and gore “so long as it is serviced by a story and plot.”  If you think you might have a good fit, you can submit here through September 15th.

Have a short horror movie or festival that you want us to consider to inclusion in a future installment?  Email me at remedialhorror@gmail.com or hit me up on twitter at @eviltaylorhicks.