We’ve arrived at our final round of short films to celebrate Women in Horror Month!  This last batch features brutal misogyny as big business, a bedtime story with chilling implications, a text conversation gone very wrong, and more.  I’d like to thank everyone who submitted films for this month.  There were so many great entries that I just couldn’t include everyone, but remember Short Cuts is a year-round venture. If you or anyone you know have a short film you’d like me to consider for a future installment, please contact me via Twitter or email me at remedialhorror@gmail.com!  Now, on the the shorts!

The Herd (2016)
Length: 20 minutes Director: Melanie Light Starring: Pollyanna McIntosh, Victoria Broom, Charlotte Hunter
It’s no secret that far too many people view women as being less-than-human, but Melanie Light takes that idea to a brutal extreme in a film where women are held captive, beaten, and forced to reproduce like livestock.  It’s an unflinching look at the implication we make every time we oppose women’s agency in their own reproductive health, financial independence, or simply have safe space to live and work.  It’s also a call to more humane treatment of animals, as video clips that play over the credits remind us that the brutal treatment of the women in the film is perpetrated in real life by members of the agriculture industry.
Where you can find it:  Streaming on Vimeo

Endgame (2020)
Length: 12 minutes Director: Magalie de Genova Starring: Matthew Sauvé, Barbara Szeman, Sage Burigana-Marcus, Findlay James Davies, Max Mitchell
When parents impart life advice to their kids, it can be annoying and sometimes misguided.  But in most cases children can take comfort in knowing that the advice is usually given with their best interests in mind.  Magalie de Genova gives us a short film where that assumption is put into question as a father warns his young son about the dangers of the internet with a tale that scares the boy in ways that he couldn’t have expected.  It’s a film that reminds us we often don’t really know who our parents were before they were our parents, and that can be a pretty scary realization.
Where you can find it:  Making the festival rounds.  Watch the trailer here. 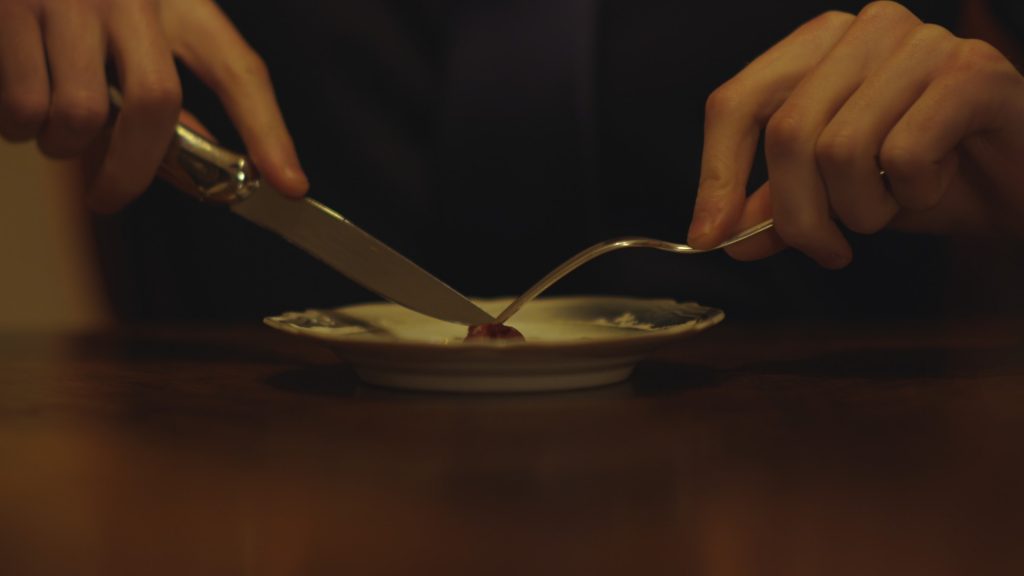 Vore (2017)
Length: 13 minutes Director: Lauren Erwin Starring: Olga Wilhelmine, Levi Hood
Lauren Erwin’s short film tells the story of a mature, wealthy woman navigating her relationship with a younger man, and the pair seems at a crossroads.  He’s been accepted to an art program that will take him far away, and she’s reluctant to let him go.  They’re both on edge as their relationship seems to be on shaky ground.  Oh, and there’s also the small detail that the woman has gotten to a point where she can only be sexually satisfied if her partner agrees to consume her flesh.  It’s an odd short that explores the complexities of kink and gender dynamics in some very interesting ways.
Where you can find it:  Streaming on YouTube 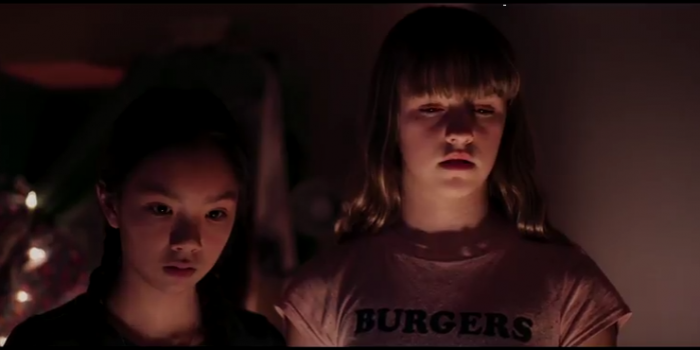 The Man in the Rabbit Mask (2017)
Length: 5 minutes Director: Ariel Hansen Starring: Iris Truong, Holly Burr, Chris Walters, Katherine Slingsby
Something about sleepovers seems to encourage dabbling in the supernatural.  Whether it be Ouija boards or Bloody Mary, kids love finding ways to prove their bravery and make the hairs on their neck stand up.  Such is the case for the girls in Ariel Hansen’s short, as a girl is challenged by her sleepover companion to summon a mythical man in the titular mask known for enticing children with chocolates for sinister purposes.  What I really appreciate about it is that unlike most stories, this is one that doesn’t get truly scary until the lights go on.
Where you can find it:  Streaming on YouTube 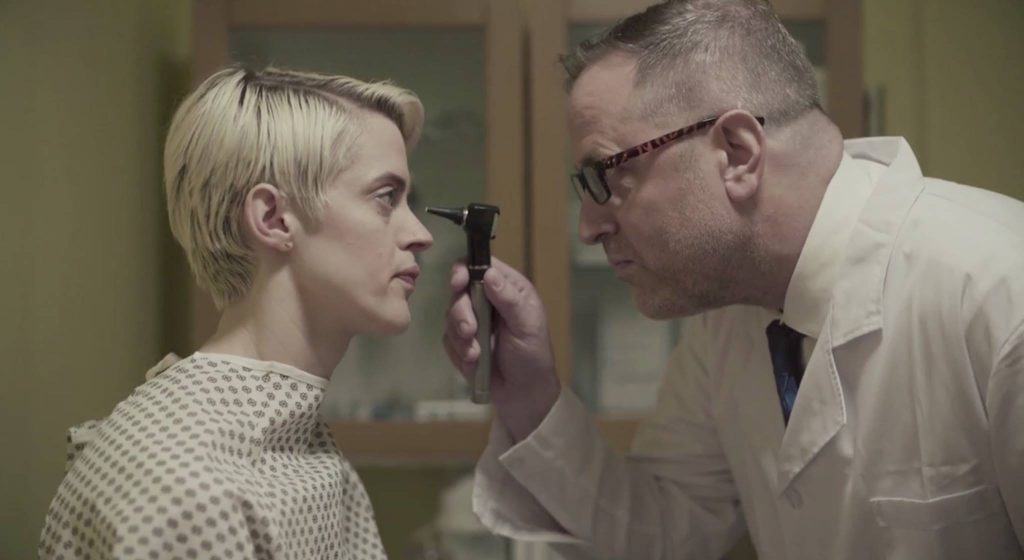 Help (2018)
Length: 3 minutes Director: Cricket Arrison & Lola B. Pierson Starring: Cricket Arrison
This short film from Cricket Arrison and Lola B. Pierson features just one word of dialogue as an unnamed protagonist repeats it time and again through various scenarios in her daily routine.  I’ll let you do the math on what that one word is, suffice to say it’s a compelling look at the requests we often leave unspoken in life.  It’s not exactly scary, but it’s plenty unsettling.
Where you can find it: Streaming on YouTube

Other (2018)
Length: 3 minutes Director: Meosha Bean Starring: Michael Jarrett, Tyler Ford
A routine text exchange between a woman and her husband turns into something else entirely in this short film.  Director Moesha Bean gives you hints that something isn’t quite right, but what’s brilliant about the reveal at the end is that it’s somehow both utterly ridiculous and completely plausible to consider playing out in real life.  It will definitely make me think twice the next time my significant other texts me about what I want for dinner.
Where you can find it: Streaming on YouTube