The award-winning study of folk horror is coming just in time for Halloween.

Severin Films will bring Kier-La Janisse’s WOODLANDS DARK AND DAYS BEWITCHED to VOD platforms October 26, following festival play including SXSW and the Fantasia International Film Festival, nabbing Audience Awards at both. The synopsis: “WOODLANDS DARK AND DAYS BEWITCHED explores the folk horror phenomenon from its beginnings in a trilogy of films–Michael Reeves’ WITCHFINDER GENERAL (1968), Piers Haggard’s BLOOD ON SATAN’S CLAW (1971) and Robin Hardy’s THE WICKER MAN (1973)–through its proliferation on British television in the 1970s and its culturally specific manifestations in American, Asian, Australian and European horror, to the genre’s revival over the last decade. Touching on over 100 films and featuring over 50 interviewees, WOODLANDS DARK AND DAYS BEWITCHED investigates the many ways that we alternately celebrate, conceal and manipulate our own histories in an attempt to find spiritual resonance in our surroundings.”

WOODLANDS DARK will also be part of Severin’s massive ALL THE HAUNTS BE OURS: A COMPENDIUM OF FOLK HORROR Blu-ray boxed set, curated by Janisse and coming December 7. Both that and an individual WOODLANDS DARK Blu-ray edition can be pre-ordered here. 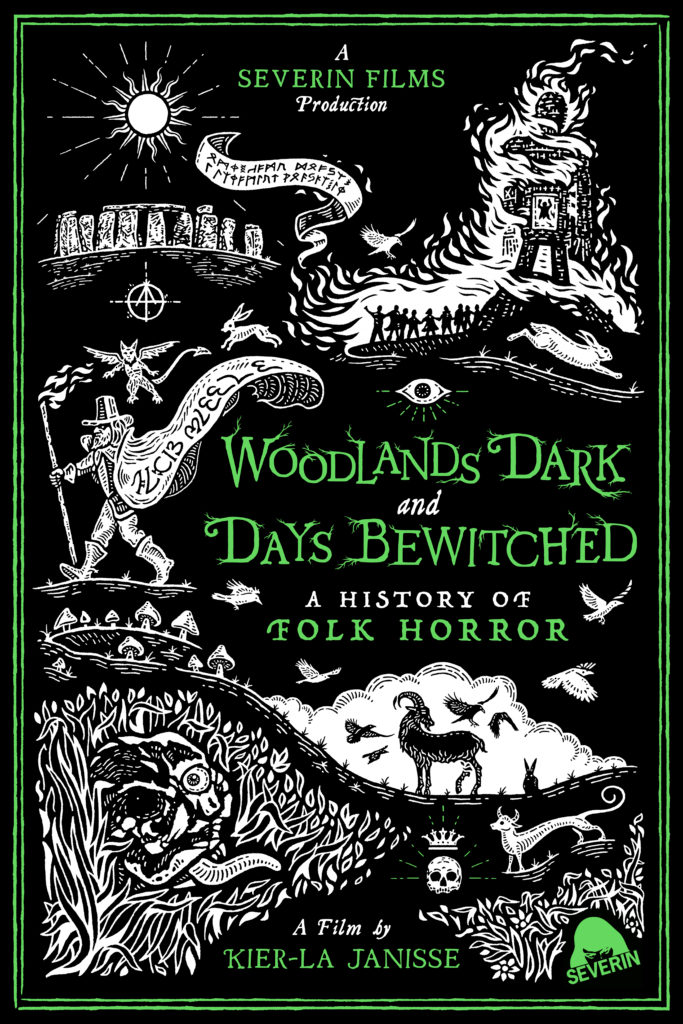