A cast of familiar faces from various science fiction films and series takes part in DEVIL’S GATE, a creature film headed for release next month. Read on for the details, the new trailer and poster.

IFC Films will open DEVIL’S GATE in select theaters and also send it to VOD and digital platforms January 5, under the IFC Midnight banner. Clay Staub, 2nd-unit director on Zack Snyder’s 300 and DAWN OF THE DEAD, makes his feature helming debut on the movie from a script he wrote with Peter Aperlo. Milo Ventimiglia (HEROES), Amanda Schull (TV’s 12 MONKEYS), Bridget Regan, Shawn Ashmore (the X-MEN films) and STAR TREK’s Jonathan Frakes star, with monster performance by Guillermo del Toro regular Javier Botet. The synopsis: “What unholy force lies locked away in a crumbling, booby-trapped, middle-of-nowhere farmhouse? When a woman and her son mysteriously vanish, FBI agent Daria Francis [Schull] is dispatched to the small town of Devil’s Gate, North Dakota to investigate the number one suspect: religious fanatic Jackson Pritchard [Ventimiglia], husband and father of the missing persons. But when Francis and local deputy Colt [Ashmore] arrive at Pritchard’s foreboding property, they discover much more than they bargained for lurking in the basement.” 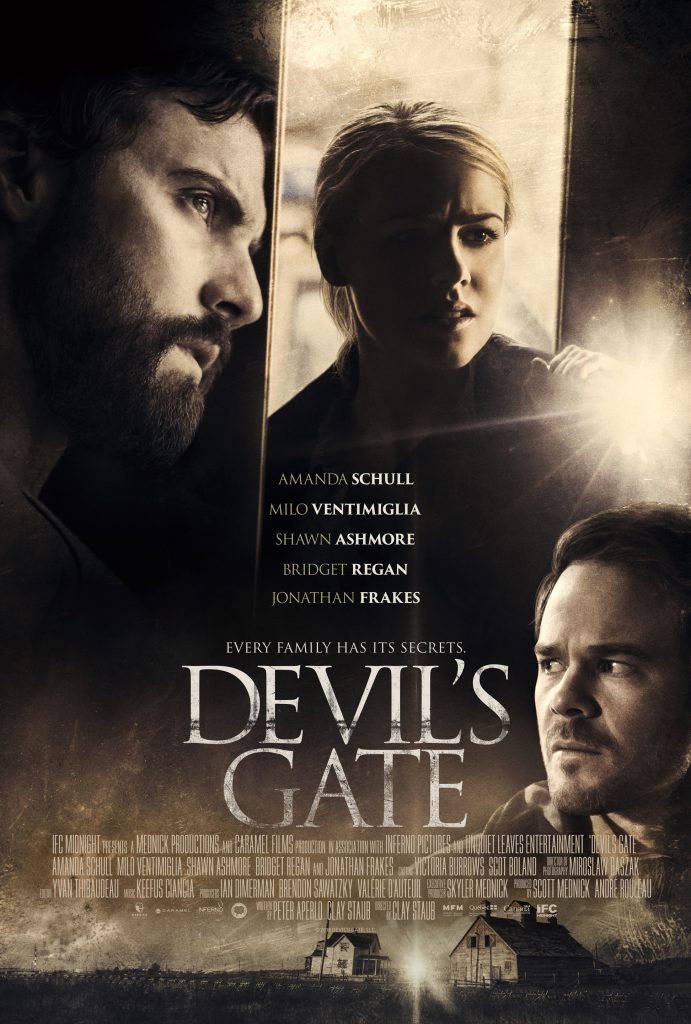