“SCARY STORIES TO TELL IN THE DARK”: Trailer released, plus special preview report

The excitement is growing for SCARY STORIES TO TELL IN THE DARK, the film adaptation of the beloved and controversial books by Alvin Schwartz. Read on to see the new trailer and read about a SCARY preview event held today.

CBS Films, Lionsgate and eOne will release SCARY STORIES TO TELL IN THE DARK August 9. Directed by André Øvredal (THE AUTOPSY OF JANE DOE, TROLL HUNTER) and scripted by Dan Hageman and Kevin Hageman, from a screen story by Guillermo del Toro, Patrick Melton and Marcus Dunstan, the movie was produced by del Toro, Sean Daniel, Jason F. Brown, J. Miles Dale and Elizabeth Grave. The cast is led by Zoe Colletti, Michael Garza, Gabriel Rush, Austin Abrams, Dean Norris, Gil Bellows, Lorraine Toussaint, Austin Zajur and Natalie Ganzhorn. The synopsis: “It’s 1968 in America. Change is blowing in the wind…but seemingly far removed from the unrest in the cities is the small town of Mill Valley, where for generations, the shadow of the Bellows family has loomed large. It is in their mansion on the edge of town that Sarah, a young girl with horrible secrets, turned her tortured life into a series of scary stories, written in a book that has transcended time—stories that have a way of becoming all too real for a group of teenagers who discover Sarah’s terrifying home.” 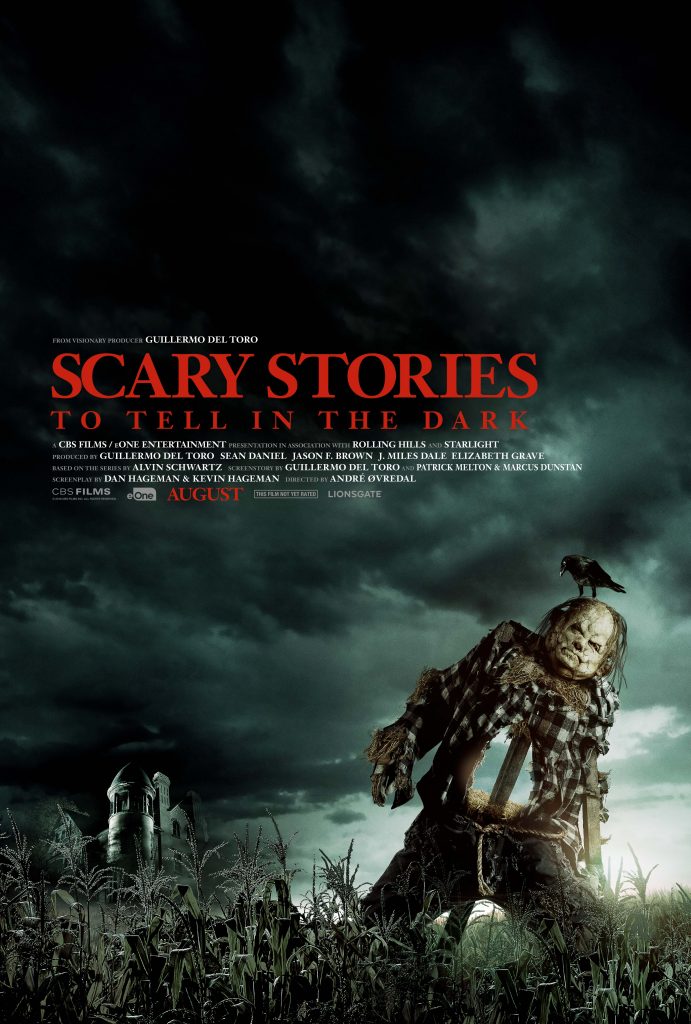 At the event held today in New York City (see photos below the trailer), del Toro (who joked about eOne turning down the opportunity to produce PAN’S LABYRINTH) and Øvredal gave attendees a look at extended excerpts from two of the most famous SCARY STORIES: “The Big Toe,” in which one of the teens (played by Rush, who was also in attendance) gets a surprise in his stew and is stalked by a walking female corpse seeking the eponymous appendage; and “The Red Spot” (pictured above), following a girl who gets bitten on the cheek by a spider, leading to a particularly horrible facial outbreak. In both sequences, the books’ classic artwork by Stephen Gammell seemed to be leaping right onto the screen in full color, and Øvredal employed the same evocative, mobile camerawork that made JANE DOE so creepy (Roman Osin was the DP on both features). “The Big Toe” in particular also showed off the film’s emphasis on practical effects, for which del Toro expressed his devotion in his comments. Mike Hill of Spectral Motion, who sculpted the Amphibious Man for del Toro’s THE SHAPE OF WATER, also did the honors on the “Big Toe” ghoul and other SCARY STORIES effects.

In their introduction and Q&A, Øvredal and del Toro emphasized their desire to honor SCARY STORIES’ generations of preteen fans by making the feature a “family horror” film, albeit one that pushes the PG-13 and doesn’t hold back on the grisly though non-gory scares. In addition, they emphasized that in casting, they sought out young actors who looked like regular, identifiable kids, not the unrelatably pretty performers seem in many teen chillers who look like they’re right out of “shampoo commercials,” as del Toro put it. Harking back past the ’80s, when Schwartz’s books first began frightening their many readers, the movie is set in the late ’60s, a period during which America lost its innocence, as the filmmakers explained.

Based on the trailer and the clips shown today’s audience, it appears that Øvredal, del Toro et al. have succeeded splendidly in capturing the books’ freaky vibe in feature-film form. We’ll bring you more on SCARY STORIES TO TELL IN THE DARK as it gets closer to release, at this site and in the pages of RUE MORGUE issue #189, which will be unleashed in early July. 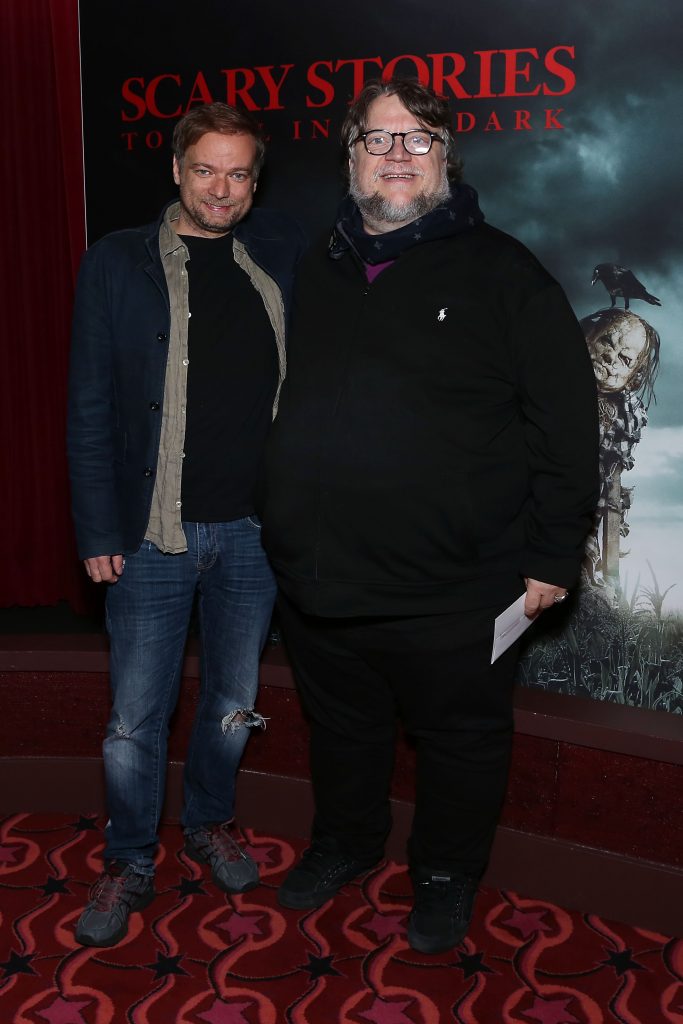 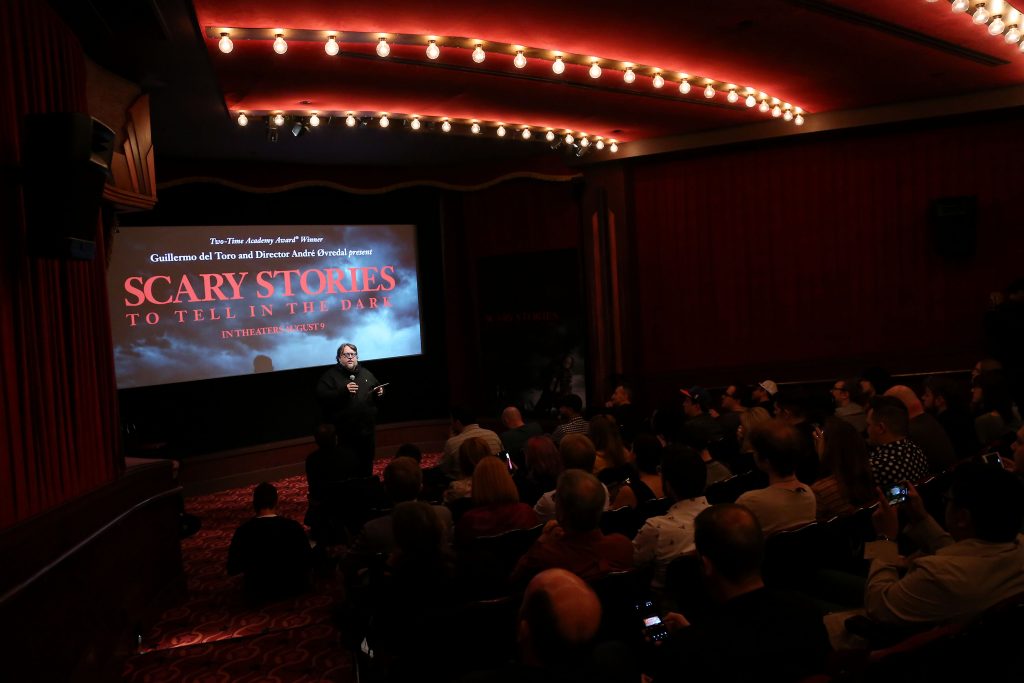 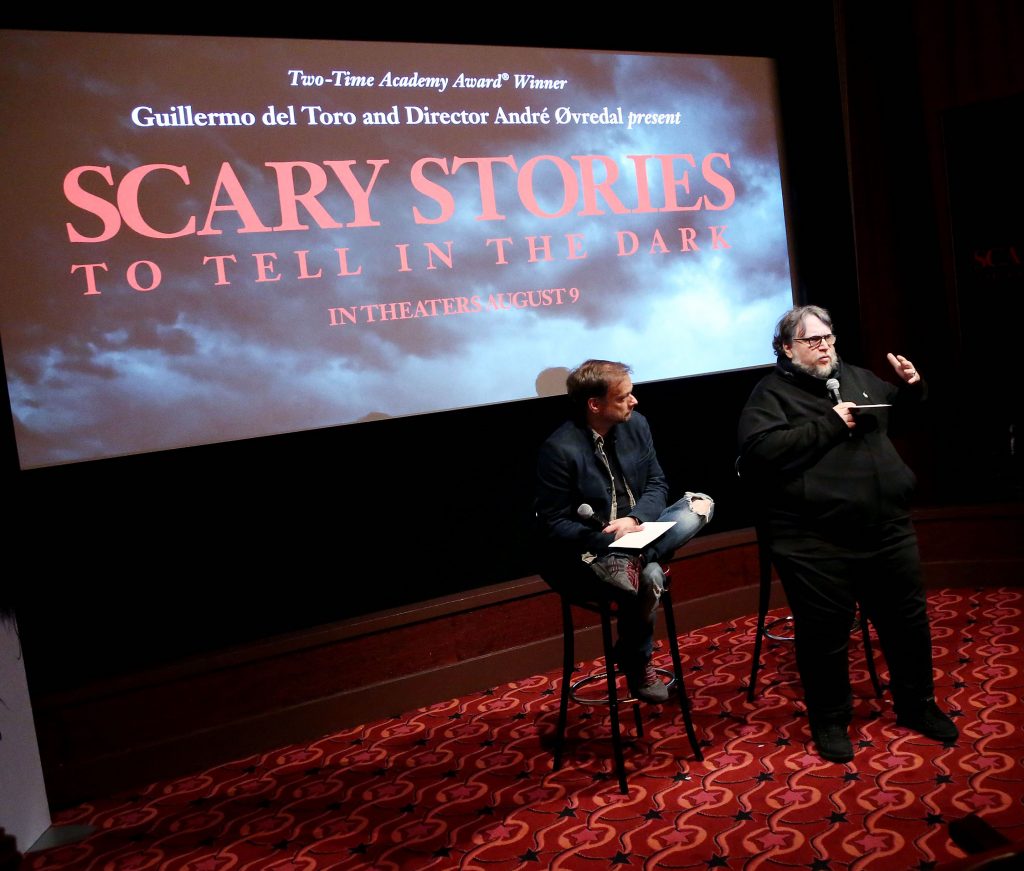 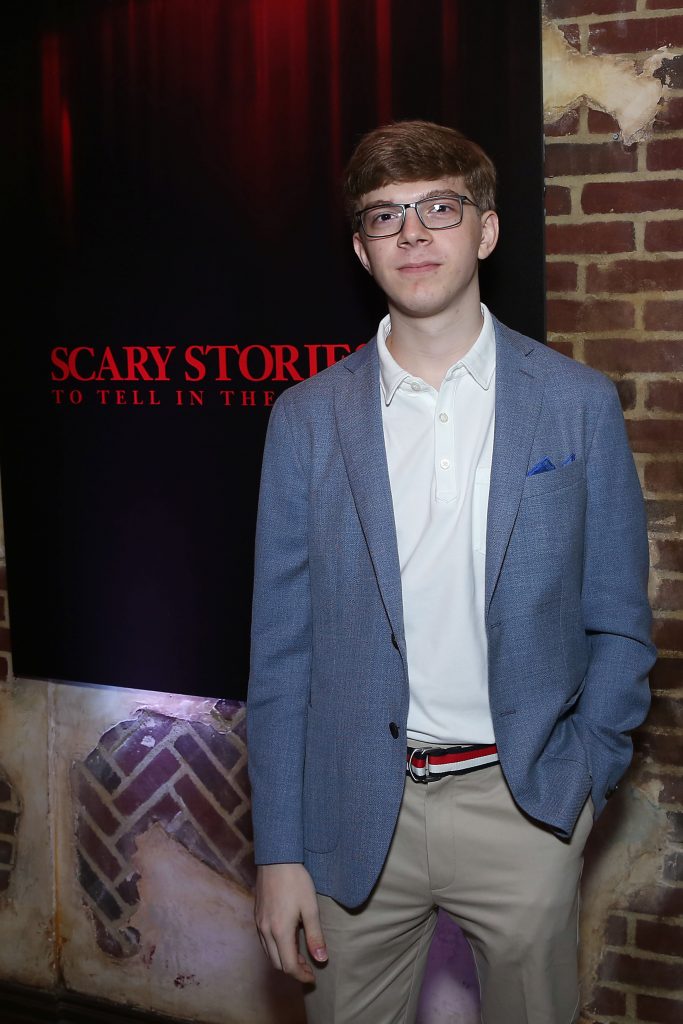