The indie horror homage will have its premiere next month.

INVERTED is the second feature film from Deranged Minds Entertainment, formed by Tristan Clay and Destinie Orndoff when they were just 18 in 2015. Following 2017’s RED EYE, Clay directed, Orndoff starred in and the duo scripted INVERTED, which also features Jeremy Gladen, Hannah Keeley, Jennifer Nangle, Kaici Lore, Maria Olsen and the original HILLS HAVE EYES’ Susan Lanier (pictured above). The synopsis: “The film follows an off-the-grid satanic cult in the 1970s that kidnap a diverse group of individuals to recruit for the Holy War against the second coming of Christ. The victims have a choice to join the family or fight to survive one of the most brutal satanic cults in the annals of American history…The Inverts.”

According to the duo, “Our first feature felt like we jumped into water we couldn’t touch and then we tried our best to get to the other side. Making horror films has always been something we’ve wanted to do since we were kids, so that urge and pure passion lit a fire under us that is impossible to extinguish. We self-taught ourselves everything we needed to know and just did it.”

INVERTED will have its world premiere on Saturday, July 30 at 7 p.m. at the Esquire Theater in Cincinnati, OH. Tickets can be purchased here, and Deranged Minds’ website can be found here. 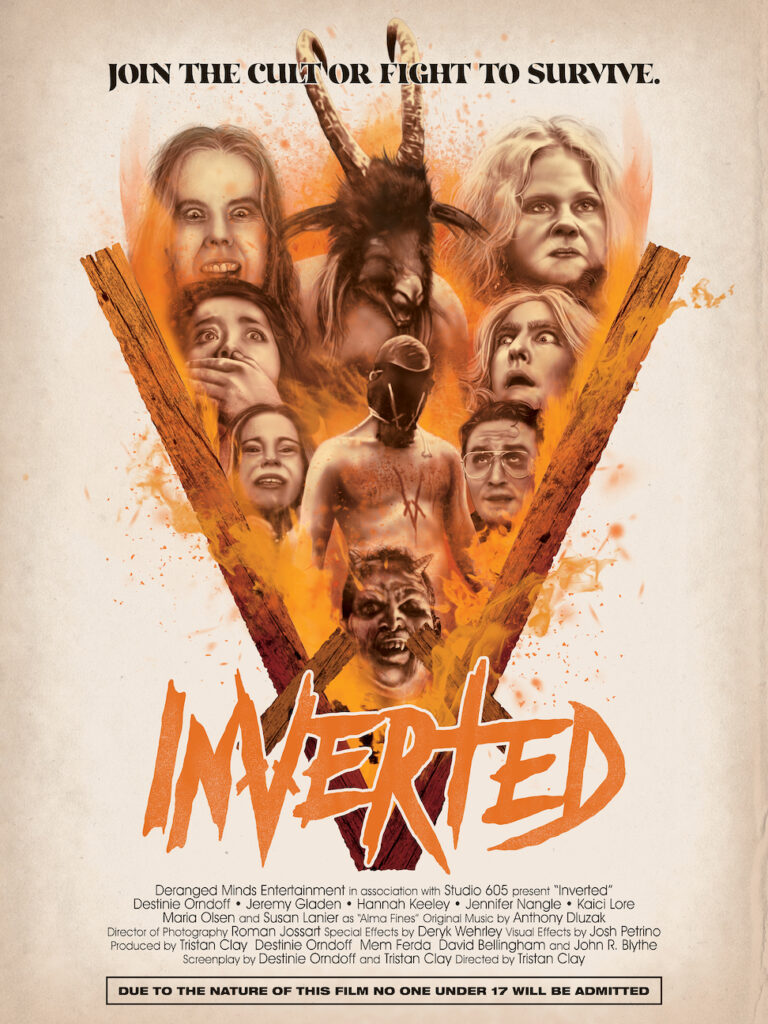 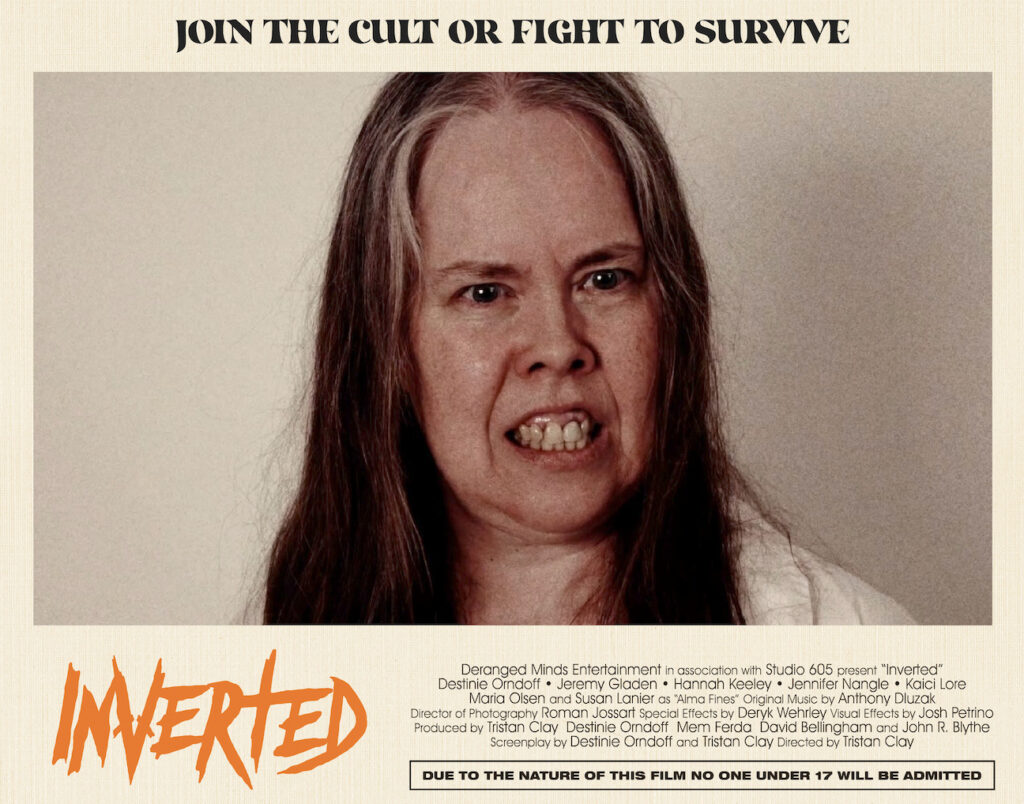 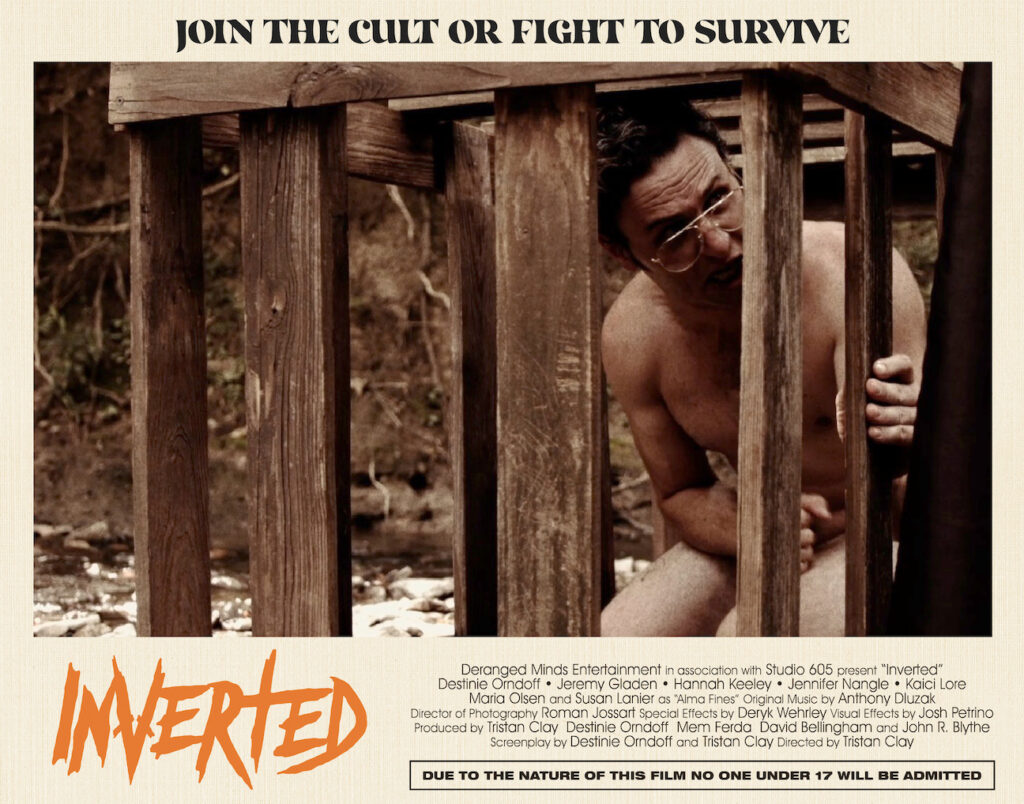 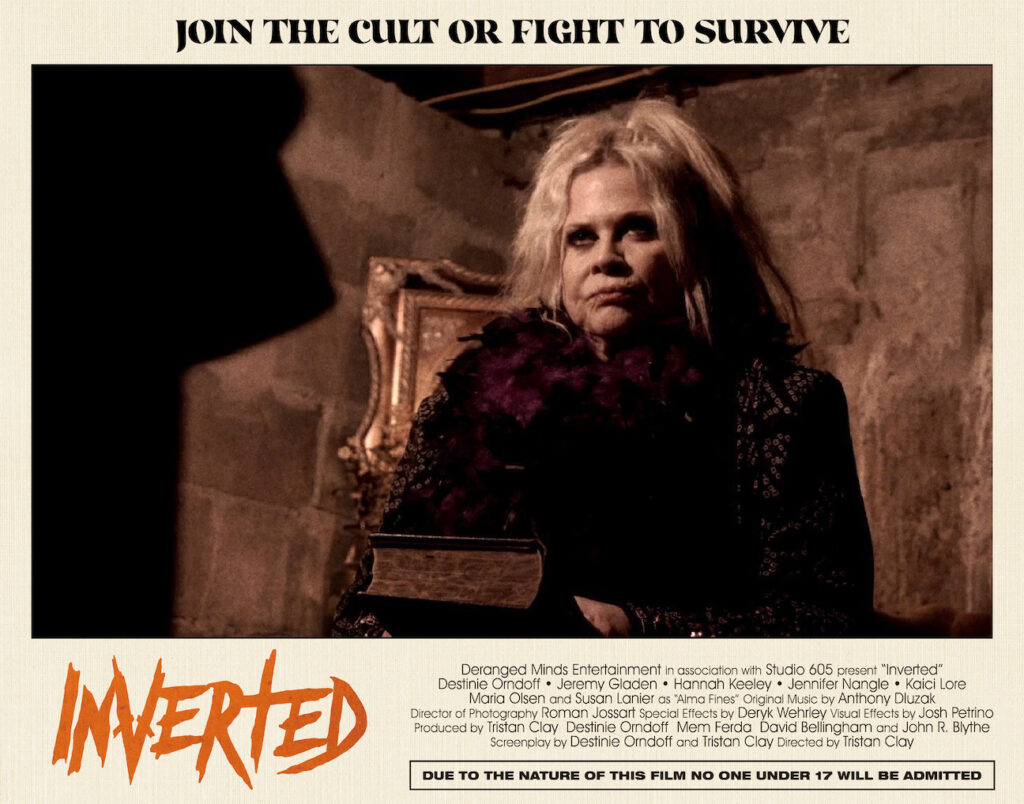