Salem Horror Fest Is Back In The Flesh This Weekend

After losing a year of live cinema due to the pandemic, Salem Horror Fest emerges from the virtual depths for their fifth anniversary with two weekends of premieres, shorts, and special presentations in partnership with the George A. Romero Foundation and support from Hollowed Harvest, a new pumpkin labyrinth in Salem beginning this Friday, October 1st – Monday, October 11th.Eight features will have their world premiere at Cinema Salem: Miracle Valley, the directorial debut of Greg Sestero (The Room, The Disaster Artist), Two Witches directed by Pierre Tsigaridis, LandLocked directed by Paul Owens, If She Screams directed by Stephen Garnett, The Free Fall directed by Adam Stilwell, Hideout directed by Kris Roselli, Death Cast directed by Bobby Marinelli, and So Vam directed by Alice Maio Mackay. The program includes 18 additional feature premieres. The 2021 jury was composed of forty judges to keep up with a doubling amount of submissions. Festival director Kay Lynch stated, “There was just no way to narrow them down to the best two hours so we increased the qualifying runtime by 100%. We want to feature as many filmmakers as humanly possible.” The Wicked Shorts 2021 showcase will feature twenty five films heavily dominated by women directors and queer characters. The George A. Romero Foundation will co-present a series of live and virtual programs to honor the work and legacy of horror master George A. Romero. Screenings will include previously lost films The Amusement Park and Iron City Asskickers and a special 100th episode live recording of The Faculty of Horror following presentations of The Crazies and Season of the Witch. The Satanic Temple will co-present a six-day marathon of Night of the Living Dead screenings at The Bridge at 211 with all proceeds going to support Texas Abortion Funds in light of SB 8 and other radical anti-choice initiatives.This year’s return will mark the beginning of an annual regional showcase featuring Massachusetts filmmakers called Local Mass Hysteria presenting seven hours of films on Monday, October 11th at Cinema Salem. Other live programs this year include a never-before-seen cut of Phantom of the Paradise with Archivist Ari Kahan from the Swan Archive, and a new pumpkin labyrinth from Hollowed Harvest. All of these programs are made possible in part with support from Syfy’s Day of the Dead, House of Boo, Fangoria, Shudder, and Alter. Live programs will run October  1 – October 11th followed by a virtual program October 22 – October 31 with additional treats in store. 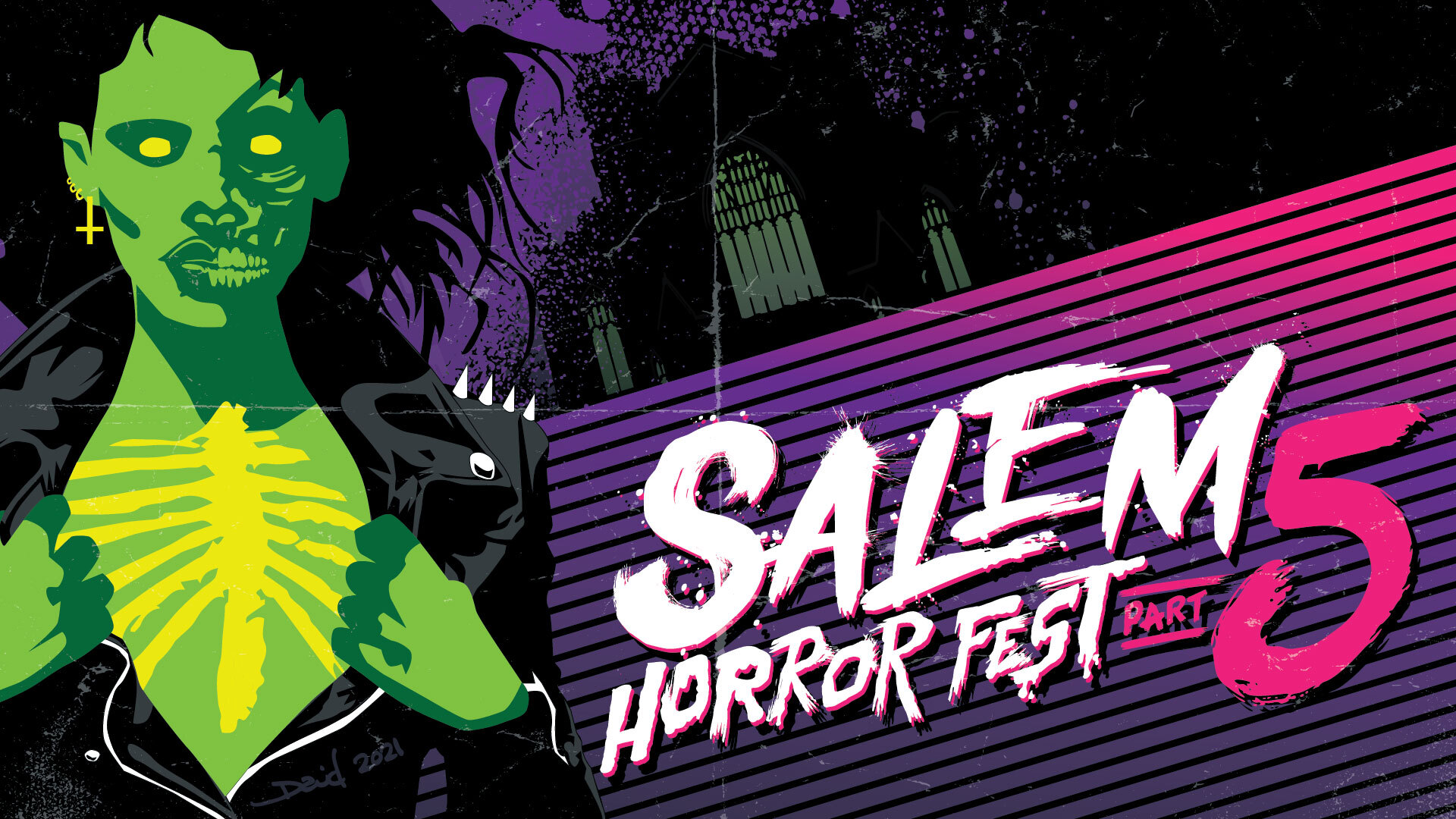