Having earned his honors in Directing and Writing from Cape Town’s AFDA Film School, Ryan Kruger has been hailed as one of the top music video directors in South Africa, where he continues to hone his award-winning craft. Always eager to broaden his horizons and build meaningful connections, Kruger’s style can be described as gritty, dynamic, and daring. He first got my attention with the release of an experimental short film which takes the viewer on a virtual drug-induced trip from hell. The short was released on YouTube in the summer of 2019 and stars a man you’ve never heard of named Gary Green. With zero acting experience, Green came out of seemingly nowhere to bend our minds and twist our reality for almost four intense minutes by embodying the uncanny brilliance of Kruger’s work. Then, to further expand upon Gary Green’s raw talent and the endless possibilities possessed by such a character, Kruger focused his efforts and vision on a feature length film of the same name, FRIED BARRY to showcase what he and his creative team are truly capable of.

I recently got the chance to catch up with the inspired filmmaker long enough to chat about his psychedelic alien possession feature debut, which hits Shudder this month. Below, we chat about how it all came together, what’s in store next from this promising filmmaker, and what exactly makes a “Ryan Kruger Thing.” 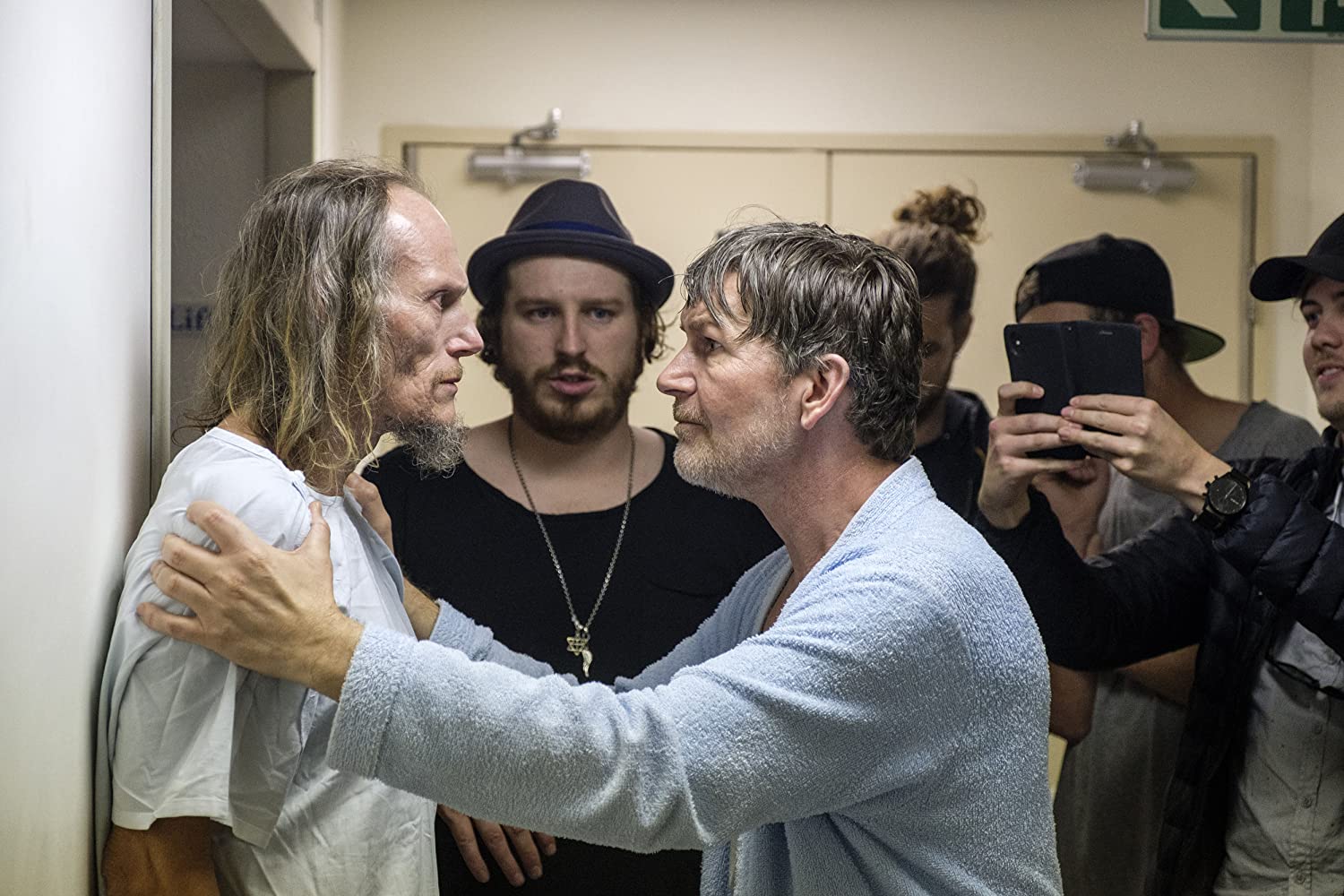 Prior to FRIED BARRY, Gary Green was mostly a background player who played extras in film. How the heck did you manage to pull this performance out of him?

I’ve worked with Gary in numerous projects over the years and he’s always excelled as a character actor because of his unique look. However, carrying an entire feature film as the lead actor was another challenge entirely. Even though Gary lacks the experience, I firmly believe he was meant to play this role; even the very best actors out there couldn’t play Barry the way he did. He gave it his all and it really shows on screen. The interesting thing about working with Gary, his character as an alien mimics a lot of people in the film, and when it came to directing him, I would say off camera to him, “Copy my face,” and “now do this face.” So, I was asking him to mimic me as well as I was getting all the reactions I needed for the edit in my head. There was a lot of improv in the film, but Gary was the only person I didn’t want to improvise, as I had to work with him very closely to get exactly what I wanted. Because he’s not a trained actor and this film really relies on our lead character, I had to be super strict with him.

What made you want to adapt the short into a feature?

The short is based around a very simple concept: the highs and lows of a drug addict freaking out in a warehouse during his latest hit. I made it as part of a series of experimental short films and never intended to take the idea further because of the simplistic concept and its place in the experimental series. After the hugely positive response to the short – 57 official selections, 12 awards, great reviews and a whole slew of fan art – I knew I was onto something. Many reviewers were asking if it would be adapted into a feature film and that got the wheels turning. I developed a story suitable for a feature film based mostly on the character and what kind of journey he would experience. It snowballed into this great story that I felt compelled to tell.

When I set out to make FRIED BARRY the feature, I really wanted to make a cult style ’80s film, which is where a lot of my love for cinema comes in. I am a big fan of ’80s cinema, and I wanted to have that iconic character people would speak about and like. I didn’t want to make another character with a mask or a monster, Superman has his cape and Barry has his denim look and, most of all, his amazing face. But everything had to be right for this film to work, especially the tone of the film. It’s easy to go the wrong way and not stay on that cult line. There were some scenes we edited that were so funny, but it just wasn’t the cinematic feel I wanted. So, we had to re edit.

One night, I got the idea for the whole film. I wrote a brief break down in three days, [and a] month later we were shooting. We shot the film over a year and a half and only twenty-eight days in total. It was great, because I had time to write and come up with new ideas. Even though I wrote the main pieces of dialogue in the film, I still wanted to be open for improv and not set anything in stone. I wanted to be able to live in the moment. If I got an idea on the spot, we could do it. I think this is where a lot of the magic came from.

That magic definitely comes through. Where did the motivation come from to keep pushing your limits until you got the film you needed to make?

FRIED BARRY was born out of total frustration [with] where I was in my career. I am known in South Africa as a music video director – doing narrative storytelling within music videos [with] sharp visuals. Although I always came up with my concepts and bands trusted me and let me do anything I wanted, I was still in a box, as I had to think about their audience and their music and being able to get it on major music video channels. I couldn’t really do my style.  I just never thought my first feature would have been FRIED BARRYa. I had all these other scripts to choose from, but it needed to be one-hundred-percent my style and a chance for me to be more creative and think outside of the box. But where I was at the time, I was in a bad place. I had an operation on my kidney and got sepsis and nearly died, went through a breakup, my cat got cancer, and I went into depression. It was all too much for me at the same time. While I was in this dark hole, I just said to myself, “What is the number one thing [you’ve] always wanted to do with [your] life?” And [the answer] was, to make a film. I just got the idea one night and I knew that this was the film to make. 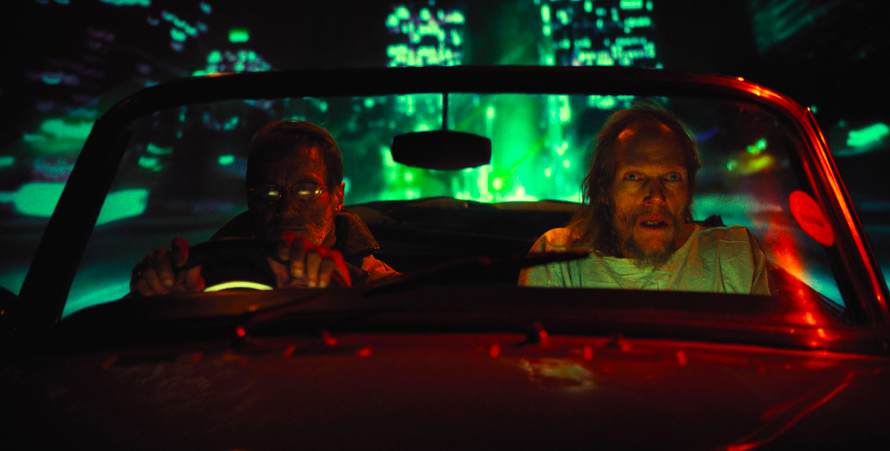 What would you consider as the biggest challenge in putting something together with a short running time as compared to working on a much larger feature project?

FRIED BARRY is by far the most expansive project I’ve ever undertaken. I have a lot of experience shooting commercials, short films, and music videos, but a feature film is an entirely different animal. Feature films are an entirely different league compared to short films. The stakes are higher, but they’re also much more rewarding. With the help of an amazing cast and crew, as well as my own personal experience, I felt I was totally ready to dive into the world of features. Now that I’ve finished FRIED BARRY, I’ve got a taste for features and I can’t wait to shoot my next one!

Does this mean you’re not going to be putting as much effort into making more shorts?

I’ve definitely gravitated more towards feature films in the past year or so, and definitely hope to keep growing in that realm. However, I would never leave short films behind entirely. I have so many ideas that I want to put on film – some of which would only work as short films and not features. For example, my collection of experimental films is still in the works and I’m very much looking forward to shooting the next part in the series.

How would you compare distribution challenges and opportunities with putting a short film in front of as many people as possible with getting a feature film seen on as many screens as possible?

The main difference with distribution for short films vs. features is simply that there’s a much greater market and demand for features. This factor plays into every part of the world of distribution for the two media. Although there are a number of great emerging platforms online dedicated to short films, the best way to get your short out there is still festivals and YouTube [or] Vimeo. The downside of this is that it’s very difficult to support yourself as a filmmaker if you’re only making short films. When it comes to features, avenues for distribution are a lot more numerous, but no less treacherous. The most important thing with feature film distribution is that, whatever distributor, sales agent, platform you choose, [you hope] they will see the value in your work and treat it with the care and respect it deserves.

What do you think fans of the short are going to be most surprised about when they finally got to watch the feature film version of FRIED BARRY?

Although FRIED BARRY still very much follows my personal style, it has grown in an entirely new and unexpected direction compared to the short film. Of course, the feature will dive deep into the character of Barry and fans of the short will get a chance to really get inside this character’s head. Additionally, we’ve expanded on the surreal world of the short and created a vibrant and gritty portrayal of Cape Town, South Africa that has never been seen on screen. Along the way, there are a lot of surprises and unexpected turns in the tale. Although the film is a genre-bender, it will appeal to fans of horror, sci-fi, and comedy. My aim is always to surprise and entertain my audience; FRIED BARRY excels in these two regards.

Anything else you’d like to say about FRIED BARRY?

Prepare for the unexpected!

FRIED BARRY will be available on Shudder May 7th, 2021.