Nightstream ’20 Review: “Rose Plays Julie” Is An Unsettling Reminder of the Horror of Feeling Powerless

In ROSE PLAYS JULIE, a young woman goes in search of her birth mother, a familiar set-up which unravels into an emotionally and physically dangerous exploration of the past. 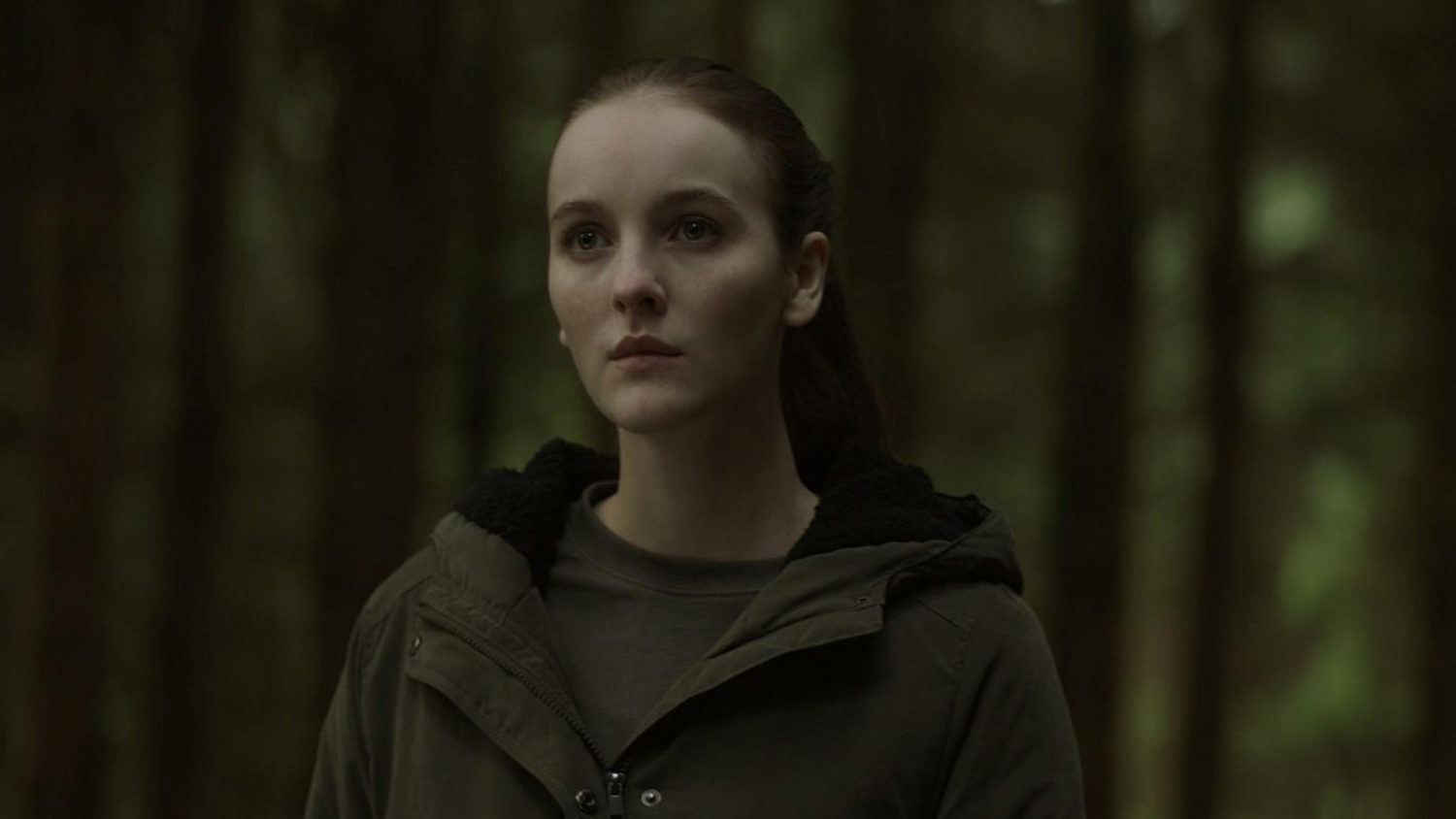 Rose (Ann Skelly) is a young veterinary student in Dublin who is a teenager when her parents reveal she was adopted. She develops an increasingly pressing need to know more about her birth parents, tracking down her mother Ellen (Orla Brady), an actor in London. This quiet obsession with Ellen transitions from watching her on-screen to following her to set and finally entering her house in the guise of a potential buyer. Yet, when Rose and Ellen meet, there is little pretence from either of them, with a sense that they both know there is too much at stake. The women are brought together by their honest and deeply painful conversation, bound by a shared sense of loss and also anger towards Ellen’s biological father, Peter (Aiden Gillen).

Written and directed by long-term filmmaking duo Christine Molloy and Joe Lawlor, ROSE PLAYS JULIE surveys the themes ofidentity, family, violence, power, history and trauma. An undercurrent of grief persists throughout ROSE PLAYS JULIE. It is implied when Rose explains her mother died, but is more firmly established in her memory of being told she was adopted, a revelation that enacts a break in her life and her very sense of self. But it is also Ellen’s life that has been disturbed, with Rose’s appearance exposing an old trauma anew. By acknowledging the different lives these women might have led, this fracturing of identity leads to a sort of doubling. Wearing a short wig, Rose adopts the persona of Julie when she meets Peter at one of his excavation sites. His career as an archaeologist is a clear metaphor for the past Rose is trying to access as she literally digs in the trenches. She draws from Ellen’s life here, pretending to be an actor and meeting Peter on the dig. However, Ellen is not as much a role model for Rose as a means to envision the alternate life she might have led. By confronting both known and imagined histories, Rose and Ellen are compelled to take action, for themselves and for each other. 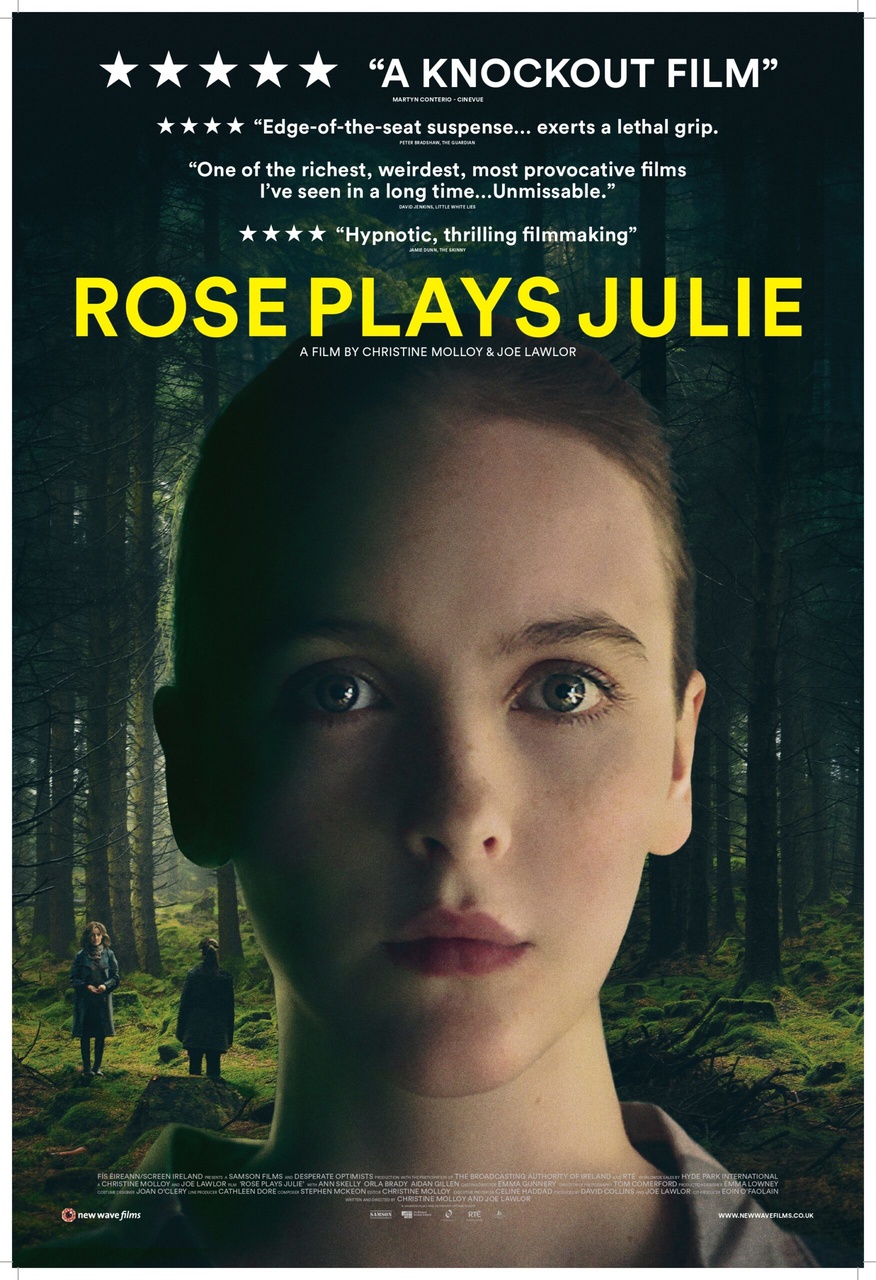 The plot of ROSE PLAYS JULIE does not twist and turn but rather gradually builds a sense of dread through steady pacing, punctuated by clipped editing, and enfolding, sometimes claustrophobic, sound. Watching the film is akin to being underwater – everything is slow and measured, but also icy cold. The emotions of the characters weigh down on the viewer, the pressure slowly increasing. Skelly’s performance is captivating; Rose simmers with feelings, conveying strength but also vulnerability. She is unerringly still, her face barely moving but wide eyes brimming with emotions. Brady is similarly compelling in the way Ellen quietly burns with sadness and anger, suppressed for many years until she performs a brutal monologue for Peter. Gillen is at once charismatic and unlikable, aware that he has experienced a privileged life with no consequences for his actions. Both Ellen and Rose seek retribution, needing Peter to answer for his actions against them and, presumably, other women.

Enacted with an unwavering finality, the conclusion demonstrates that revenge does not need to be sensational, elaborate or excessively violent to be what the women need to heal. The newly-established relationship between Ellen and Rose is forged not simply by biology but through their shared actions. ROSE PLAYS JULIE is an unsettling and tensely-wound reminder of the horror of feeling powerless, inherited trauma and the unwavering presence of the past.