The conversion that has received a handful of screenings so far is going wide late next month.

The original uncut 1979 theatrical version of George A. Romero’s DAWN OF THE DEAD has been adapted to the 3D format under the frame-by-frame supervision of original producer Richard P. Rubinstein, with no alterations to Romero’s edit. The dimensional DAWN has played a few venues previously, including a sold-out screening at New York City’s Museum of Modern Art this summer, and now Rubinstein’s New Amsterdam Entertainment Inc. is partnering with Regal Cinemas to open it in 250 theaters nationwide. It will play a minimum of six shows at each site over the four-day Halloween weekend: Friday, October 28 through Monday, October 31, Halloween night. Tickets will be available from the box offices, or click here to order them on-line. 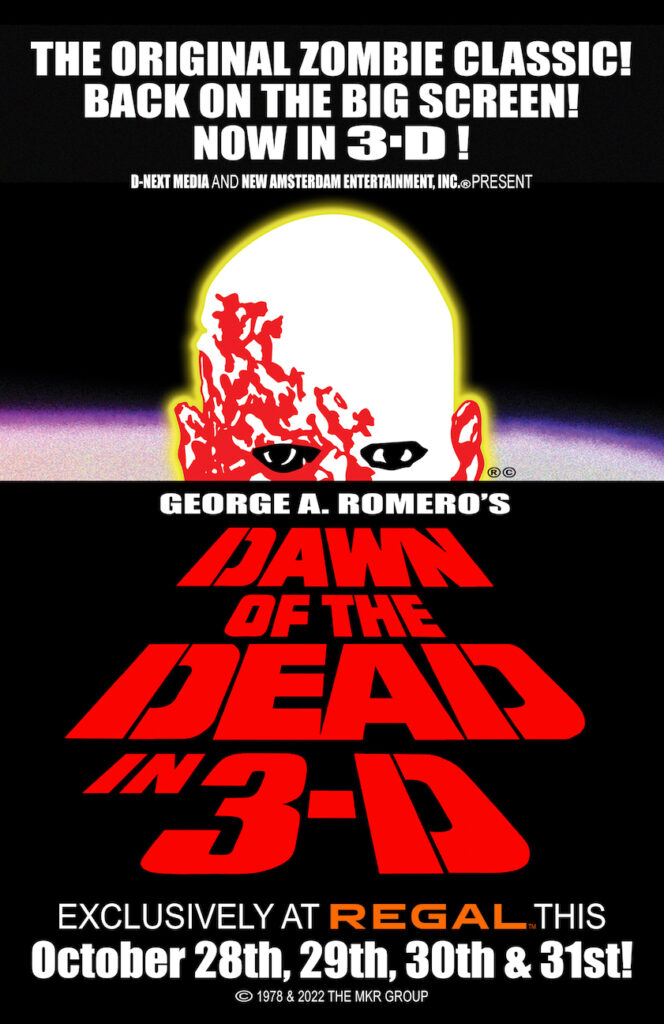