The Three Headed Giant Game from Quirky Engine Entertainment RITES OF CTHULHU STRATEGY CARD GAME is a Lovecraftian game rich in mythos and offering up many twists on traditional card play. Consisting of 75 cards, including 56 Entity cards, 13 Artifact cards, 6 Power Play Reference cards and 6 Rites Tablets is a pretty straightforward set up that everyone should be able to catch onto with ease. 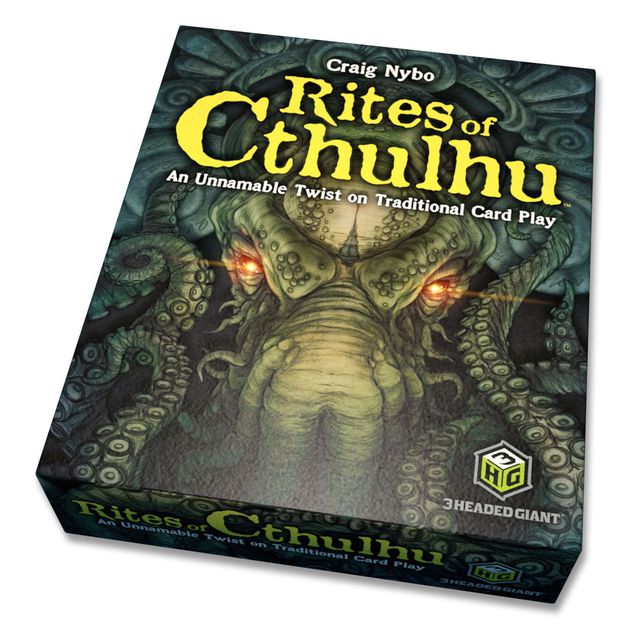 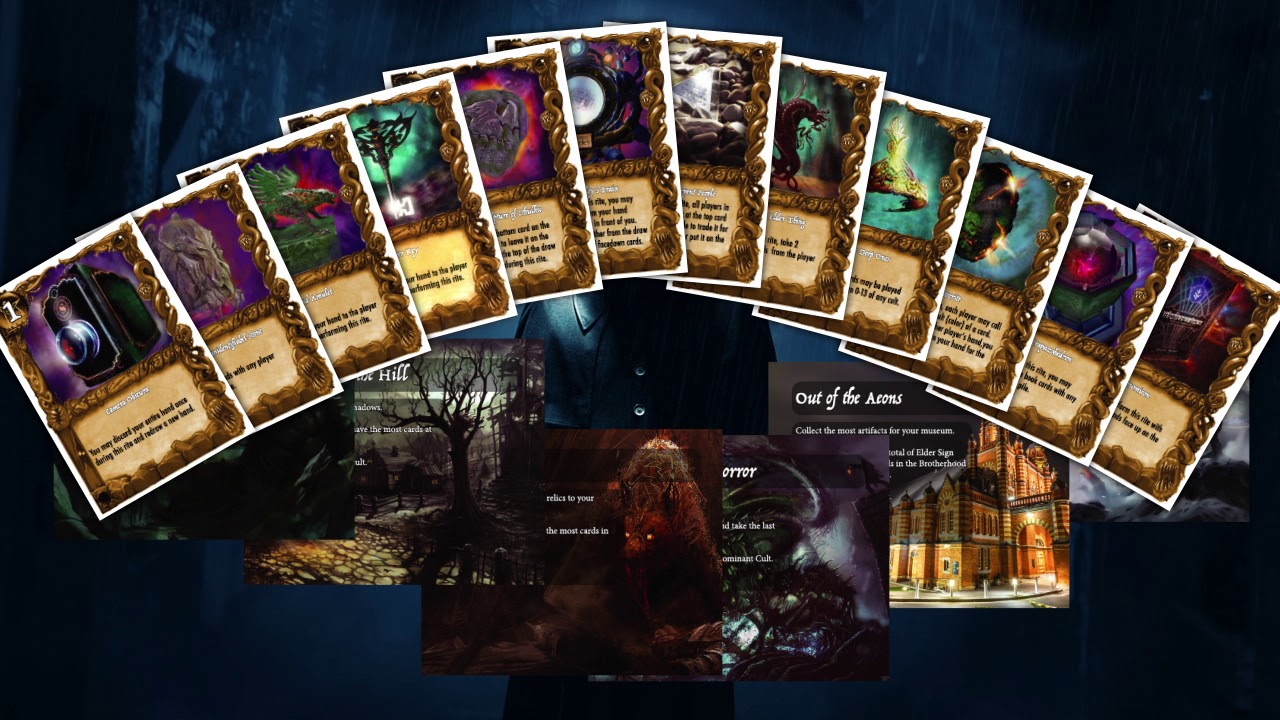 Overall, RITES OF CTHULHU features a superb selection of gameplay with catchy high-quality artistic game cards. Game Designer Craig Nybo along with Illustrators Mike Terrell, Ievgenii Pylypets, Jerick Vhan, Dinh Nguyen and Dereck Benson are all massive horror fans and Craig Nybo did a large amount of research and development on this game. He also hand-picked the artists he wanted to work with on this game all leading to the spectacular Lovecraftian world which takes shape once you pop open the box on the game.

The love for all things Lovecraft shines throughout the game, making many references to his body of works and using artifacts found in the stories the late author released. Craig Nybo (a published author and musician) has also narrated stories by Lovecraft that were featured in this game in a free download link (included in the instructions booklet).

RITES OF CTHULHU is easy enough for beginners and complex enough to keep the most seasoned card gamer intrigued. Gameplay takes about 40-60 minutes, which is about the perfect amount of time for a party game or even just a one on one quick play. I can also confirm that new expansion packs are already in the works with more details to be released later this year. So get ready to immerse yourself heavily in the exciting dark worlds that have been put forth in front of you and lead your cult to ultimate victory.