Movie Review: “BEYOND THE WOODS” is beyond weird

Have you ever suffered from derealization? The term refers to “an altered state of self-awareness and identity that results in a feeling of dissociation, or separation, from oneself, one’s surroundings, or both.” I can personally attest to the fact that the effect can be disorienting and debilitating. Once, in a crowded restaurant, I was overcome by a sense that nothing was real and began to panic. Somehow I was able to drive home but even safe in my own house I still felt I was in a state of extreme surreality, much like how I imagine the characters in BEYOND THE WOODS felt.

Written and directed by Sean Breathnach, BEYOND THE WOODS is a low-budget, supernatural trip draped in a ratty slasher cloak. The film is disorienting, at times brilliant, at others inept, always strange. The film features a handful of off-screen kills, one severed head, a killer wearing what looks like a Ghillie suit mixed with a black tarp carrying an axe, a well that doesn’t seem to exist, a sinkhole that may or may not be a sinkhole, and a demonic soul quota. Add in lots of drinking, some drug taking, an illicit affair and some surprisingly strong performances, and you get a film that sits uncomfortably between so bad it’s good, and so weird it’s worth it.

Neither watchable nor unwatchable, BEYOND THE WOODS spins around in its own universe, equally engaging and boring. It’s tone deaf, yet it still retains a decent ear through the first two acts. In many ways BEYOND THE WOODS feels like a polished shot-on-video horror flick directed by M Night Shyamalan. Really, it’s that bizarre.

The film starts off when a group of friends get together for a hazy weekend at a country cottage that is unfortunately situated close to a sulfurous sinkhole. At first things seem to be going relatively well – booze is flowing, reefers are a smokin’ and everyone seems to be having a good time. But then an entity, possibly from another realm, crashes the party intent on slaughtering all in attendance.

BEYOND THE WOODS is an indie exercise in derealization. Should you watch it? Sure. Will you enjoy it? I don’t even know if I enjoyed it! All I know is I don’t feel like I wasted my time. But I may have lost time in a parallel dimension.

BEYOND THE WOODS is currently on DVD and VOD. 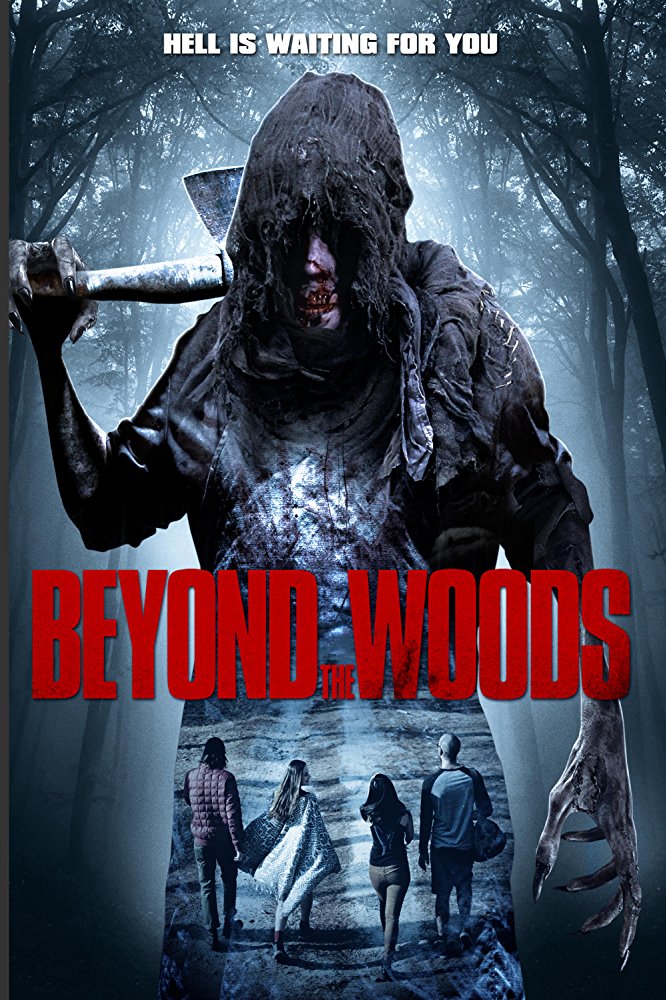