The sociopolitical horror film is set for release next month.

Midnight Releasing has announced that it will bring RED PILL to digital platforms December 3. Written, directed, produced by and starring Tony Award-winning actress Tonya Pinkins, it also features Rubén Blades (FEAR THE WALKING DEAD), Catherine Curtin, Kathryn Erbe (STIR OF ECHOES), Colby Minifie, Luba Mason, Jake O’Flaherty and Adesola Osakalumi. The synopsis: “On the eve of the 2020 election, a posse of ​six ​progressives ride into red country armed with heart, humor and naiveté​; what they really need is heavy artillery.​ Despite the glaring warning signs that Cassandra [Pinkins] is so keenly aware of, the group ignore the red flags and focus on their triumphant dreams of getting the vote out​. ​A frightening, ​prescient ​look at ​​the weaponization of Whiteness in America​; their dreams of getting the vote out are quickly slashed–death is their final ballot entry.”

“I wrote my own personal GET OUT,” says Pinkins, “#Uprising2020 is White people waking up to the world Black and Brown folks have always known. Black women are intimately familiar with ‘Becky’ and ‘Karen,’ White women who, on the low end of the spectrum, treat us as invisible, and on the high end weaponize their whiteness and sometimes cost us our lives. RED PILL’s #Karensgonewild is a dose of what’s coming to America if liberal Whites don’t wake up.” 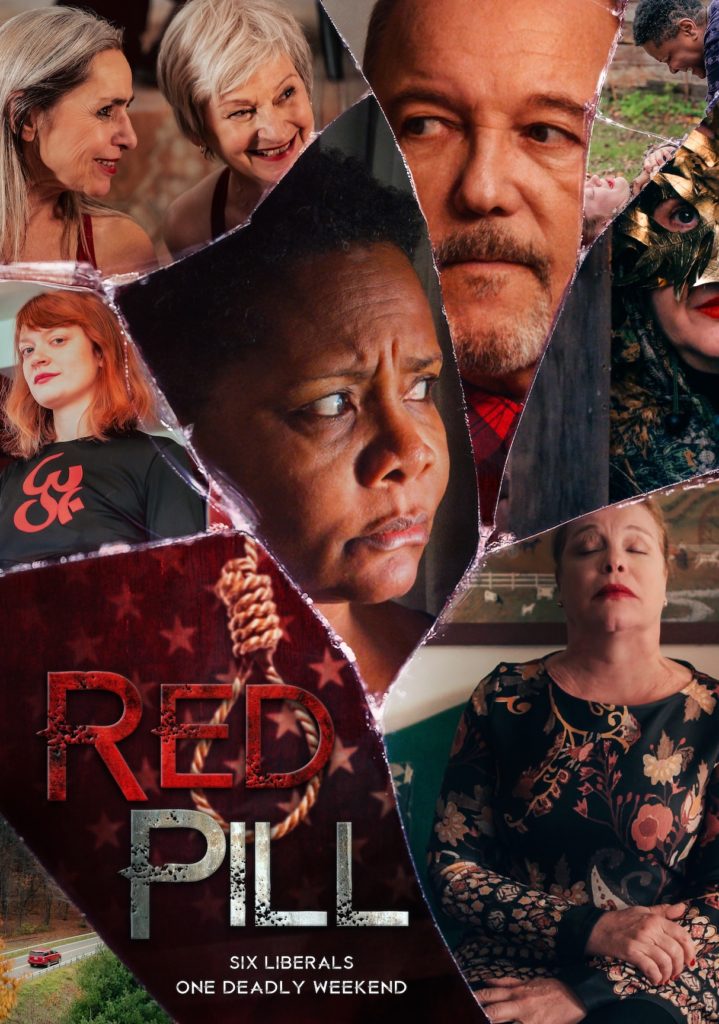