Following a successful festival run (which includes a showing next Wednesday, August 1 at Montreal’s Fantasia), Colin Minihan’s psychochiller WHAT KEEPS YOU ALIVE sees general release later next month. Jump past the jump to see the latest trailer.

IFC Midnight brings WHAT KEEPS YOU ALIVE to select theaters and VOD August 24. Brittany Allen (from Minihan’s IT STAINS THE SANDS RED) and Hannah Emily Anderson (the forthcoming THE PURGE TV series) star, along with Martha MacIsaac (THE LAST HOUSE ON THE LEFT) and Joey Klein. The synopsis: “Jackie [Anderson] and Jules [Allen] are a couple celebrating their one year anniversary at a secluded cabin in the woods belonging to Jackie’s family. From the moment they arrive, something changes in Jules’ normally loving wife, as Jackie (if that even is her real name) begins to reveal a previously unknown dark side—all building up to a shocking revelation that will pit Jules against the woman she loves most in a terrifying fight to survive.” (Note: The trailer is red-band, and also reveals certain plot details; the film is best seen with as little knowledge of its storyline as possible.) Minihan and Allen talk about WHAT KEEPS YOU ALIVE here. 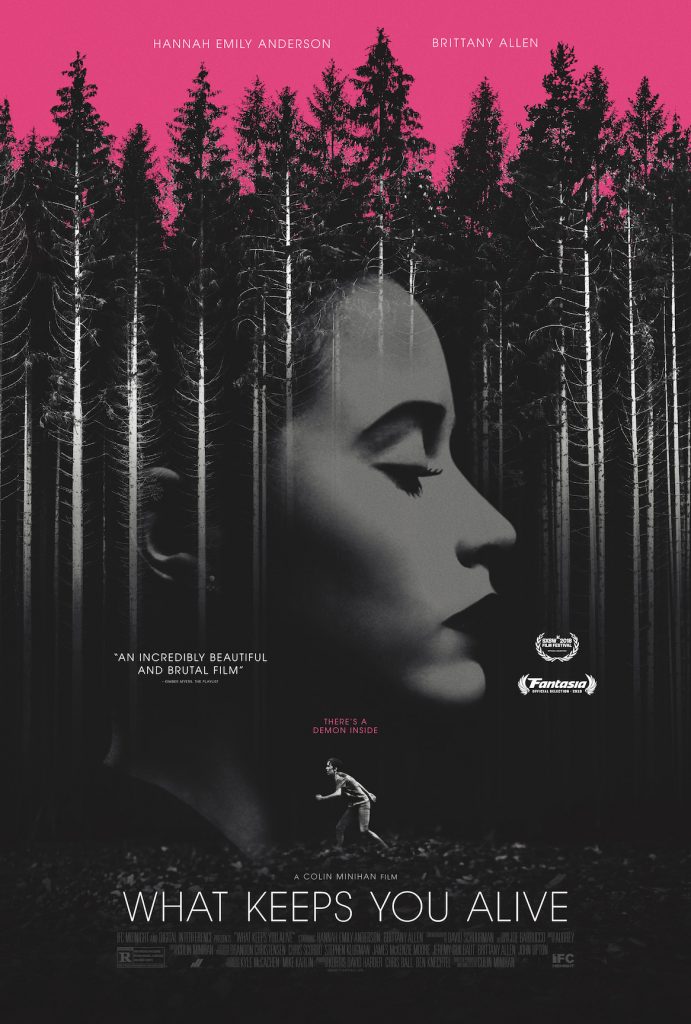