A different kind of zombie/survival story is told by THE NIGHT EATS THE WORLD, which has won raves at festivals and now has a U.S. release date. Read on for that info and a look at the new poster.

Blue Fox Entertainment brings THE NIGHT EATS THE WORLD to select theaters and on VOD July 13. Set in Paris and directed by Dominique Rocher, it was filmed in both French and English; Blue Fox is releasing the latter version. Rocher, Guillaume Lemans and Jérémie Guez scripted from the novel by Pit Agarmen, and the film stars Anders Danielsen Lie, Golshifteh Farahani, Denis Lavant, Sigrid Bouaziz and David Kammenos. The synopsis: “After waking up in an apartment the night after a raging party, Sam comes face to face with his new reality: An army of zombies have invaded the streets of Paris and he is one of the lone survivors. Petrified with fear, he barricades himself inside the building to survive. He wonders how long can he last in silence and solitude, and the answer comes when he learns that he’s not all alone after all.” 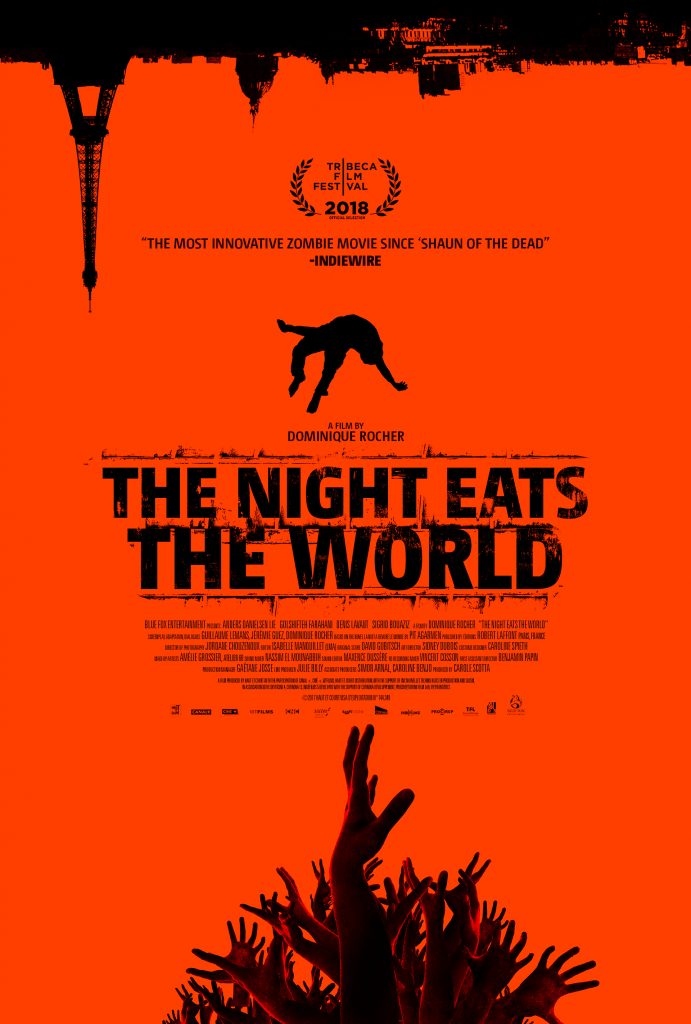