“POSSESSOR’s” Andrea Riseborough is haunted in “HERE BEFORE”; trailer & poster

The psychological thriller is coming next month.

Saban Films will bring HERE BEFORE to theaters February 11 and VOD February 15. Written and directed by Stacey Gregg, it stars Andrea Riseborough (POSSESSOR, THE GRUDGE), Jonjo O’Neill, Niamh Dornan, Eileen O’Higgins, Martin McCann and Lewis McAskie. The synopsis: “When new neighbors move in, Laura [Riseborough] is awakened from her mundane daily routine of errands and exercise. She becomes transfixed by their young daughter, Megan [Dornan]. Megan’s parents Marie [O’Higgins] and Chris [McCann], initially don’t seem to mind as Laura offers Megan a ride home from school and an invitation to dinner. Her husband Brendon [O’Neill] grows concerned as his wife’s infatuation with the young girl spirals into increasingly erratic behavior. Eerily, Megan seemingly knows far too many specific details of their family life and displays similar mannerisms of their dead daughter. Is the trauma of losing her child causing Laura to lose grip on reality, or is Megan truly the reincarnation of her daughter?” 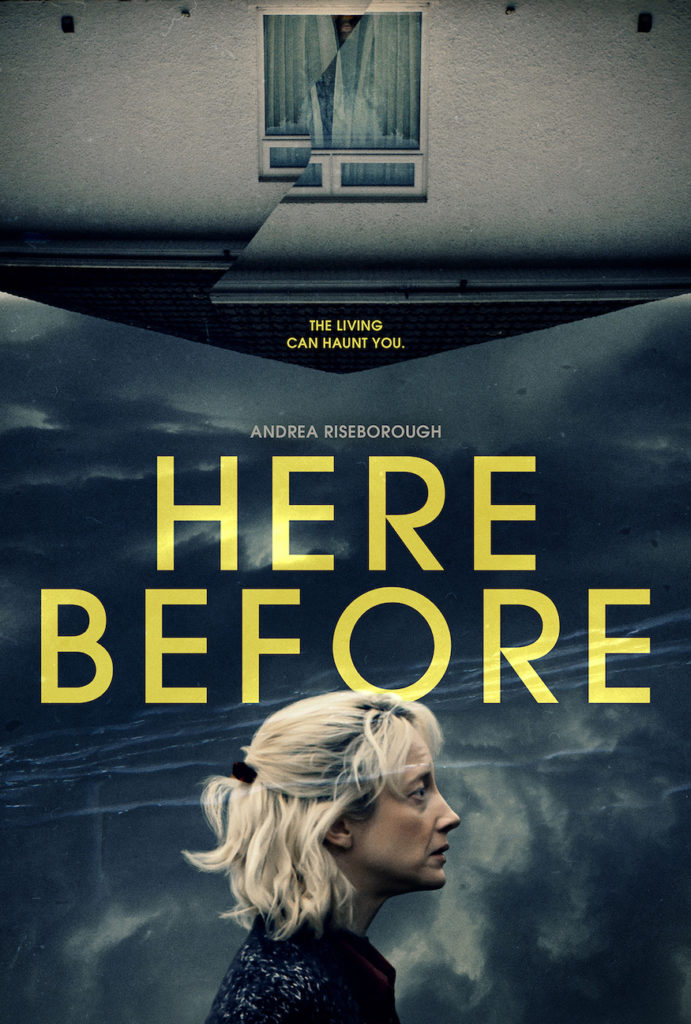