Proprietor of high quality horror merchandise Pixel Elixer is proud to present a new element to show love to the horror genre. Bite-Sized Frights is an original audio horror series covering paranormal, terrifying folklore, urban legends and all things spooky in small doses.  The style of the series is in the same vein as the well-known Night Gallery and Unsolved Mysteries television series. Each episode has a running time of approximately 20 minutes and is released weekly on Fridays.

The first 4 episodes are out now and can be found below:

“The Slaughter at Lake Bodom”: On a warm summer night in 1960, a group of teenagers were brutally murdered on the shores of the picturesque Lake Bodom in Finland. They were hacked to death while they slept in their tent, in an attack so frenzied and horrifying, it is said to have inspired the Friday the 13th movies.

“The Ship of the Dead”: The ocean has always been a place of dark mystery—The Bermuda Triangle, Atlantis, The Flying Dutchman… When a search party boarded the drifting S.S Ourang Medan in 1947, they made a haunting, grisly discovery that sparked a maritime mystery which remains unsolved to this day.

“The Blood Countess”: If even half the stories about Countess Elizabeth Báthory were true, her reign of blood-soaked terror would make her the most vicious serial killer of all time with a legacy carved from the flesh of over 600 innocent victims…

“The Mysterious death of Elisa Lam.” When 21 year old student Elisa Lam vanished from a hotel in downtown Los Angeles, the circumstances that surrounded her disappearance would create one of the most baffling and disturbing mysteries of modern times. Some say the key lies in the Japanese urban legend of the Slit-Mouthed Woman.

All episodes are also available on Spotify, as well as iTunes or just about anywhere people normally get their podcasts.

On top of this new offering, Pixel Elixir adds a new shirt design with The Woodsboro Brewing Co. Capsule Collection. The shirt depicts an illustration of Ghostface (who fans will remember from the Scream film franchise) holding a knife and schooner of beer, with the words “Woodboro Pale Ale, since 1996” on it. The shirt is available in t-shirt, half sleeve and women’s style tees of various sizes starting at $19.99 USD. 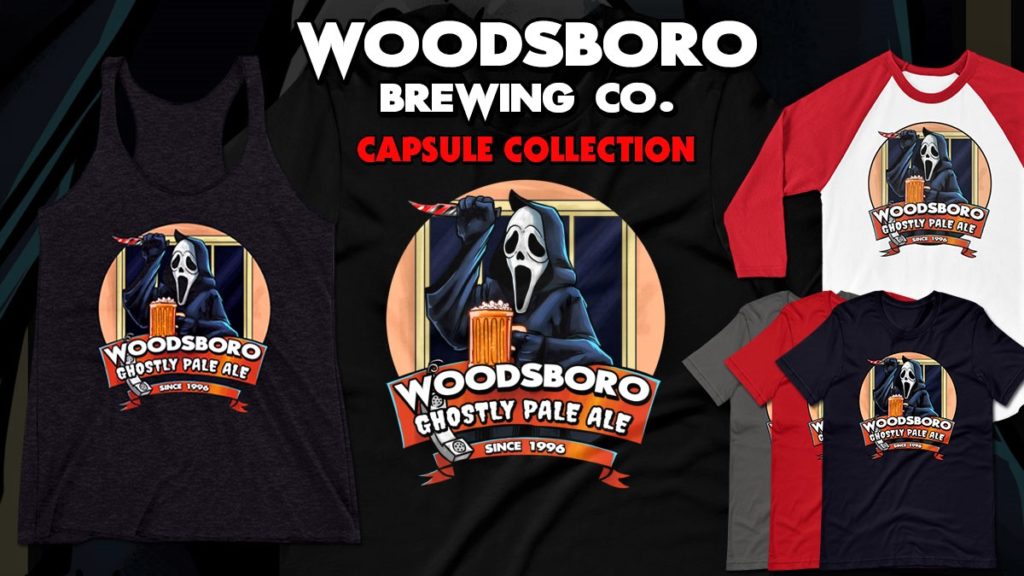