Screening at 9:30 p.m. at the Village Cinema East (189 2nd Avenue; see details here), BLACK WAKE was helmed by Jeremiah Kipp, whose numerous genre short films have won him praise and awards. Nana Gouvea, Tom Sizemore, Johnny Beauchamp, Vincent Pastore, Chuck Zito and Eric Roberts star. The story, told in the found-footage format, concerns mysterious deaths along the Atlantic coast that are investigated by a team of specialists, who uncover monstrous culprits that call to mind the Old Ones of author H.P. Lovecraft. This angle helped Kipp overcome his misgivings about the vérité format employed by screenwriter Jerry Janda.

“I’ve always loved H.P. Lovecraft; I’m from Rhode Island, which is Lovecraft country,” Kipp tells RUE MORGUE. “When Jerry came to me with this script, I was put off at first, because I don’t like found-footage movies. It doesn’t intrigue me as a concept, and I find it a limiting form. But I went back to Lovecraft’s stories, and as any fan of them will know, they’re epistolary and told through letters in the Victorian style. So I thought, ‘Well, that’s kind of an ideal match for the found-footage format,’ which is grounded in a kind of documentary realism.” 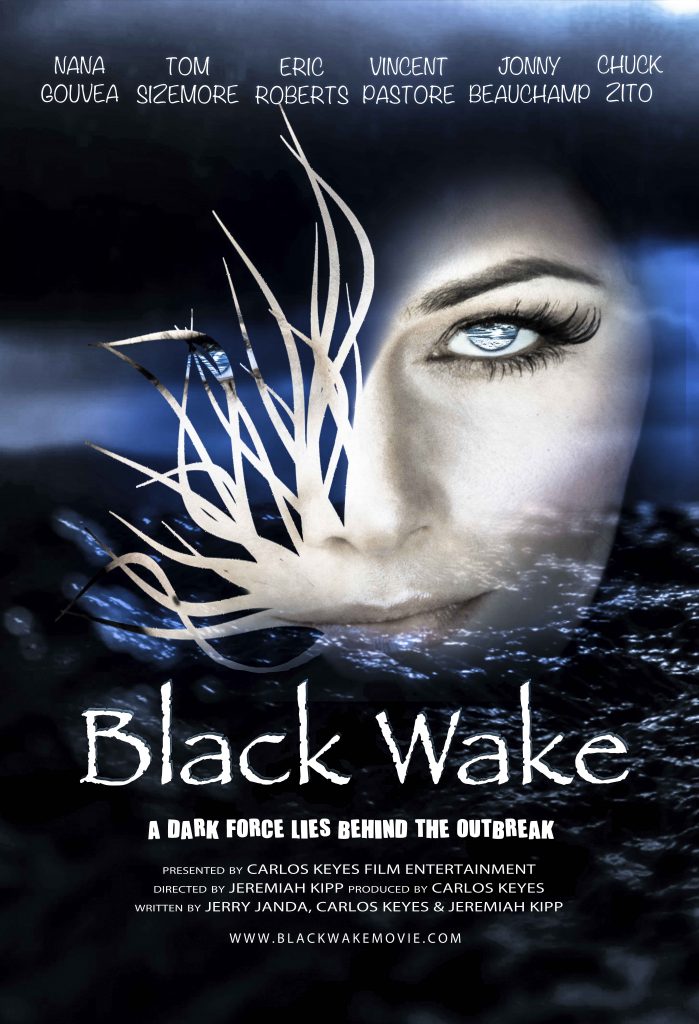 In preparing to tackle this approach, “I started looking at documentaries, which I found more interesting than found-footage movies. I could see that if a documentary crew was working on this story, this is what it would look like. Or if somebody was incorporating found footage into their documentary, it might resemble something like what we’ve done. So I found it more helpful watching stuff by guys like Errol Morris and Albert Maysles. That’s when I started to figure out my camera placements based on that style, more than trying to shoehorn it in, where it’s like, ‘Why would they keep the camera rolling here?’ That’s something I find as distracting as ‘My cell phone doesn’t work!’, you know? It has become one of those modern clichés that’s really hard to get around.

“And again, I felt that rereading a lot of Lovecraft was helpful, because it’s about people trying to document their findings. These people are scientists and detectives who are trying to piece together footage that can build a case, as opposed to, ‘Hey, let’s go film our spring break!’ and then, ‘Wait, what’s happening?’ There is a little bit of that in BLACK WAKE, where they’ve discovered materials that people have filmed, but what I really liked about Jerry’s script was that those things usually got cut off at appropriate and dangerous moments.

“Also,” he adds, “I’ve always wanted to do a movie with big creatures and things like that, and this was an opportunity to make one. Some of the monsters that appear later in the film are quite large in scale, and it doesn’t look good for the planet Earth in the end!”

Putting those beings on screen required an expected large amount of special effects, though Kipp didn’t want them to be wholly digitally created. “It’s a mix,” he notes. “We built off of practical effects, always starting from something physical and then applying CGI to that. I don’t love it in a low-budget movie when it’s all computer effects; you can kind of see the cheapness of it. I believe it’s wiser to start with the practical.”

There were other practical concerns when it came to shooting the scenes set in and around the ocean. “Jerry wrote the script as a bit of a joke,” he recalls, “because in our previous short PAINKILLER, the first scene was like, INT. CRAMPED ROOM. It was actually a big set, but it wound up feeling cramped after we had all our gear in there. We would joke with Jerry: ‘Why don’t you write EXT. MAUI – DAY? Why can’t you write EXT. BEACH?’ That, combined with me saying in an interview that I didn’t like found-footage movies, inspired him to write BLACK WAKE. He told us, ‘Oh, I wrote you guys the beach scenes, I thought that would be nice.’

“Then, as it turned out, working on the beach was like LAWRENCE OF ARABIA: trudging across the sand under the hot sun, constantly guzzling tons of water. It was difficult and challenging, doing effects that were baking in the heat. The whole process was just as intense as being inside a cramped room!”