The hallucinatory film is coming to big and small screens soon.

Netflix will release FEVER DREAMS to select theaters October 6 and its streaming service October 13. Claudia Llosa directed from a script she wrote with Samanta Schweblin, based on the latter’s novel, and the cast is headed by María Valverde, Dolores Fonzi, Germán Palacios, Guillermo Pfening, Emilio Vodanovich, Guillermina Sorribes, Marcelo Michinaux and Cristina Banegas. The synopsis: “A woman named Amanda [Valverde] vacations in a sleepy Argentine village with her young daughter Nina [Sorribes]. Ever-concerned with her daughter’s welfare, Amanda constantly calculates the ‘rescue distance’ needed to protect her child. She soon discovers that things around her are not as they seem. A local boy named David [Vodanovich] interrogates Amanda, as she struggles to make sense of her surroundings. The beauty of the bucolic countryside is a striking counterpoint to an eerie story of dark forces, powerful emotions, and pervasive dangers.” See the movie’s Netflix page here. 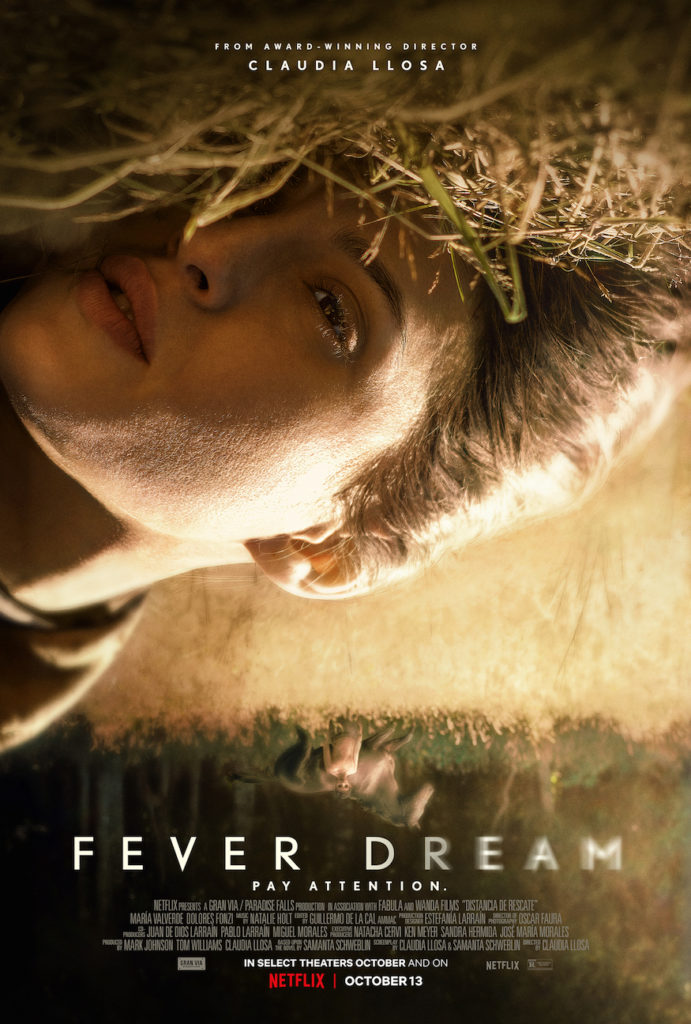