The self-help-turned-hellish opus will summon you to view it this summer.

XYZ Films has announced that it has picked up the Faustian fright feature THE SUMMONED out of the just-concluded Overlook Film Festival, with a July release planned in North America. Directed by Mark Meir from a script by Yuri Baranovsky, it stars J. Quinton Johnson (Broadway’s HAMILTON), Emma Fitzpatrick, Salvador Chacon, Angela Gulner and Freddy Douglas. The synopsis: “Young Elijah [Johnson] attends a self-help retreat with his rock-star girlfriend Lyn [Fitzpatrick], unaware that the enigmatic doctor who runs the estate has summoned him here to settle a generations-old supernatural debt.”

“All I can say is that I felt summoned to work on THE SUMMONED!” says XYZ’s James Emanuel Shapiro. “Mark, Yuri, and Angela created something smart and scary, and I can’t wait to show this to as many people as possible!” 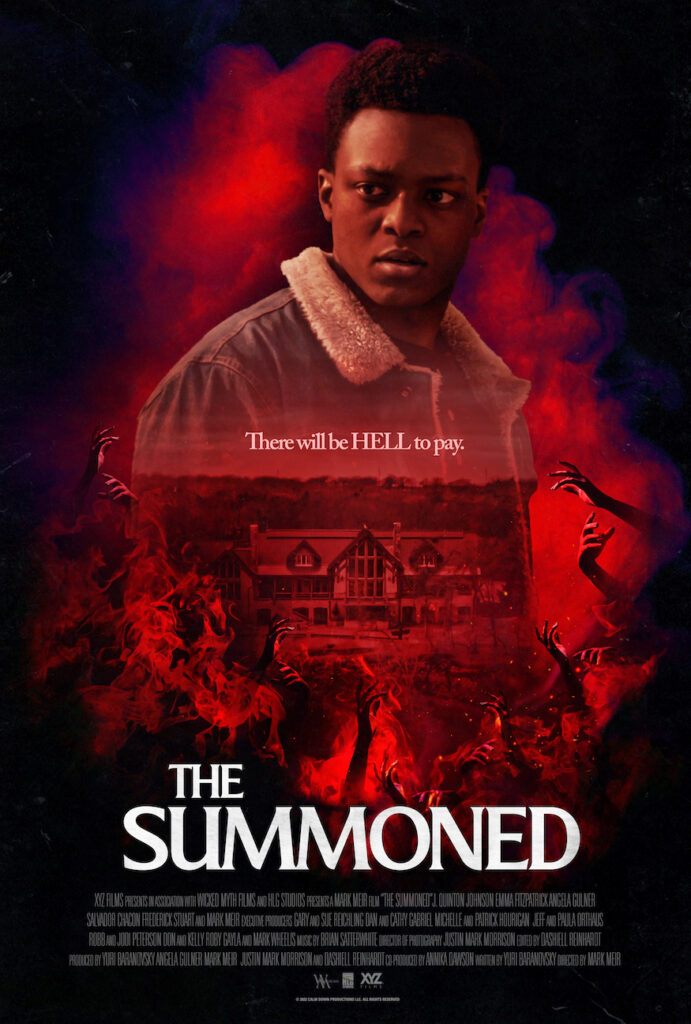