Yep, last year’s genre-masher is getting a sequel.

Wild Eye Releasing has revealed the first photos from OUIJA SHARK 2, which is currently in production. Produced by Wild Eye and Survival Zombie Films, the follow-up sees John Migliore (pictured below) return in the lead role of shark-battling dad Anthony, in addition to scripting and taking over directing from the previous movie’s Brett Kelly. Also back from the original are Kylie Gough as Illyana and Simon Wheeldon as Caldura, joined by Deborah Jayne Reilly Smith as “a mysterious new character named Cressida.” Mike Trebilcock and Semetary Spawn will be providing the movie’s score and songs, and the PR promises, “The film is packed with shark action special effects and promises to offer even more bizarre and inter-dimensional weirdness for fans than the first film.”

“The world of Ouija Shark is steeped in both fantasy and the occult, making almost anything possible. I’m looking forward to providing more than a few surprises,” says Migliore, whose previous directorial credits include CREATURE FROM CANNIBAL CREEK, EXORCISM OF THE DEAD and POLTERGEIST ENCOUNTERS. We’ll keep you posted on when OUIJA SHARK 2 will be released to put a bite on you. 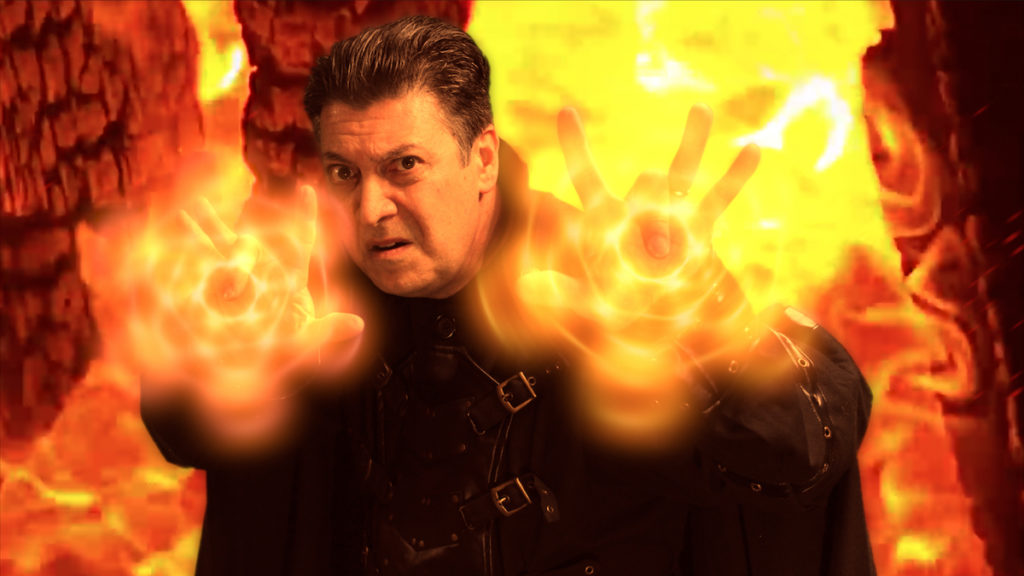 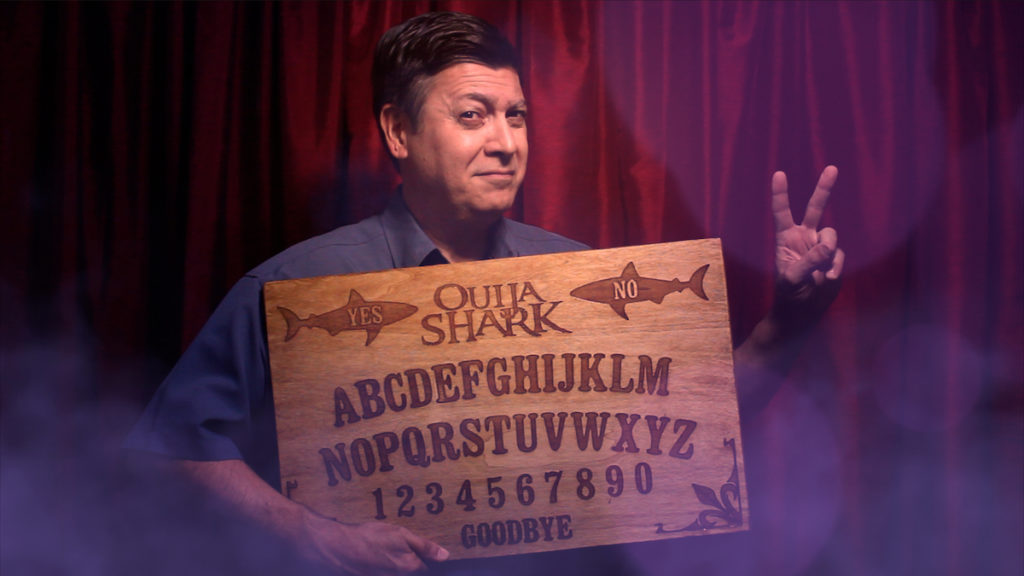