One of the year’s most anticipated releases has colorful new promo art.

Focus Features brings LAST NIGHT IN SOHO exclusively to theaters October 29. Directed by Edgar Wright from a script he wrote with Krysty Wilson-Cairns, it stars Thomasin McKenzie, Anya Taylor-Joy, Matt Smith, Terence Stamp, Diana Rigg, Rita Tushingham, Michael Ajao and Synnøve Karlsen. The synopsis: “In acclaimed director Edgar Wright’s psychological thriller, Eloise, an aspiring fashion designer, is mysteriously able to enter the 1960s where she encounters a dazzling wannabe singer, Sandie. But the glamour is not all it appears to be and the dreams of the past start to crack and splinter into something far darker.” See our rave review of LAST NIGHT IN SOHO in RUE MORGUE #202, currently on sale. 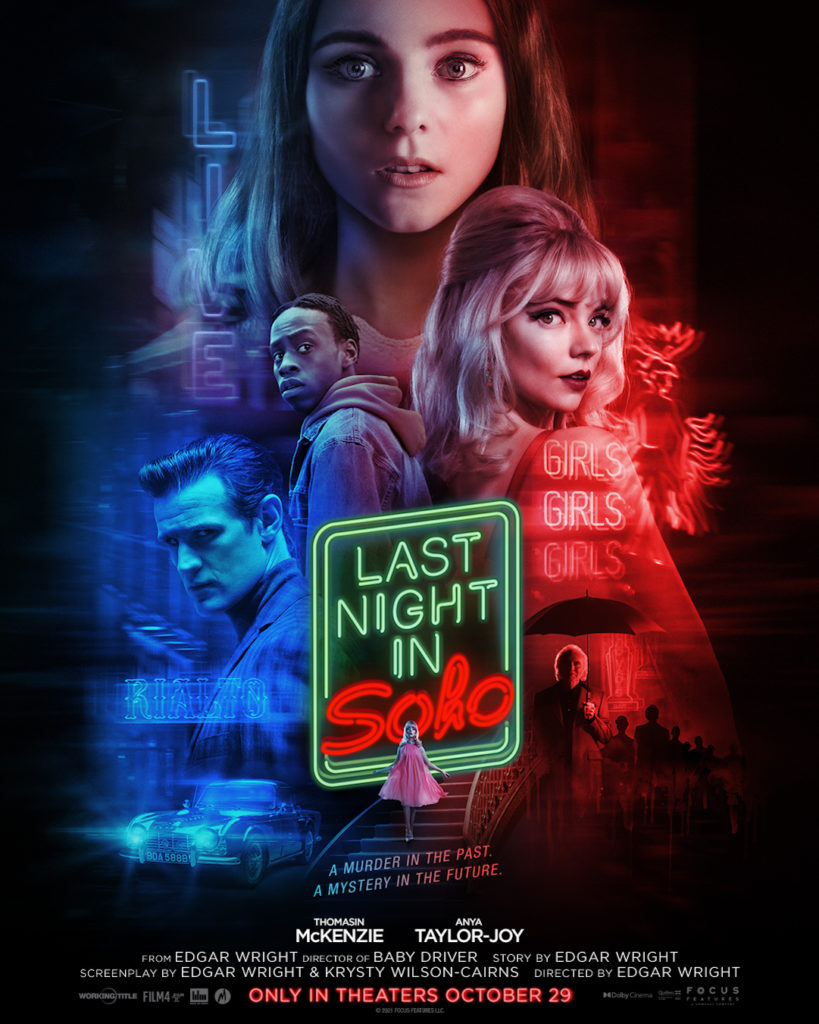