“NOTZILLA,” spoof of the monsters is coming this summer; info and poster

Civilization collapses with laughter as a parody of cinema’s greatest kaiju roars into release.

NOTZILLA, written and directed by Mitch Teemley, is coming to digital platforms via Indie Rights and physical media from Allied Vaughn on August 18. The winner of seven awards at various comedy festivals, it stars Frederic Eng-Li, Tifani Ahren Davis, Tim Bensch, Samantha Russell, Michael Bath, Becca Kravitz and Spencer Lackey. The synopsis: “When a scientist from Japan smuggles a monster’s egg into the United States, what could possibly go wrong when it actually hatches–and alcohol makes it grow taller than a skyscraper? The race is on as the monster drinks beer and wreaks havoc, the Japanese scientist tries to shrink it, and a crazed weapons physicist tries to nuke the monster–and possibly take the entire city of Cincinnati with it!” A trailer is coming soon! 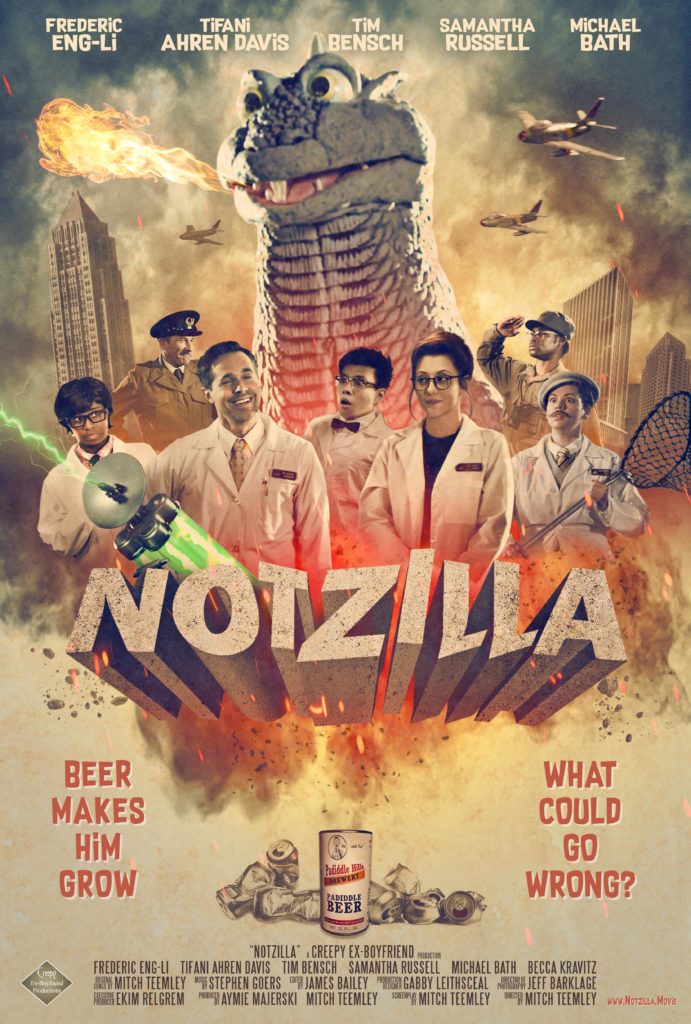