A human-sized puppet pulls the strings of this supernatural flick.

Devilworks has announced it will release HOLLOW on premium TVOD and DVD May 17, followed by a full digital release. The film, which we previously covered here under the title WYVERN HILL, was directed by Jonathan Zaurin from a script by Keith Temple and stars Pat Garrett, Ellie Jeffreys, Mike Coombes, Ben Manning and Pablo Raybould. According to the official synopsis, “the chilling tale tells the story of a woman who begins experiencing lucid dreams and nightmares of a living Punch puppet. As her loss of reality worsens, she uncovers something sinister is observing her and preparing a darkness that leads her into a frenzied and terrifying confrontation.” 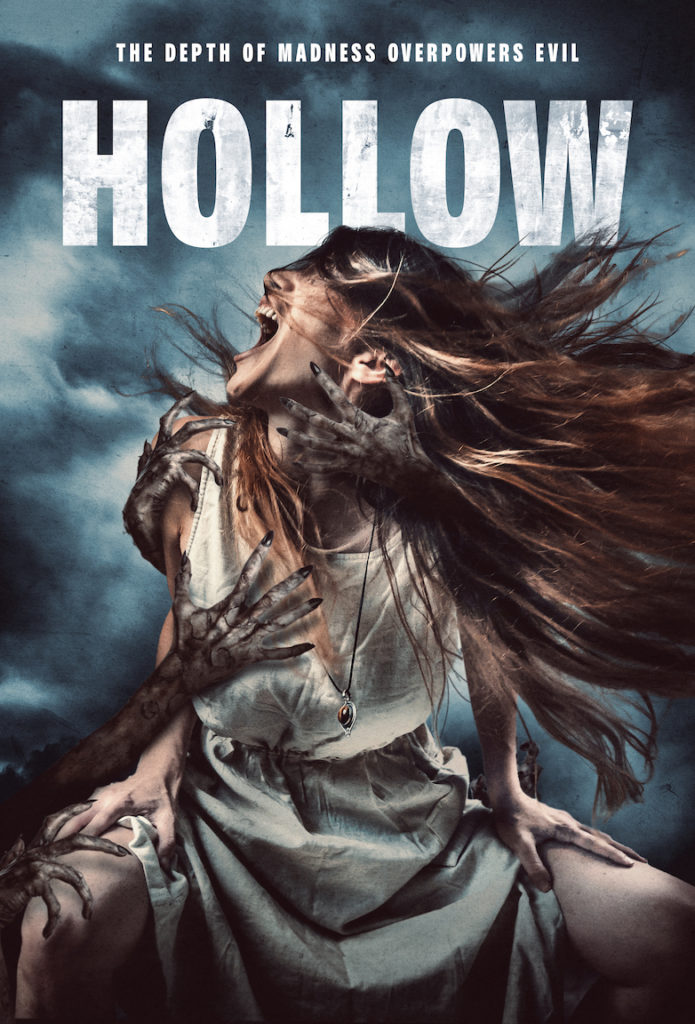