The latest sequel to George A. Romero’s classic is reuniting the stars of another.

Marcus Slabine, writer/director of NIGHT OF THE LIVING DEAD II (which he previously discussed here), has announced the casting of Lori Cardille, Terry Alexander and Jarlath Conroy, the three survivors of Romero’s 1985 DAY OF THE DEAD. Their presence in NIGHT II was first revealed this past weekend at the Living Dead Weekend in Pittsburgh (pictured above and below). The movie was shot in secret by Slabine and co., and he comments, “To say it was an amazing dream come true seeing these three reunited after 36 years is an understatement. Lori Cardille is one of the most underrated female badasses of the 1980s in her role as Sarah Bowman, and after 36 years, she is even more badass. It was like time hadn’t skipped a beat, and their performances and chemistry were all still there. I’ve worked with Terry on several projects and I absolutely adore him; he is an extremely talented actor and his performances always ring true. Jarlath as well was an absolute delight watching him go, and he is truly a chameleon actor. I really hope people enjoy watching them as much as we did filming them.”

You can visit NIGHT OF THE LIVING DEAD II’s official website here. 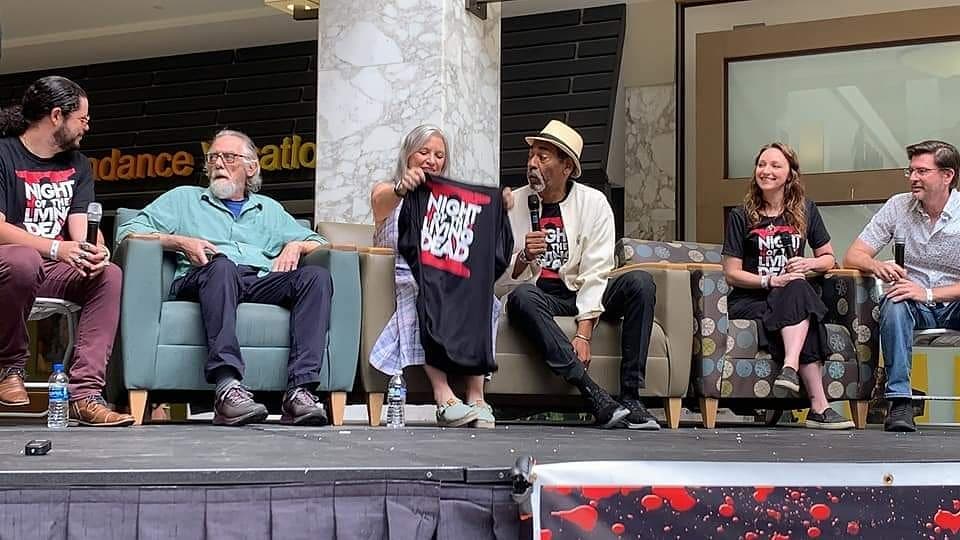