New trailer & poster, release info: Terror slashes its way off the screen at “THE LAST MATINEE”

The audience is the victim in the meta fright film that sees release next month.

Dark Star Pictures and Bloody Disgusting will bring THE LAST MATINEE to theaters August 6 and VOD, digital and DVD August 24. Written and directed by Maxi Contenti, it stars Luciana Grasso, Ricardo Islas, Julieta Spinelli, Franco Duran and Pedro Duarte. The synopsis: “The audience attending the last showing of a horror film in a small downtown cinema are terrorized by a murderer who begins to pick them off, one by one. The only person to notice that something strange is going on is the projectionist’s daughter.” See our review of THE LAST MATINEE here. 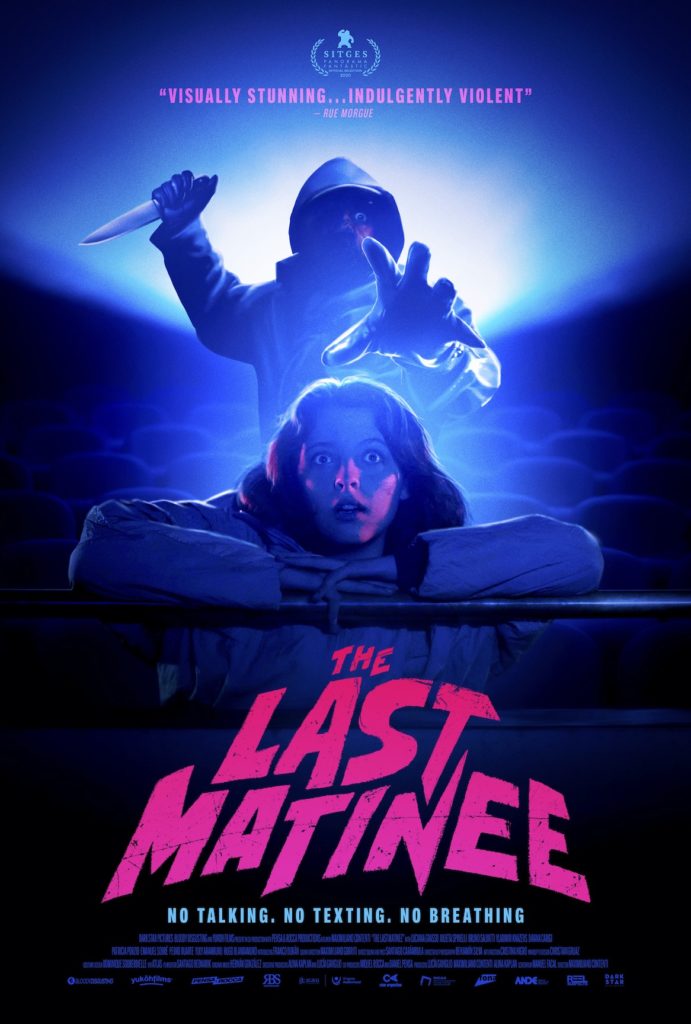