The German horror specialist’s latest project will be playable as well as viewable.

Timo Rose, the director of BARRICADE, GAME OVER, the forthcoming CORPSE GRINDERS remake and more has a retro video-game tie-in for his new feature HELL ON EARTH; see a teaser video below, along with the movie’s first official poster. The film, which we previously told you about here, stars Joe Davison (STRANGER THIGS) as a security guard being stalked by a gruesome creature (Alan Maxson) that has been killing his colleagues. The cast also includes Kathy Savannah Krause, Shawn C. Phillips (GHOST SHARK, DEAD ANT), Deena Unverzagt, Anthony Straeger, Simon Kerrison, Janos Tiborcz and Kai Noll. The effects team is made up of experienced artists Roy Knyrim of SOTA FX, Oliver Mueller, Frank Schroeter and Philipp Rathgeber.

“I am very happy to be part of Timo’s journey yet again,” says Davison, who previously appeared in Rose’s FEARMAKERS and BEAST, “and I know HELL ON EARTH will be funny, scary and gory. Timo spares no blood when it comes to shooting one of his films. HELL ON EARTH is right up my alley as a horror/comedy, and working with Timo as an actor is a delight. He’s easy to bounce ideas off of on the fly, which allows for great moments that are unscripted.”

“I’m so happy to be part of this bloody and exciting project,” adds Maxson. “There are so many things I’d love to tell you about the script, but let’s just say, I will get to bring to life a gruesome character that has been on my bucket list for a long time!”

“I’m really looking forward to getting to work with Timo Rose in person,” Phillips says. “This will be my first project out of the country, and I’m so excited about it. It’s a really fun role, and I know it’s going to be a film that  people love.” Krause is already into it: “Love the chopping body parts! And the chick has a shower and fight scene–lovin’ it!“ 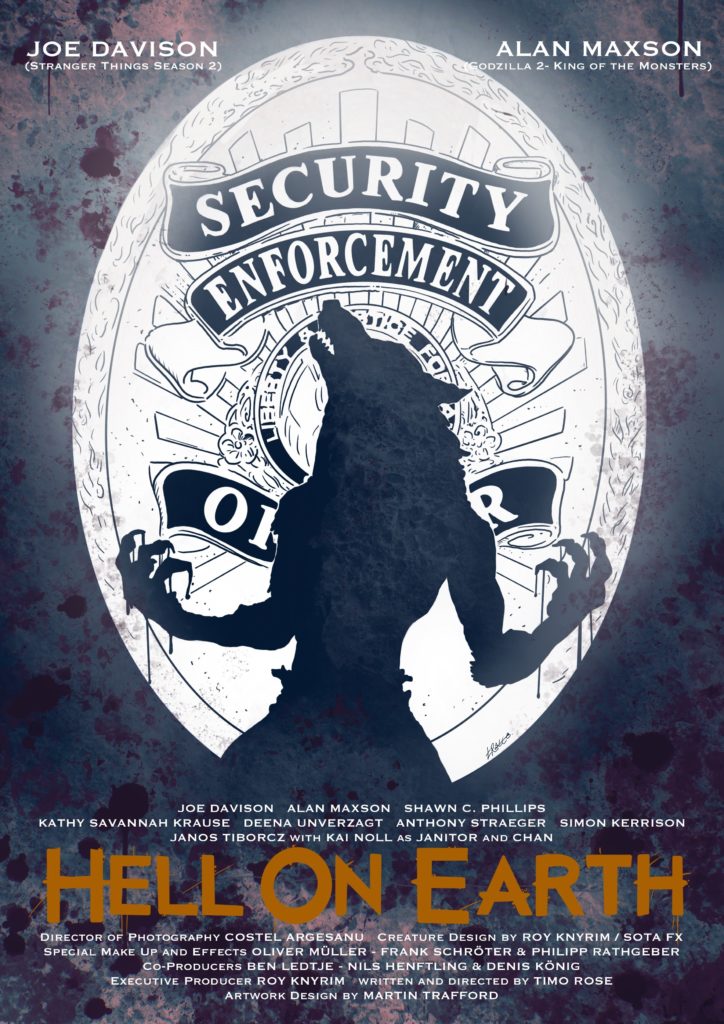