The new live-action feature is headed for exclusive theatrical release at Thanksgiving.

Sony Pictures has released the first three pics from RESIDENT EVIL: WELCOME TO RACCOON CITY, coming to movie theaters November 24. The reboot of the zombie franchise based on the classic video games was written and directed by Johannes Roberts (47 METERS DOWN) and stars Kaya Scodelario (CRAWL), Hannah John-Kamen, Robbie Amell, Tom Hopper, Avan Jogia, Donal Logue and Neal McDonough. The synopsis: “Returning to the origins of the massively popular RESIDENT EVIL franchise, fan and filmmaker Johannes Roberts brings the games to life for a whole new generation of fans. In RESIDENT EVIL: WELCOME TO RACCOON CITY, once the booming home of pharmaceutical giant Umbrella Corporation, Raccoon City is now a dying Midwestern town. The company’s exodus left the city a wasteland…with great evil brewing below the surface. When that evil is unleashed, a group of survivors must work together to uncover the truth behind Umbrella and make it through the night.” 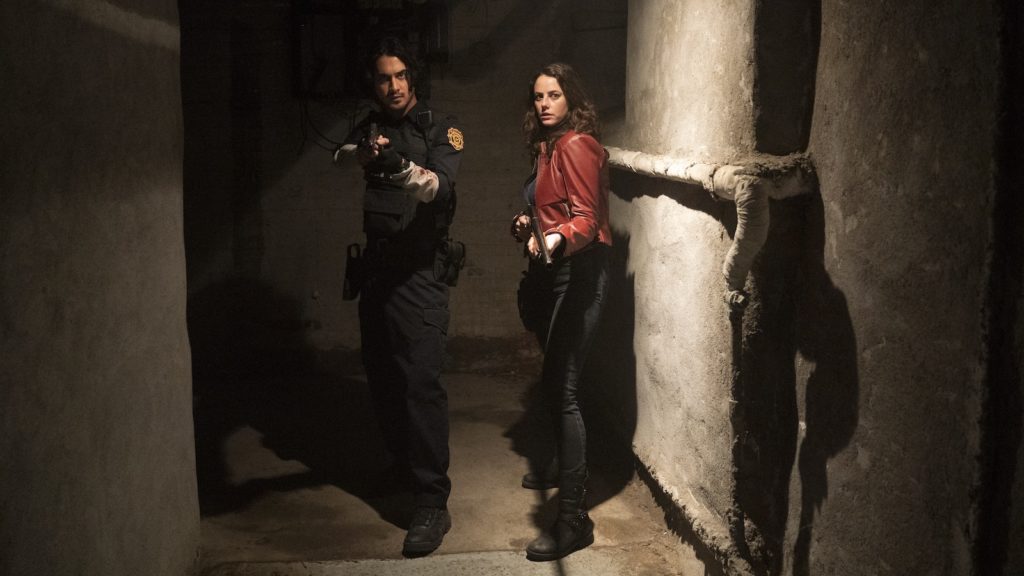