New Jersey is a hot bed of horror. For one, urban legends abound, such as the Newark’s ghost train which is said to pass through Broad Street Station at midnight on the 10th of every month with an engineer who died on the tracks of 1868 at the helm, no less. Then there’s the Jersey Devil, ’nuff said. Little wonder the state is also the home to married artists Mike Swisstack (who runs Cthulhugizzard Customs) and Jenn Swisstack (who runs Squid Ink Designs). I’ve covered Mike countless times on the site, so this week’s column will focus on his better half. 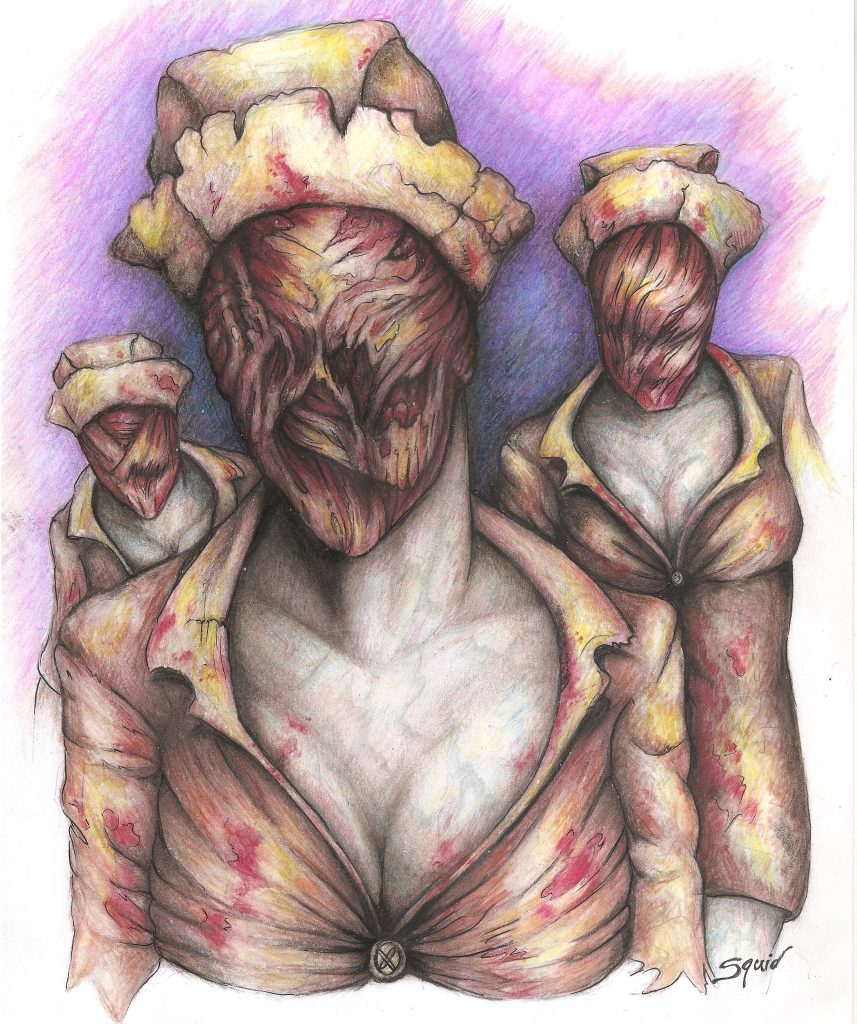 Jenn Swisstack has been on an artistic journey for over forty years, having started out when she was old enough to hold a crayon. Not only did she take many art classes in high school, but also became an art education major, given that she wanted to share her artistic talents to help teach others to express themselves through the medium. Deciding to not limit herself to one style, Jenn decided to also take courses in graphic design to help her establish a solid base in graphic arts. 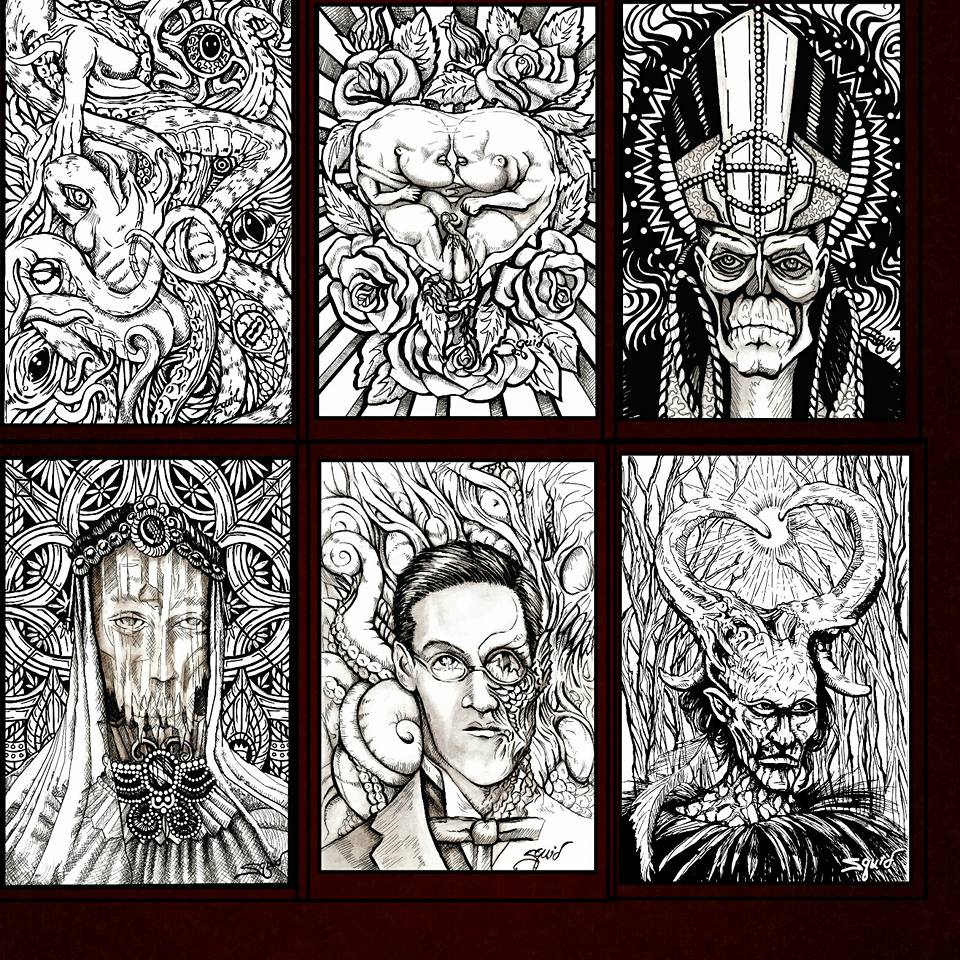 During the day, Jenn transforms into a junior highschool art teacher at Rahway Academy where she instructs a new generation of up and coming creators. Later, when the sun goes down, she transforms into her alter-ego at Squid Ink Designs. Here she puts to work her love of Lovecraft and all things horror, and even designs all box art and print media for Cthulhugizzard sculptures. Together, the husband and wife team bounce ideas off each other, bringing together their separate styles and talents to complete their devilish concepts. 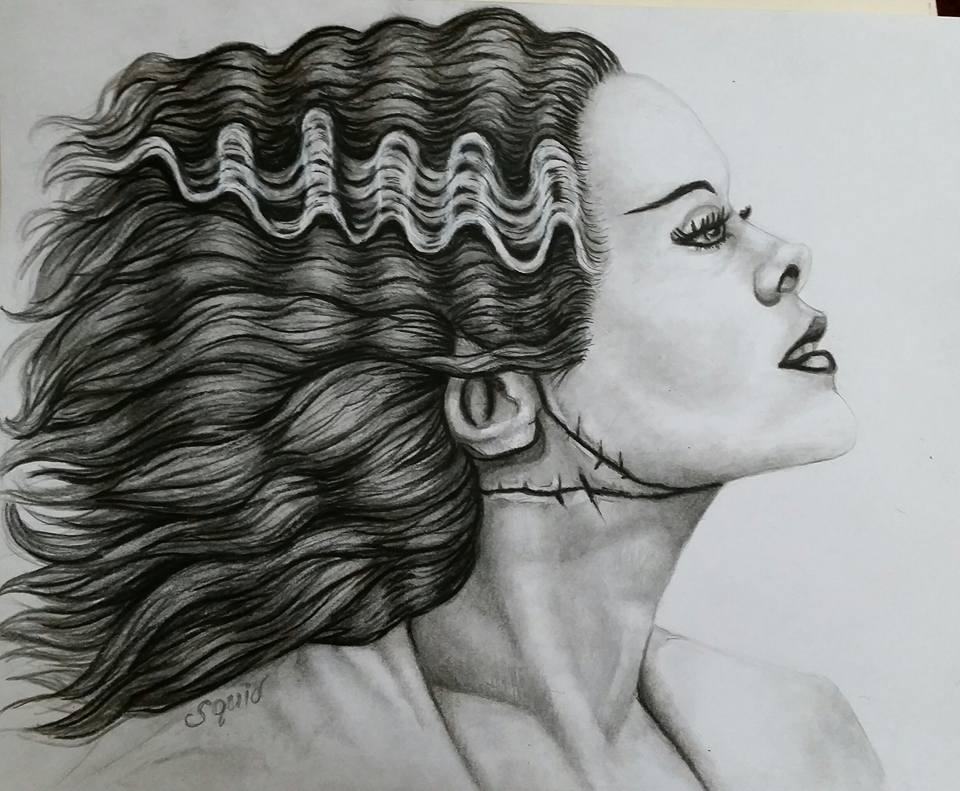 Collectors can purchase original illustrations, prints of art, and colouring books through Squid Ink Designs and on Jenn’s Instagram. Keep a look out for this and more at JerseyFest (where you’ll find both high school sweethearts unite to unleash countless horror goodies on the world). 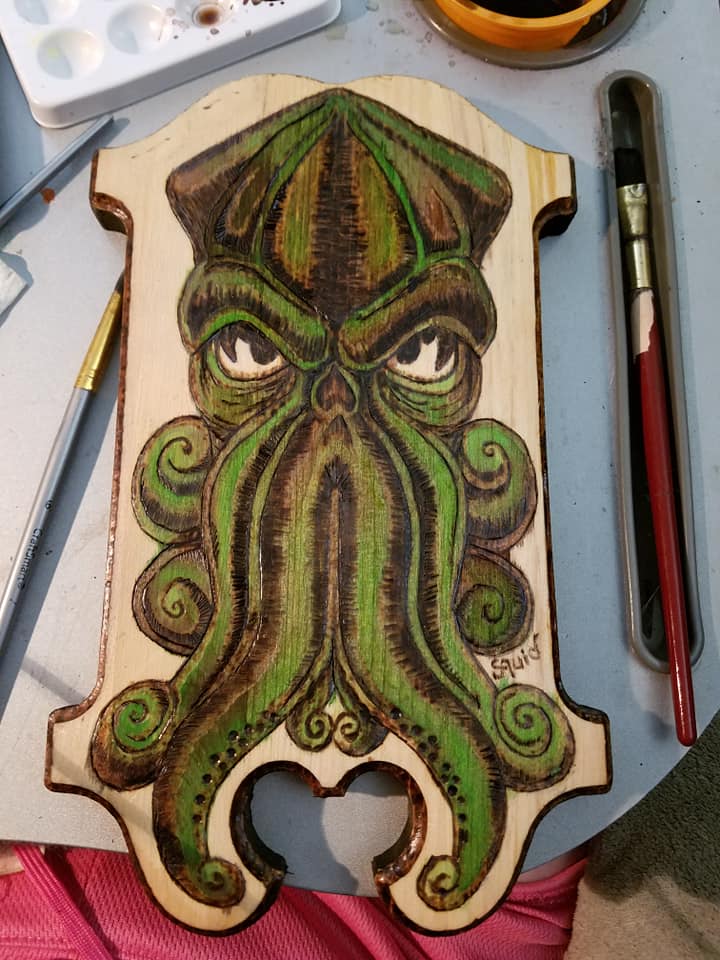