Coming to iTunes tomorrow, the film puts a historical spin on seabound bloodshed.

The Horror Collective has released a batch of promo material for BLOOD VESSEL, which we previously covered here. The film was written (with Jordan Prosser) and directed by Justin Dix, the award-winning special effects artist whose credits include THE BABADOOK, THE LOVED ONES, LAKE MUNGO and many others. Alyssa Sutherland, Robert Taylor (THE MEG), Nathan Phillips (WOLF CREEK, SNAKES ON A PLANE), Christopher Kirby, John Lloyd Fillingham and Alex Cooke (PREACHER) star; the synopsis: “BLOOD VESSEL takes place somewhere in the North Atlantic, in 1945. Barely surviving on a life raft in the middle of the Atlantic, they are forced to seek rescue from a passing Nazi ship. Once aboard, they discover the ship to be abandoned, with signs of a bloody struggle. As they investigate further, they discover pillaged Romanian artifacts and an enemy far deadlier than those they faced on the battlefront.”

BLOOD VESSEL can be pre-ordered on iTunes here. Check out the trailer, two behind-the-scenes clip and the poster below. 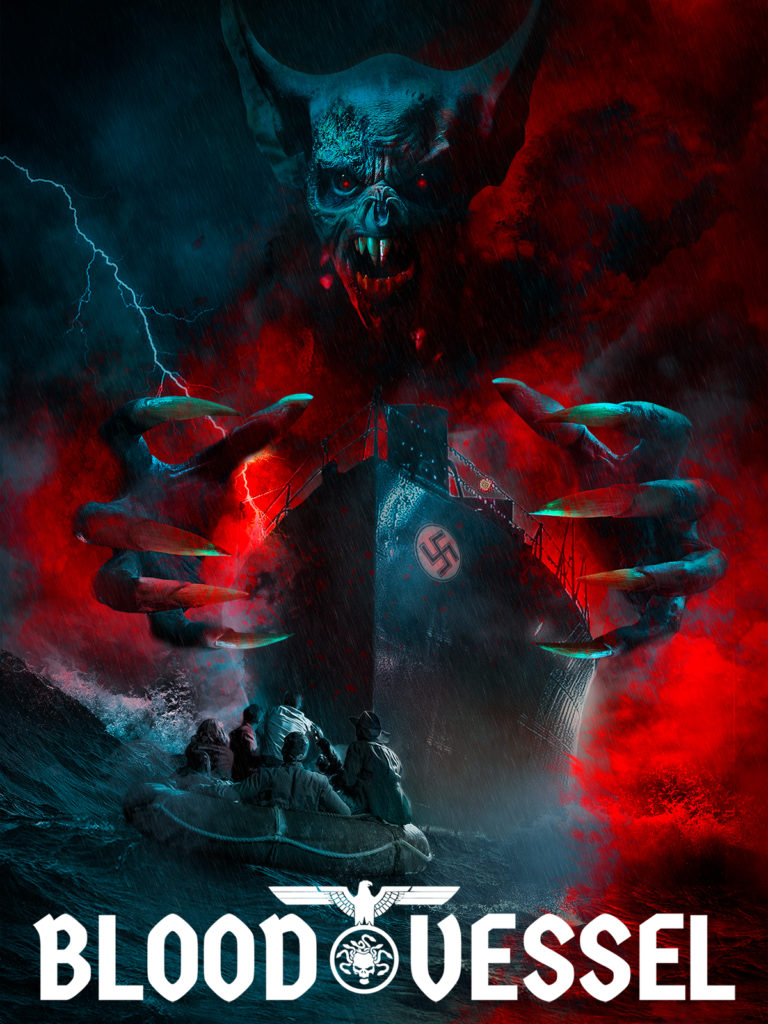