Synapse Films has announced that it will release THE KINDRED on Blu-ray only October 25, with a retail price of $34.95. Directed by Jeffrey Obrow and Stephen Carpenter, the 1987 release stars David Allen Brooks, Amanda Pays, Talia Balsam and Oscar winners Rod Steiger and Kim Hunter, plus a very nasty, multi-tentacled monster created via impressive practical effects. The region-free Blu-ray will feature a new 4K restoration of the complete, unrated version of the film, presented in 1080p 1.78:1 widescreen with DTS-HD MA 5.1 Stereo Surround audio and the original theatrical 2.0 mono sound. Special features are: 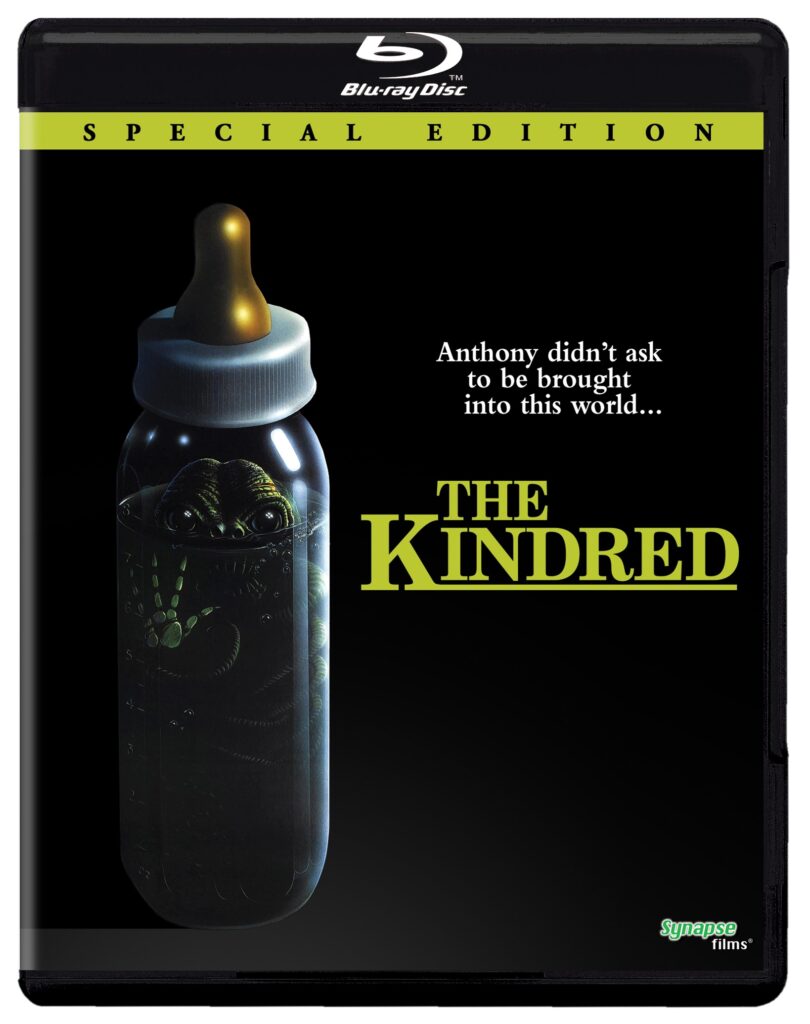