Previously issued in a limited Steelbook Blu-ray/DVD set, the 1976 cult favorite is coming just in time for schools to reopen!

Synapse Films has announced that it will release writer/director Renee Daalder’s MASSACRE AT CENTRAL HIGH on Blu-ray only September 13. Derrel Maury, Andrew Stevens (THE FURY), Robert Carradine (ORCA), Kimberly Beck (FRIDAY THE 13TH: THE FINAL CHAPTER) and Cheryl “Rainbeaux” Smith (LEMORA: A CHILD’S TALE OF THE SUPERNATURAL) star; the synopsis: “When new student David [Maury] arrives at Central High, he discovers that it is lorded over by a gang of bullies who rule the school through intimidation and violence. David’s friend Mark [Stevens] encourages him to join this dominant clique, but instead David stands up for their victims, and the gang cripples him in retaliation. Soon David begins taking steps to end their reign of terror permanently, setting in motion an explosive cycle of killing that may not end until no one is left to graduate!”

Retail price is $34.95; the Blu-ray is now available for pre-order at Synapse’s website. 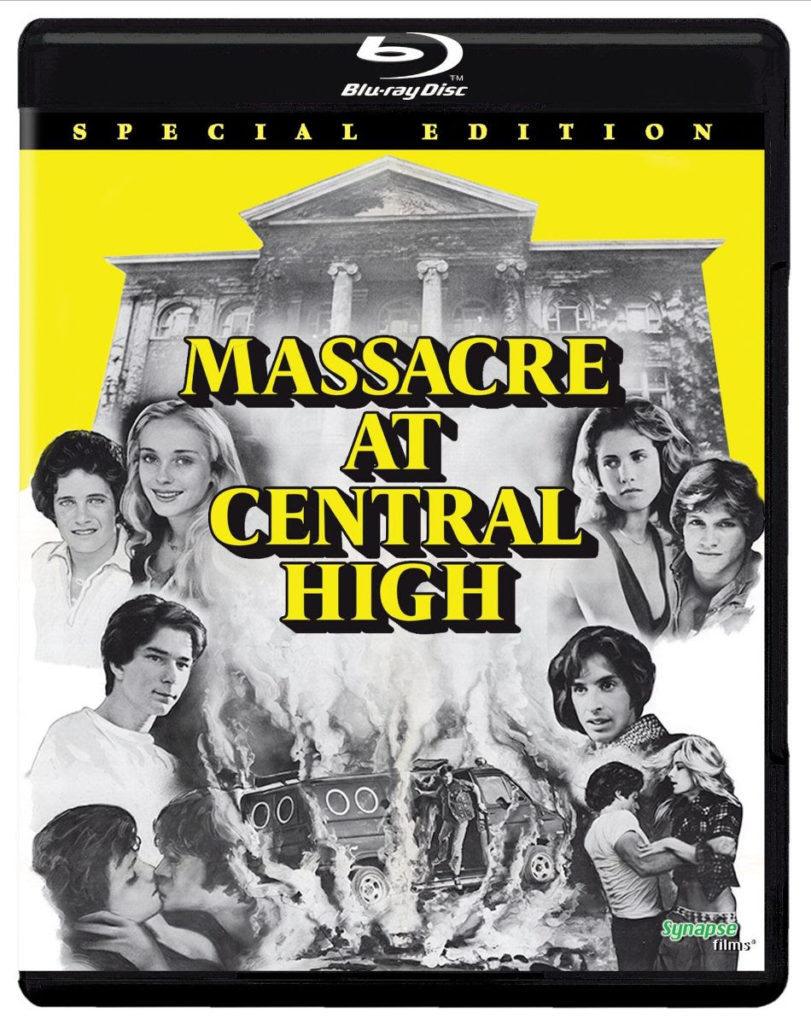