The new preview gives us a better look at the new Leatherface–and his old “friend.”

Netflix will premiere the new TEXAS CHAINSAW MASSACRE February 18. David Blue Garcia directed from a script by Chris Thomas Devlin, with a story by producers Fede Alvarez and Rodo Sayagues of DON’T BREATHE and the EVIL DEAD remake. The cast is headed by Elsie Fisher, Sarah Yarkin, Jacob Latimore, Moe Dunford, Alice Krige (GHOST STORY, SLEEPWALKERS), Jessica Allain, Nell Hudson, Olwen Fouéré, William Hope, Mark Burnham as Leatherface and John Larroquette, returning from the original and the previous 2003 remake, as the narrator. The synopsis: “After nearly 50 years of hiding, Leatherface returns to terrorize a group of idealistic young friends who accidentally disrupt his carefully shielded world in a remote Texas town.” And as the trailer reveals, a key character from Tobe Hooper’s classic returns to take part in the mayhem as well… You can see the movie’s Netflix page here. 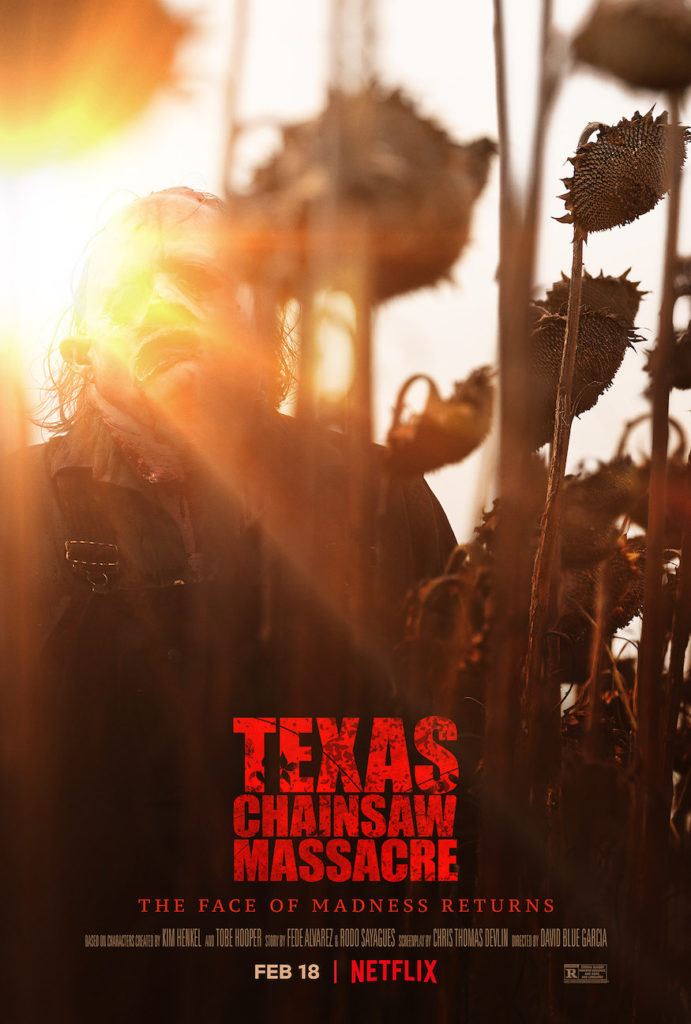