Directed by Wes Craven from a screenplay by Kevin Williamson, the 1996 hit Scream helped to revive the horror genre in the late ’90s, spawning three self-referential sequels (with a new entry, Scream 5 currently in production), and inspiring a new crop of slashers, including I Know What You Did Last Summer (1997) and Urban Legend (1998). The villain of the franchise, Ghostface, emerged to become a horror film icon and has been rendered into action figures, vinyl toys, an 18-inch talking doll, various Halloween costumes, and more. One of the newest pieces of merchandise for the character is the recently released 8-inch Ghost Face Clothed Figure from NECA. 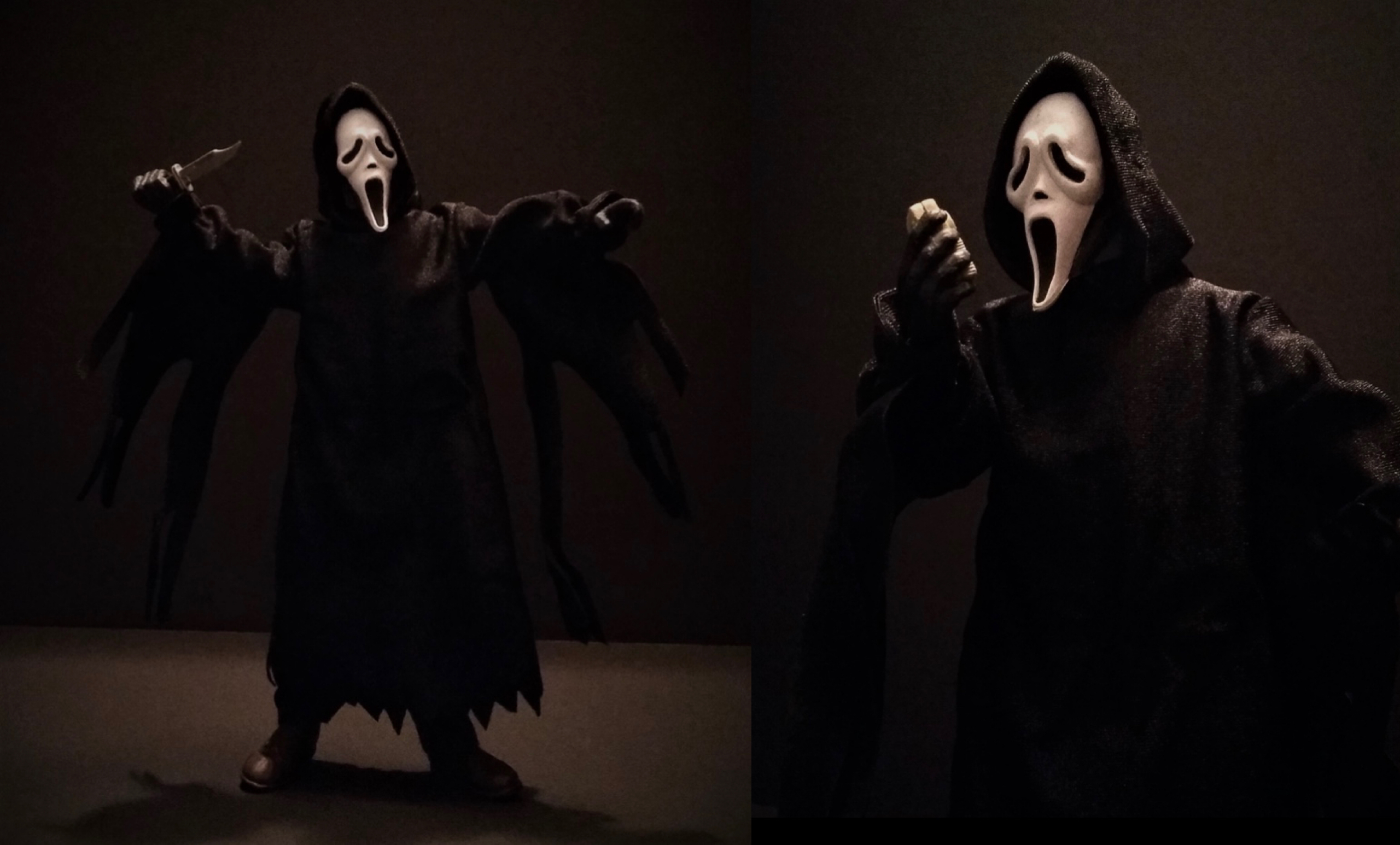 Among the latest in the company’s line of retro-styled horror and cult film action figures, the articulated 8-inch tall Ghost Face takes its cue from vintage Mego toys of decades past, but updates the style with improved sculpting, articulation, soft goods, and packaging. The figure – which is actually the second release of the character in this line – sports his trademark elongated white mask (inspired by the Edvard Munch painting, The Scream) and black fabric robe with hanging tattered sleeves. It comes complete with a miniature hunting knife, voice changer box, and an additional interchangeable right hand. 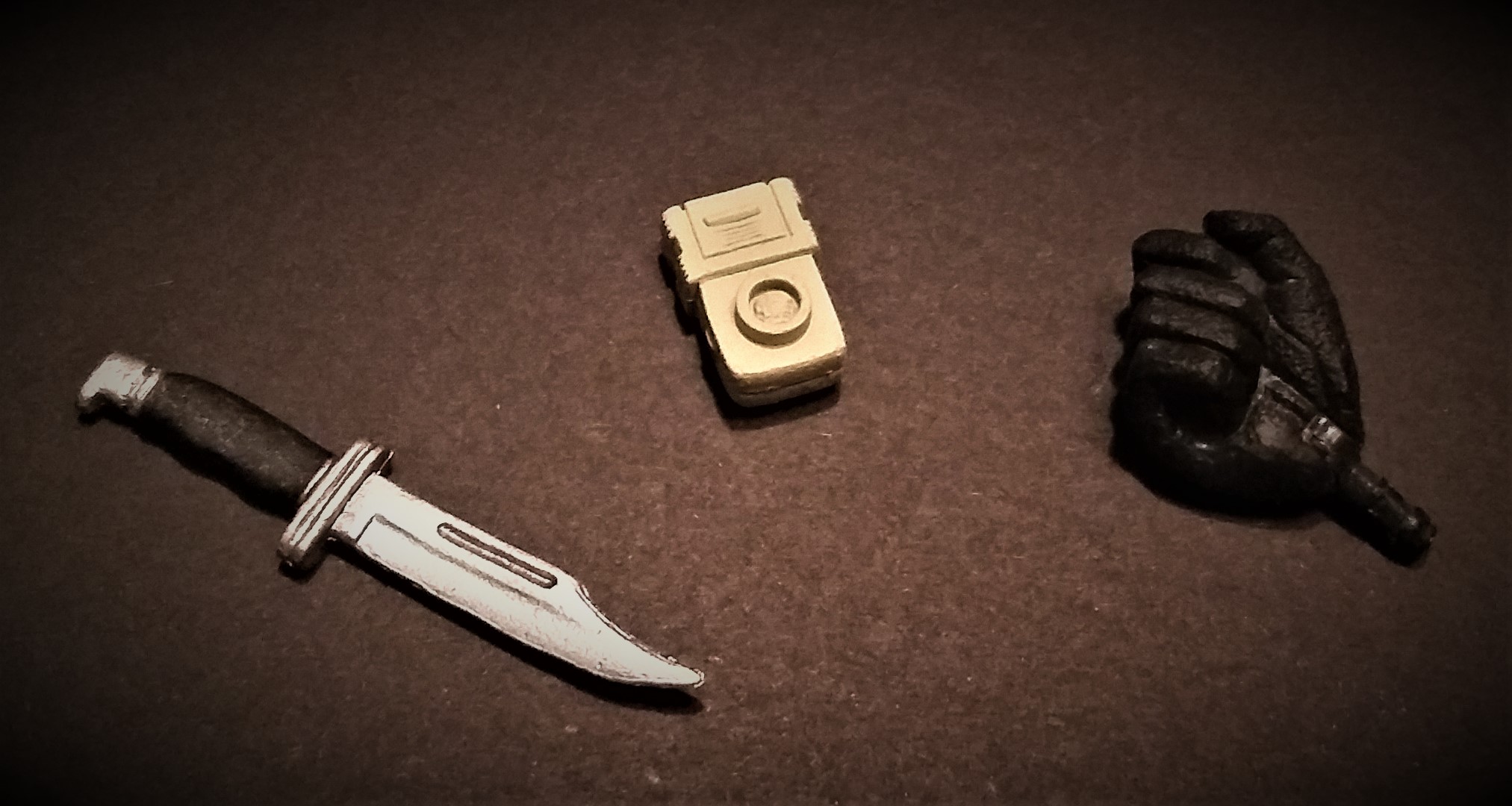 The highly detailed, articulated figure is extremely posable, and the sculpting of the mask (which to me appears to be based on the design from Scream 4), hands, boots, and accessories is very well done. The robe is fashioned from a stretchy material with a slight sheen, and the hood has a wire sewn inside the fabric, which allows it to be posed in various ways around the mask. The figure sports black fabric pants, but no shirt. The alternate hand (designed for grasping the knife) can be snapped on and off easily. Interestingly, the figure’s body is sculpted entirely in black plastic. As with other figures in the retro clothed line, this Ghost Face comes packaged in NECA’s resealable clear plastic clamshell and features fantastic backer card artwork of the character by Justin Osbourn. 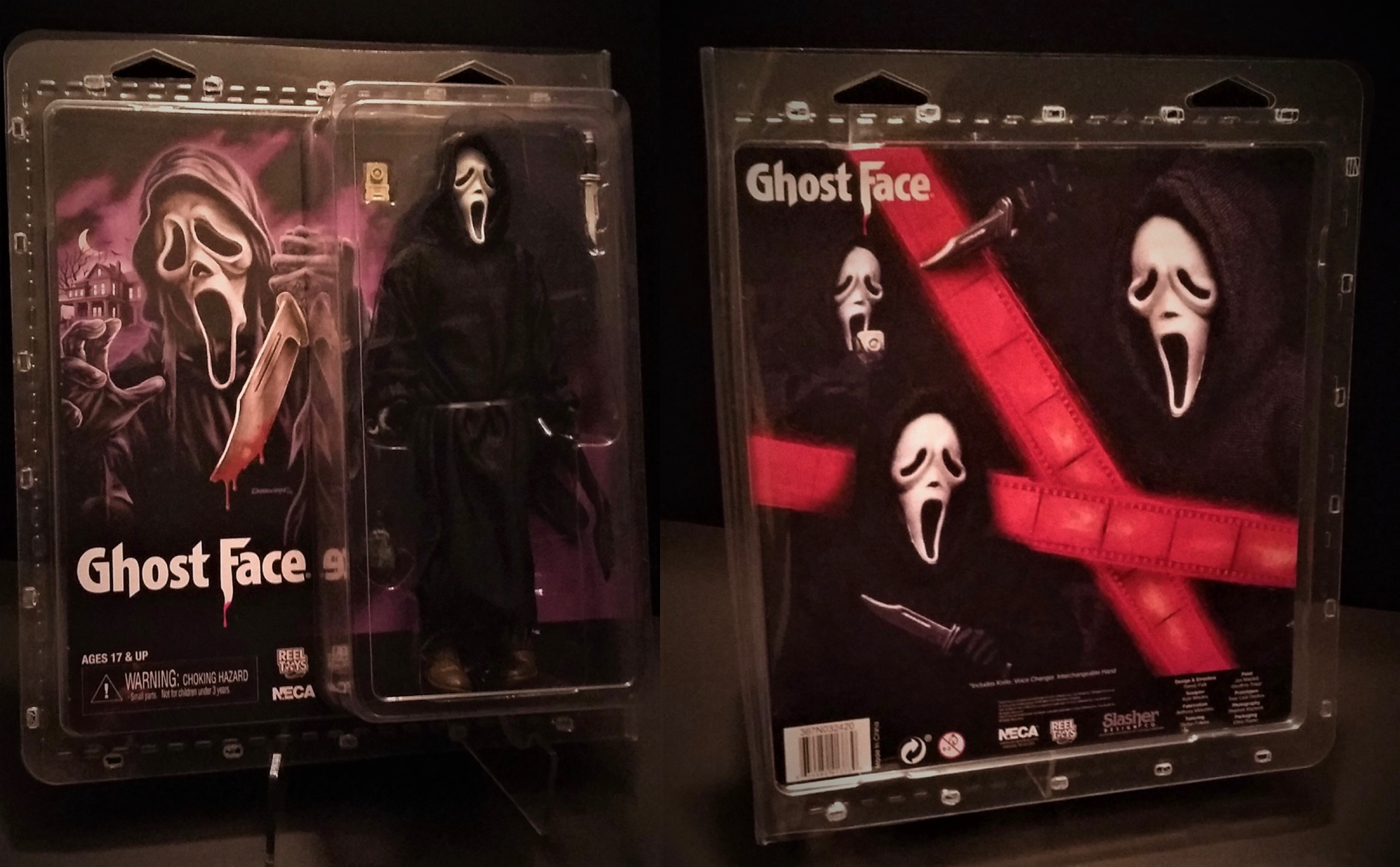 As mentioned, this is the second release of the character in the NECA “retro clothed” line. The first figure – which was marketed back in 2014 – featured blister card art with the title Scream 4. For this updated release, there is no branding for any of the Scream films on the packaging, and the character’s name is substituted instead. Other differences between the two figures include slightly different tailoring of the clothing, and the omission of a miniature cell phone accessory this time around. The original 2014 Scream 4 Ghost Face figure has become a highly coveted and increasingly difficult-to-find release, so this new figure is a very welcome release for fans and horror toy collectors. Highly recommended.

The 8-inch Ghost Face Clothed Figure retails for $32.99 USD and you can pick it up now from your local comic shop and various online retailers. For more info on this on other NECA releases, head to necaonline.com 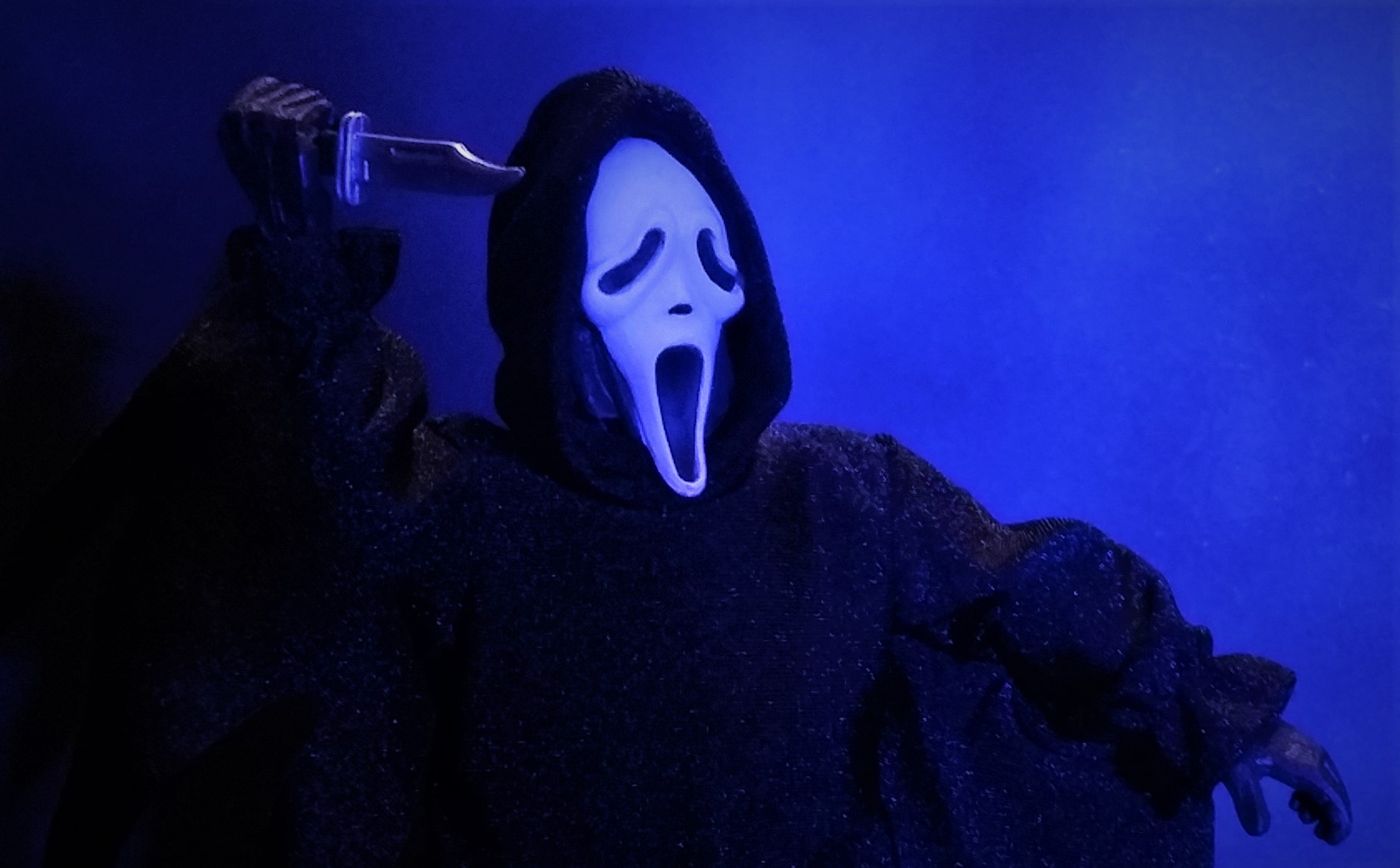