Movie Review: “WHAT HAPPENS NEXT WILL SCARE YOU” is Campy Halloween Fun

The creative team behind the WNUF Halloween Special is back with another blend of spooky nostalgic fun. Co-written by Jimmy George and Chris LaMartina who also directs, What WHAT HAPPENS NEXT WILL SCARE YOU is a quirky horror anthology that feels like going trick or treating through a spooky neighborhood with your hipster friends. A group of internet journalists are tasked with creating a listicle of the 13 scariest viral videos. Those with the best finds get to keep their jobs and those without, … well let’s just say ghosts aren’t the only threats lurking in this writer’s room. More Creepshow than V/H/S, this short and sweet film is a delightful mix of unsettling vignettes with a tongue in cheek framing device that keeps the tone light and playful.

Under threat of looming pink slips, writers Eugene (Johnny Marra), Vanessa (Kathy Carson), and Rachel (Melissa LaMartina), go around the table presenting their videos with a mere 15 seconds to set them up and impress their dour editor, June (Kalima Young). The clips begin as your run of the mill creepy pastas brought to life; a haunted birthday party and a questionable bigfoot video. But an unsettling recording of a vinyl incantation played by the outlet’s music critic Lester (Troy Jennings) accidentally curses the office, bringing the monsters from the videos they scoff at to life. 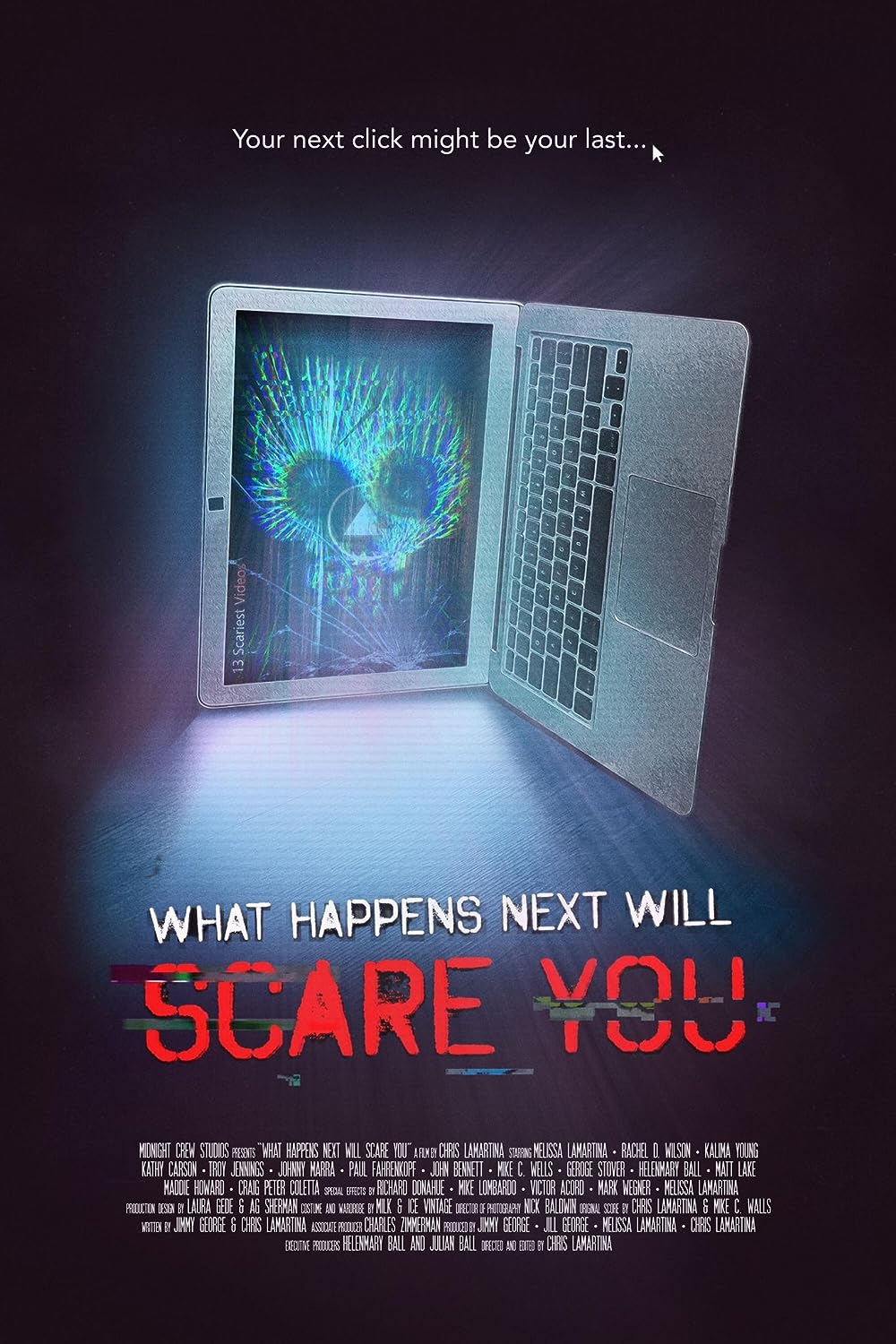 Like a bucket full of Halloween candy, the videos range from silly to unnerving with a few good jump scares thrown in for good measure. A possessed stuffed animal haunts an antique shop until a couple who desperately want to be The Warrens perform a toy exorcism. A deranged clown named Mr. Tickles (Mike C. Walls) searches for love and a careless mortician faces severe consequences for not respecting the dead. A mean girl vlogger gets her just and disgusting desserts and some fishermen find out what it feels like to be on the other end of the hook. Though the tones and settings shift, the videos never feel incongruous, building on each other and laying seeds for an explosive conclusion.

Not all of the camp works, however, and there are clunky moments within the framing device. Hoping to create their own viral moments, the writers try to pull a series of cheap “scares” on each other. These shallow attempts at horror (fake scorpions on the pizza anyone?) are forced and seem more designed to provide the writers a plausible reason to ignore spooky warnings than any kind of logical plot element. But everyone’s entitled to a good scare on Halloween and the eye-roll inducing stunts remain in the narrative background, adding an endearing quality to the film without overtaking it’s showstopping videos. The climactic carnage also feels a bit clumsy even by camp standards, but a final twist pulls it all together with a satisfying and ominous conclusion.

What makes WHAT HAPPENS NEXT WILL SCARE YOU stand out from the seemingly endless series of spooky Reddit threads and wanna-be ghost hunter you-tube channels is the deft commentary on click bait culture. The employees of Click Clique (wink) are tasked with creating content that drives engagement at any cost, moving away from the investigative journalism they’ve previously been rewarded for. It’s a cynical look at the ugly reality of internet content creation as well as an indictment of those who would click for cheap thrills. It’s not wrong for June to need clicks to keep the outlet afloat. They’re what allows her to keep the lights on and continue paying her employees. Like it or not, this kind of superficial content is currently driving the industry and we are all complicit. While there’s no harm in indulging our curiosity from time to time, WHAT HAPPENS NEXT WILL SCARE YOU seems to be warning us about the consequences of making this shallow content our reality. But George and La Martinelli manage to have their cake and eat it too, cleverly critiquing click bait culture while providing content that feels like reading through a buzzfeed listicle. Like it or not, we are the target audience and we eat it up every time.