Movie Review: Take a good look at Shudder’s “THE WITCH IN THE WINDOW”

Partnered with Jesse Holland, Andy Mitton emerged over the last few years as a skilled practitioner of modest yet deep-creeping horror with YELLOWBRICKROAD and WE GO ON. His first solo effort, THE WITCH IN THE WINDOW (debuting today on Shudder), once again demonstrates his facility at crafting an absorbing narrative and raising the hackles while working on a small scale. 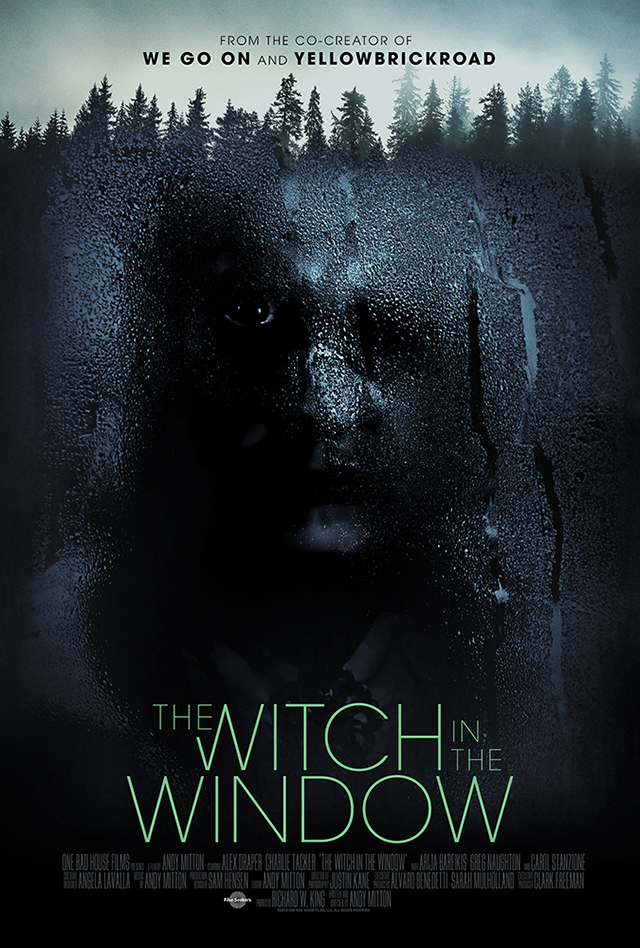 Despite the title, this isn’t a black-magic tale but rather a ghost story, and a good deal of it is a drama about the fractured relationship between a father and son. Recently divorced Simon (Alex Draper) is about to start flipping a house in Vermont when his wife Beverly (Arija Bareikis) insists he take their 12-year-old son Finn (Charlie Tacker) for the summer. The boy has committed some sort of unspecified transgression on the computer, and some time in a rural environment might do him good. Simon hasn’t been a true part of his son’s life for some time, and Mitton and his two leads do a swift and sincere job of establishing their estrangement, with Simon’s renovation of the house an unforced metaphor for his attempts to rebuild his relationship with Finn.

The home, of course, has a history, involving a woman named Lydia (Carol Stanzione) who previously lived there and cultivated a fearsome reputation. Such an outcast was she that after she died, her body remained seated in front of a window for weeks before anyone figured out she had passed…but she’s not really gone. She begins turning up in that chair again, and in odd corners and the back of the frame, as Mitton teases us with both her barely seen presence and her stillness when she’s front and center. At a time when specters of all sorts are often brought to screen life via digital effects, it’s admirable how Mitton can evoke anticipatory chills with a simple lateral move of the camera.

THE WITCH IN THE WINDOW is not just about eliciting fear from the audience, but exploring what it does to people and how they cope with it. Specifically, Simon does his fatherly best to shield Finn from the darker side of life, not realizing that the boy is smarter than that and can see through Simon’s well-intentioned attempts to protect him. Simon even sends Finn home when Lydia’s presence becomes more pronounced, leading to an eerie story turn that’s particularly effective for the understated, matter-of-fact way Mitton handles the reveal. Throughout THE WITCH IN THE WINDOW, even as the supernatural elements come more to the fore, the writer/director doesn’t lose sight of the basic human emotions—sorrow, guilt, yearning for redemption—at the core of the scenario. The movie runs only 77 minutes, which proves to be just the right length for Mitton’s simple, heartfelt and occasionally quite frightening tale, which comes to an understated but resonant conclusion reminiscent of the ending of THE SIXTH SENSE—the first ending, before the big twist.