Movie Review: Seek out the sexy and harrowing “LONG LOST”

“The more we keep aloneness at bay the less we are able to deal with it,” the critic William Deresiewicz wrote in a prophetic 2009 essay, “and the more terrifying it gets.” From the first moments of the ultra-smart, harrowing, sexy dark thriller LONG LOST (now on VOD), our protagonist Seth (Adam Weppler) is in the throes of battle against precisely this terror. Recently orphaned and adrift, he’s struggling to get a fledgling lifestyle blog called Blink off the ground—“It’s embryonic but has a heartbeat,” he somewhat defensively explains—presenting an almost perfect encapsulation of the Information Age crisis of self-definition and existential dread Deresiewicz foresaw:

“This is what the contemporary self wants. It wants to be recognized, wants to be connected: It wants to be visible. If not to the millions, on SURVIVOR or OPRAH, then to the hundreds, on Twitter or Facebook. This is the quality that validates us, this is how we become real to ourselves—by being seen by others. The great contemporary terror is anonymity.”

With visibility, alas, comes risk. For Seth, danger arrives in the form of a letter from a fabulously wealthy brother he had no idea existed—yet who, upon their introduction at a sprawling and secluded mansion, casually mentions he’s long kept surreptitious digital tabs on him. “It’s kinda creepy what you can find on-line,” Richard (Nicholas Tucci of YOU’RE NEXT and MOST BEAUTIFUL ISLAND) tells him. 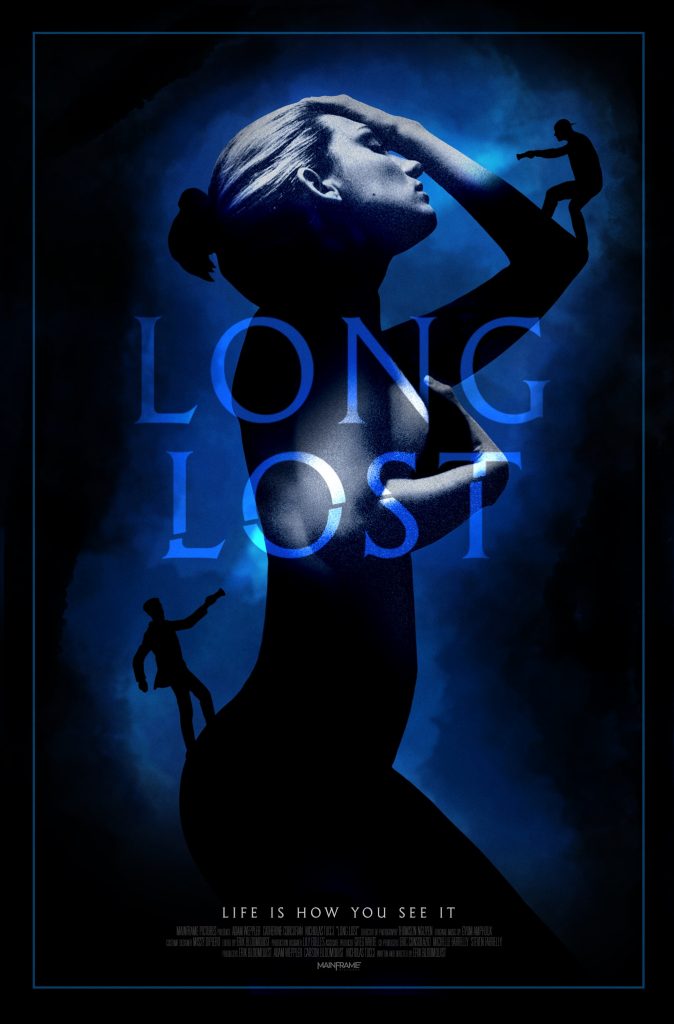 Richard seesaws between ostentatious generosity and acute hostility, wanting to humiliate his younger sibling for the sins of the shared dead father who abandoned his family once Seth came into the picture, even as he simultaneously asserts himself as a (capricious and overbearing) father figure. (He also leans on Seth pretty heavily to sign a non-disclosure agreement, an arrangement that carries new resonance in a post-Stormy Daniels/#MeToo world.) Add to the mix his beguiling girlfriend Abby (Catherine Corcoran), who’s got that duality thing going on—half nurturing antidote to Richard’s toxic masculinity, half doe-eyed, knee-buckling femme fatale—and we get an inkling that Seth may have been thrown something considerably more sinister than a financial/familial life preserver.

Liberated from normal societal constraints by his hermitage and fully executed legal paperwork, Richard immediately begins to let his freak flag fly. And it is an extremely freaky, antagonistic banner indeed, from the vulgar way he objectifies Abby and chops wood to the extravagantly cruel scorn he heaps on Seth and his amped-up, weirdly pernicious takes on children’s games such as Flashlight and, in one particularly memorable sequence, Chubby Bunny. Flap, flap, flap.

So why doesn’t Seth leave, even as we vicariously teeter with him on the precipice of unknown disaster under the thumb of a wannabe strongman in an impossible-to-predict, meticulously constructed insane asylum? Well, there are the obvious enticements—a $10,000 bribe/peace offering from Richard, the promise of access to hi-tech broadcasting equipment for his blog, a furtive kiss planted on him by Abby in a darkened hallway. All of this, however, is merely coursing blood. The heart from which it pumps brings us back to Deresiewicz: What we will accept and do to “keep aloneness at bay” can be shocking even—or, perhaps, especially—to ourselves.

The interconnected nature of LONG LOST’s subsequent delicious twists and turns makes it impossible to responsibly describe the plot or narrative in any further detail. Suffice it to say, writer/director Erik Bloomquist not only rather brilliantly ratchets up the tension and stakes, he also proves adept at building a lush, surrealist-yet-believable world wherein philosophical questions can be pondered and grappled with. He is aided immensely in this quest by his cast: Weppler’s Seth is the perfect Everyman avatar for the audience, trying to remain positively engaged and ethically grounded in a world clearly gone mad. Tucci’s Richard cuts a legitimately intimidating, frightening and appalling figure throughout most of the film, yet manages to imbue the character with a real and affecting pathos as well.

And then there’s Corcoran. Lord. The luminous young actress with charisma to burn has rightfully gained a degree of genre notoriety via turns in TERRIFIER and RETURN TO NUKE ’EM HIGH, but she has never had an opportunity to show this kind of range before, and her nuanced, multifaceted performance—seductive, effervescent, threatening and smoldering at turns—is sure to spin more than a few heads.

To the credit of Bloomquist and his collaborators, LONG LOST does not attempt to offer any simplistic answers to the modern conundrum of why the many and mind-boggling increases in connectivity have left us more desperately isolated and fear-driven than ever. The denouement here is, in fact, the narrative opposite of a tidy bow. But in offering up an engrossing story that so well condenses, concentrates and elucidates these fears, we at least have a fighting chance of considering the questions for ourselves, in our own way, alone.