You should see HARPOON.

Seriously, you should see HARPOON—in select U.S. theaters now, and on VOD and Blu-ray October 8, with Canadian theatrical release October 11 and VOD October 15.

None of the insanity would work at all without a stellar cast, and Munro Chambers (Jonah), Emily Tyra (Sasha) and Christopher Gray (Richard) really sell this tale of a trio of longtime friends who become volatile, hyperviolent frenemies in the wake of a love triangle and just cannot stop trying to kill one another out on the pleasure boat The Naughty Buoy—even though warm feelings obviously still remain. HARPOON raises “It’s complicated” to another level. Yeah, it’s complicated. And tri-dependent. And bloody. And sadistic. And strangely poignant. It’s no small feat to get an audience to invest in such dark, manifestly awful characters, but there’s enough humanity, skill and vitality to accomplish precisely that. 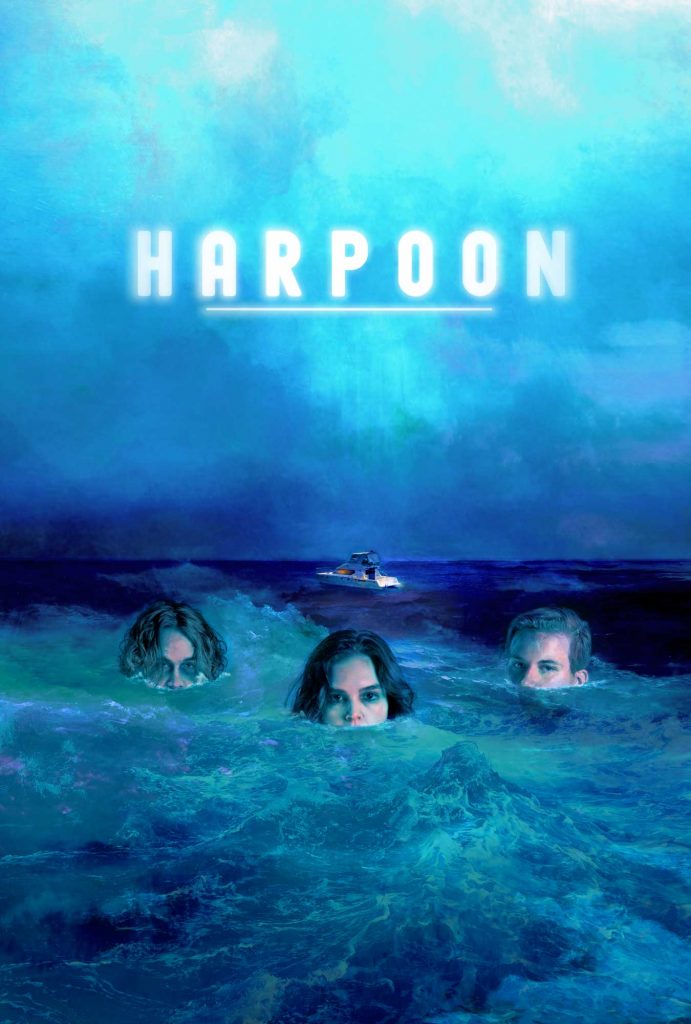 Also, HARPOON’s got a narrator, and it’s…Brett Gelman! Maybe you think you don’t know who the hell that is. That’s only true, however, if you’ve skipped STRANGER THINGS and FLEABAG and TWIN PEAKS: THE RETURN and LOVE and…about a million other things. I’d tell you to close your eyes during a lull in the action to try to picture him, but this is a tight ’n’ taut 83 minutes and you’re not going to get a chance.

But there’s more to HARPOON’s triumph than the talent seen and heard, beginning with Grant’s deft direction of his own savvy and serpentine script. Though he makes it look effortless, the fact that he’s able to bring this pot to a boil repeatedly without screwing the pacing, taking the audience out of the world created or losing the element of surprise is something else. (The phrase “crazy like a fox” comes to mind as Grant repeatedly slips these cunning, smart narrative punches and twists in under ostentatious swings of big, loud, diversionary nuttiness.) It’s difficult to imagine a scenario in which he’s not destined for greater things, if he manages to maintain this razor-sharp edge and wit. Same goes for cinematographer Charles Hamilton, who guides us along bright, dreamy passageways only to occasionally plunge us into schizophrenic, nightmarish craters, and composer Michelle Osis, who thinks fairly far outside the box to gorgeous, vivifying effect.

HARPOON is a sucker punch in the best possible sense: In the universe of darker genres and subgenres, we’ve become so accustomed to variations on a theme—not that there’s anything wrong with that!—that a truly iconoclastic, stylistically oddball film can be electrifying; it can feel like a revelation. All of which is to say, unlike the characters in the film, it is extraordinarily unlikely that you will regret boarding The Naughty Buoy.

Did I mention you should see HARPOON?