Movie Review: “Ghost Stories” is an anthology ode to Amicus

I’ve seen a ghost. Or, at least, I’m pretty sure I’ve seen a ghost. The experiences that I’ve had in my life – which are numerous but may be paltry to others – have stoked up a lifelong interest in the bizarre. These weren’t exactly terrifying experiences, though they were jolting, but rather they acted as an almost non-religious affirmation that something beyond our comprehension must be out there. But in GHOST STORIES, co-writers and directors Andy Nyman and Jeremy Dyson aren’t so much concerned with these higher philosophical conversations, but rather how these experiences shape who we are.

GHOST STORIES is an adaptation of Nyman and Dyson’s runaway 2010 West End hit play of the same name. The play, unlike much live theatre, hinged on the audience being completely unaware of the twists and turns in the story, leaving them tense and breathless. In lieu of the typical production photos typically found in the lobby, Nyman and Dyson also used night vision stills of the audience’s terrified expressions, something that was utilized masterfully in the marketing of Oren Peli’s Paranormal Activity. We don’t know what they are afraid of, but we know it’s terrifying. And when it comes to the theatre, scares are scarce to come by.

The only precedent for longevity is The Woman in Black which has been running since 1989 in the West End, but outside of that anomaly, horror rarely graces the stage without being played for humour, ironic call-backs, or gross out gore in a Gallagher-esque splash zones, like the musicals for Evil Dead, Re-Animator, and Bat Boy. With Ghost Stories, however, Nyman and Dyson brought true fear to the stage, and in a truly innovative move, have now transitioned their play into a film in a perfect synthesis of theatrical stage magic and cinematic optic trickery.

“Captures perfectly the allure of why we gravitated to these haunting stories as children.”

Essentially, GHOST STORIES is an anthology film in the tradition of Amicus Productions’ classics like Tales from the Crypt, And Now The Screaming Starts, and Asylum. What makes this omnibus film unique is that the “wrap around” segment, typically an afterthought, is here the focal point. It expertly ties the separate parts together with one reliable (potentially unreliable) narrator in the form of Professor Goodman, played by Nyman himself, in a reprise of the role he originated in the West End.

Goodman is a professional skeptic and debunker of the supernatural with his own show called “Psychic Cheats”. We are introduced to him as he taps into the earpiece of a stage psychic who uses it to “conjure” messages from beyond. Rushing the stage in dramatic manner, Goodman busts the performance, the crying mother of a dead child looking for closure be damned. Nyman’s Goodman is a man so sure in his ways, so set in his mind, that science and irrefutable fact rises above all emotional trappings. A proxy for the egocentric domineeringly scientific male characters of M. R. James’ world renowned series of ghostly stories, he is a man driven by proof and nothing more. And that is why an elusive psychologist has approached him with three unsolved cases.

Ghost Stories the stage play was presented as a lecture on three cases that led to reenactments, utilizing clever lighting and sound to create essentially live jump scares. In the film, the creatives clearly have more room to fully actualize these tales, maintaining and expanding on what made the play so electrifying. From the quiet extinguishing of a series of lights, seen only by the audience, or the illusion that something not quite able to be grasped by the human eye – the simplicity tricks us into a false sense of security until we realize we’ve been taken off balance. Sometimes it’s a shadowy figure just to the edge of the frame, other times it’s the sudden explosion of a plate on a wall. It captures perfectly the allure of why we gravitated to these types of haunting stories as children, while also allowing us to feel the deep emotional weight that these stories carry with us as adults and we can understand the deeper questions.

Following every performance of the Ghost Stories stage show, audiences were politely asked not spoil its secrets. And even after the recent New York premiere at What The Fest?!, Nyman again asked to not let word get out of what makes this exceptional fright film work, and I think it’s a noble ask, especially in the current era of instant information dissemination. At its core, GHOST STORIES is an examination of the unknown, and its best to approach it knowing the least about it and enjoying the ride. 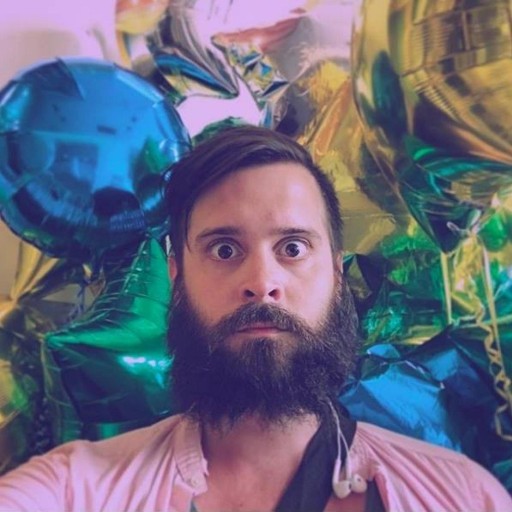