MOVIE REVIEW: “DEAD BY MIDNIGHT/11 PM CENTRAL” IS A TAKE ON HORROR ANTHOLOGY THAT’S BOTH RETRO AND INNOVATIVE

With classics like Creepshow and more contemporary hits such as Trick or Treat, horror anthology films have become a staple within the genre. They’re an effecient way of helping newbie filmmakers get their names out there and offer seasoned directors a chance to do something experimental—to tell a scary story in roughly ten minutes rather than an hour and a half.

The latest addition to the horror anthology sub-genre is You42 Originals’ Dead by Midnight/11PM Central, which premiered on April 14 at the Atlanta Film Festival. The anthology, starring Erin Brown (Masters of Horror: Sick Girl) and Hannah Fierman (V/H/S, SiREN), follows the crew of local TV station WKIZ. On Halloween night, staff members begin disappearing, only to reappear in the short films as fictional characters. Hosting WKIZ’s broadcast is Brown’s character, the devious Mistress of Darkness—a loving (if completely unsubtle) homage to the iconic Elvira, who steals the show in more ways than one.

As is with most anthology films, some of the shorts are more effective than others. There’s an overarching, sardonic tone to Dead by Midnight—one that’s constantly teetering on the edge of being tongue in cheek. Sometimes you’ll find shorts that rely too heavily on the humour, to the point where any semblance of plot is forgotten (see: Lost Laundry) to shorts with such a feeling of bleakness (see: Day Three) that it clashes with the rest of the film. Other times you’ll find shorts that strike a good balance between the two—like Blind Side.

If you’re someone who enjoyed V/H/S or The ABCs of Death, or if you’re feeling nostalgic for the format of old-fashioned horror movie marathons, then Dead by Midnight is definitely for you. The true Mistress of the Dark would be proud. 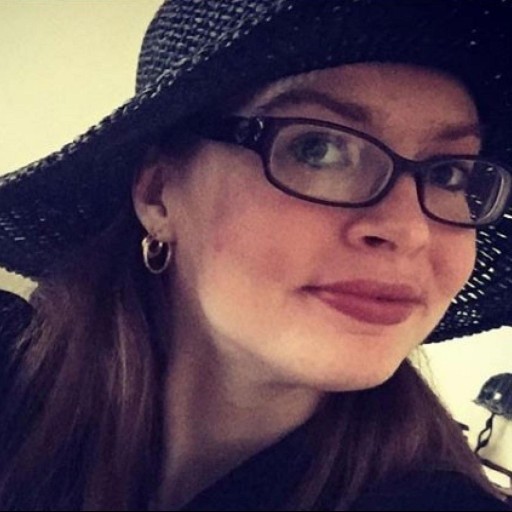 Carling Kirby
A horror fanatic since she watched "Gremlins" at the tender age of age five and a writer since the first grade, Carling is a budding journalist, film analyst and media communications graduate. She has an appreciation for the darker things in life, as well as animals, music and psychology.