Movie Review: “DEAD AND BEAUTIFUL” is an Apt Title for a Gorgeous, but Lifeless Film

Horror has no shortage of films about beautiful vampires. These seductive but deadly creatures of the night have been the subject of horrifying movies dating all the way back to the genre’s birth. Hitting the concept squarely on the nose is David Verbeek’s DEAD AND BEAUTIFUL, the latest entry in this long tradition. The story of a group of ultra-rich twenty-somethings who wake up after a night of partying with fangs attempts to connect the concept of vampirism with extravagant wealth and the power that comes from unquestioned privilege. Written and directed by Verbeek, DEAD AND BEAUTIFUL is a stylish thriller that succeeds mostly due to its opulent visual design and a stunningly beautiful cast. But as the title implies, the film ultimately feels rather shallow, approaching interesting themes, but never fully investigating them. While gorgeous, it’s essentially as lifeless as the vampires it depicts.

Friends Alexander (Yen Tsao), Anastasia (Anna Marchenko), Bin-Ray (Philip Juan), Lulu (Aviis Zhong), and Mason (Gijs Blom) reunite for the latest in a series of extravagant experiences called “turns” to fill their glamorous, but empty lives. All heirs to massive family fortunes measuring in the billions, they’re bored with their immense privilege and constant exceptionalism. When Anastasia’s turn goes dreadfully wrong, the five friends wake up in the woods next to a dead body and each possessing a new set of fangs. As they explore this new existence, their relationships are tested, exacerbating old rivalries and insecurities within the group. Some embrace their new power while others resist transformation and attempt to hold onto their humanity. Exploring the folklore they’ve grown up with, each experiment  reveals more about how they see themselves in connection to the rest of the world. 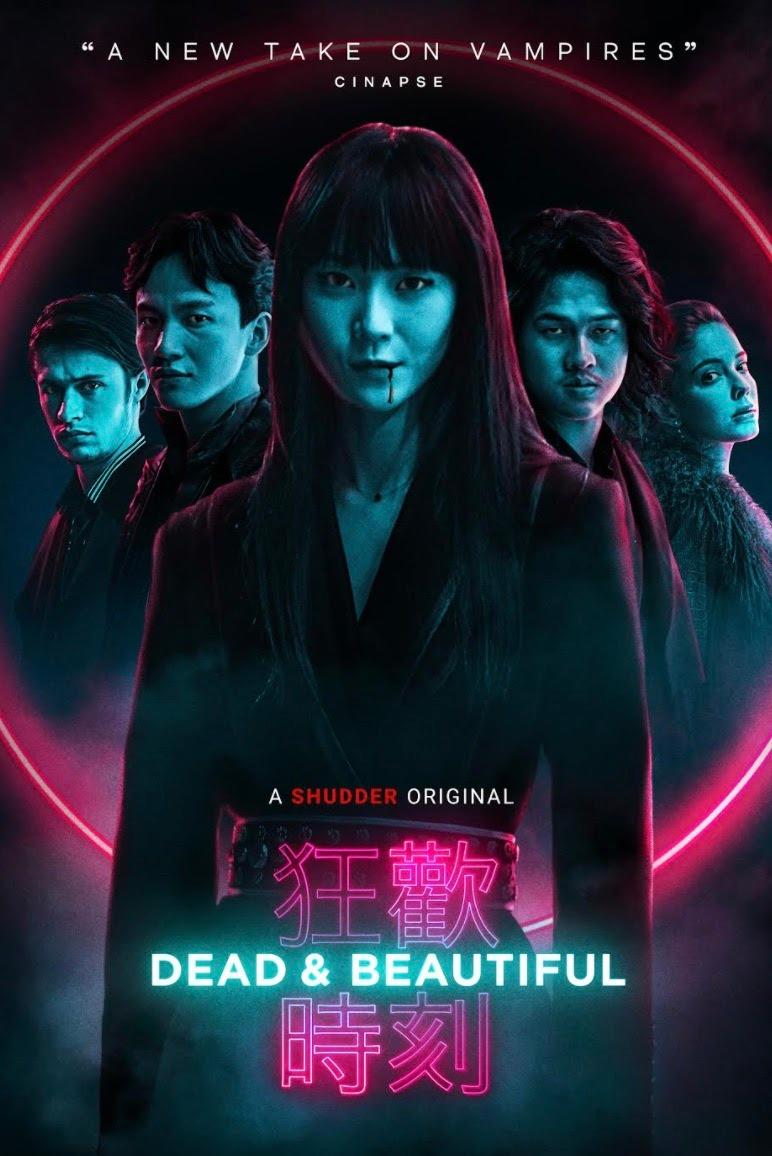 Verbeek attempts to explore the meaning of power by comparing vampirism with the extravagant wealth that seemingly transcends morality. It’s interesting to see each member of the group reckon with the enormous amount of resources at their disposal, having earned none of it themselves. Mason tries to detach from material positions, studying Buddhism rather than economics or business. Anastasia, who leans on her large social media following for the validation she craves, finds herself disconnected from her followers and nervous to reveal her new identity. Bin-Ray approaches vampirism with a reckless and carefree curiosity, mostly amused by the situation and supportive of his friends.

Previously rejected by Lulu, Alexander is frustrated that his massive estate cannot buy him Lulu’s heart. Intrigued by this new power, he embraces undead life, focusing his relative powerlessness by preying on others. Lulu, who’s mysterious family’s wealth is unknown, is still struggling with a traumatic event from her childhood that might hold the keys to her new identity. Along with Mason, she is appalled by what is happening to them and their shared resistance creates a bond that threatens the stability of the group. The three form an uncomfortable love triangle and find that all the money in the world can’t buy them the love and acceptance they desire.

Verbeek’s ambitious attempt at a morality tale is saved by his cast. Their performances anchor a story that often seems to be wandering without a clear direction. Blom and Tsao in particular stand out as conflicted young men trying to reconcile their emotions with their enormous power. But the film’s strongest aspect is it’s opulent sensuality. The pinnacle of attractiveness, the international cast sets fire to the screen with their palpable sexual tension. Blom and Zhong have several hot, but ultimately emotionless scenes together that are fun to watch but devoid of humanity. It’s hard to tell if this is due to the emotional unavailability of the characters or the story itself, but rather than inform the narrative, these scenes play out as gorgeous fantasies that bare little impact on the character’s lives.

DEAD AND BEAUTIFUL’s glamorous settings and lush costumes are intoxicating, but the story itself is relatively vapid. No one has much of an arc, and Zhong proves to be a pretty lifeless lead. Verbeek’s conclusion attempts to string the allegory together into a coherent message, but ends up revealing more about the hypocritical nature of the characters than a profound through line. A last second twist provides fascinating food for thought, but ultimately leaves us wishing that had been the movie’s focus all along. Verbeek attempts some interesting themes relevant to the ever widening wealth gap, but the allegory never quite comes together. Though the film is gorgeous, it is essentially a rather lifeless story dressed up in extravagance. The title itself is fitting as DEAD AND BEAUTIFUL is extremely beautiful, but narratively dead.

DEAD AND BEAUTIFUL is available now on Shudder.