When asked to review Case 347, I’ll admit my first reaction was thinking how found footage films haven’t fooled anyone since The Blair Witch Project took us by snot-nosed storm. Do we really need another drop in this particular well? I thought not. After a standard warning about how the raw footage we’re about to see has not been tampered with etc., the film opens with a grainy recording of a man in white interviewing a semi-comatose mental patient, Mia (Maya Stojan). The scene plays out in convincing fashion and we’re easily pulled into Mia’s nightmare as if her life depended on our level of comprehension of the terror she somehow survived. Found footage be damned, I was all in. 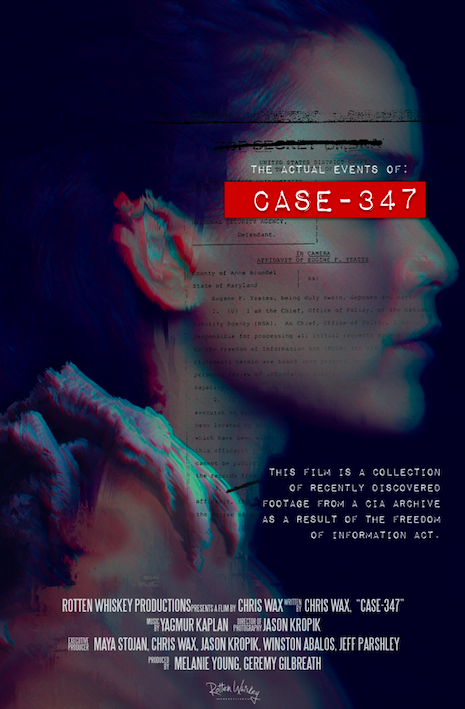 The interview cuts out, and now we’re following a trio of film makers documenting the pandemic paranoia sweeping the nation about alien encounters. The small crew is led by none other than Mia from the interview we just saw. We soon learn Mia’s dad had been a professor of strange phenomena until suffering a mysterious and untimely death. Inheriting his house in Roswald, New Mexico, Mia makes base in a cornucopia of case files, recordings and interview logs of everyone her dad came across on his quest to uncover the truth about extraterrestrials. Tracing her father’s life work, the tight-knit crew of skeptics are determined to debunk alien lore as nothing but a globally shared delusion before getting the hell out of Dodge faster than they’d come.

When the crew ventures out to White Sands, a well documented alien hot spot, the film really starts to define itself through a series of red-herrings, drunken confusion, and an effectively disorientating tone cast over it all. It’s this visceral sense of off-balance unease which holds Case 347 above most films of its ilk with an uncanny ability to physically effect the viewer.

As unexplained oddities continue to pile up, a father/son duo show up uninvited with claims they’ve been keeping watch and want to help. The father Gustaf Berchum (Richard Gilliland), who steals every scene he’s in with a brilliant aura of calm resolve, just so happens to have previously known Mia’s dad. Maybe not so naturally, the visitors are let in with nary a fuss. 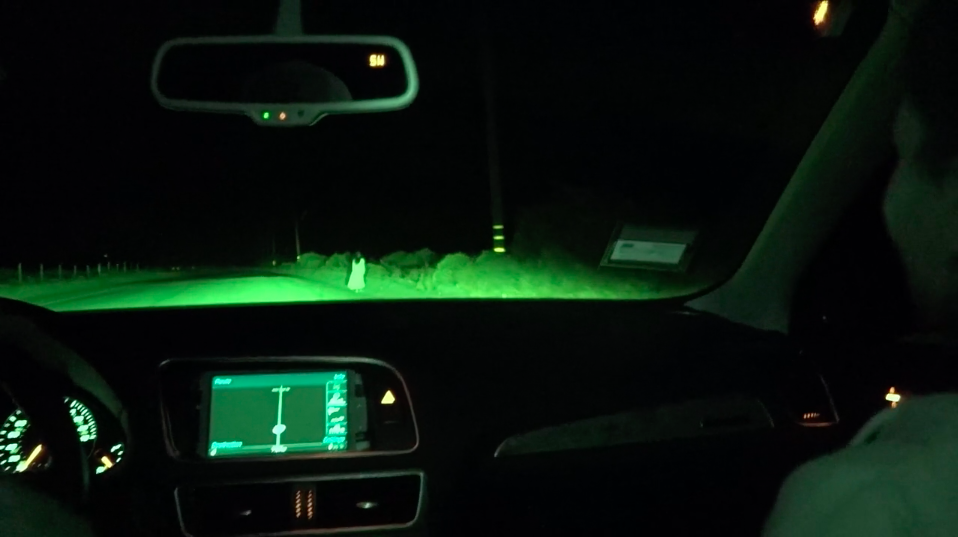 A few such conveniences aside, Case 347 refuses to show all its cards in plain view at any time. The slow burning tension very much becomes a character of its own. At one point, as we look through the camera, we follow along as a man sits up in bed. Suddenly, a simple gesture becomes a chilling act of terror that hammers home the emphasis of placing us, the viewer, in the front seat every tentative step of the way.

When all the anxiety-ridden, frightful undertones are amped up a hundred-fold for the finale, we find ourselves back in that sterile room with a Mia as she frantically recounts the traumatic events we’ve just witnessed. While Case 347 may not fool anyone in this day and age, it’s a “found footage” entry well worth the 90 minutes you’ll find yourself enraptured for.