Polish genre film is certainly having one hell of a year. From the archetypically murderous mermaid musical THE LURE to the true-crime character study I, OLGA HEPNAROVÁ to the widely released dybbuk drama DEMON, there have been plenty of choices for horror fans to sample from Poland. Add to those Bartosz M. Kowalski’s PLAYGROUND, which is making the festival rounds and just played Melbourne, Australia’s Monster Fest.

PLAYGROUND is based on a true crime, though the film and its marketing have been mum on the exact crime it showcases. In fact, the film spends the majority of its running time playing its cards close to its chest, and reveals very little until the haunting third act. Instead, it focuses on building character and setting the scene. 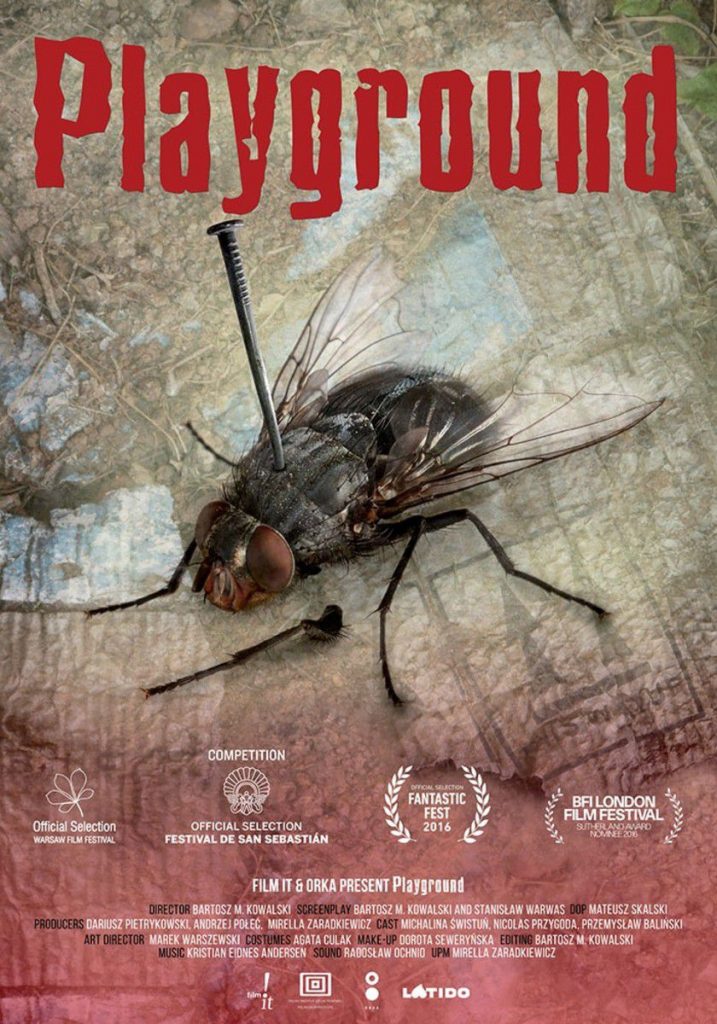 Initially, the story is broken into chapters. The opening triptych follows three separate 12-year-olds as they get ready for their last day of school before summer break. At that age, they are no longer children, but still far from adults. The two boys and one girl each take their time doing their hair and eating breakfast, and the camera stays close to them as they go through the mundane tasks that unite their days. After arriving at school, their differences start to become clear.

PLAYGROUND eases the audience into the terrible act it portrays in uneasy steps. First, we get to know these kids. Next, we get to see what they are truly like—at their best and worst. Then, finally, we witness something we could not have imagined humans are capable of doing to another living thing. This careful structure and measured pace are the true brilliance of the film. The editing and camera movements deliberately guide you to pay attention to precisely the details that director/co-writer Kowalski wants you to take in.

The culmination of all of this curated atmosphere is brutal and breathtaking. I cannot recall a recent film that forced me to remind myself to breathe, but PLAYGROUND made me forget about basic bodily functions. All of the movie’s chapters and the heartbreaking inhumanity fit together seamlessly, and left me unnerved in a way I have not felt in a long time. To be simultaneously reminded of both the power of film and the darkness of humanity is a feeling that is not easy to shake. Now, who’s in the mood for a palate cleanser?