After winning raves at Montreal’s Fantasia fest, the sci-fi thriller is heading to another prestigious showcase and then general release.

MINOR PREMISE, the feature debut of New York filmmaker Eric Schultz, was written by Justin Moretto, Schultz and Thomas Torrey and stars Sathya Sridharan, Paton Ashbrook and Dana Ashbrook (TWIN PEAKS). The synopsis: “Attempting to surpass his father’s legacy and pressured by an old colleague [Dana Ashbrook], a reclusive neuroscientist becomes entangled in his own risky experiment. Ethan [Sridharan] has now locked himself in his home with his ex-girlfriend Allie [Paton Ashbrook] and the two navigate trauma, ambition, and missteps of the past. Diving headfirst into the uncharted equations of the brain, they realize that there is more at stake than just their relationship or Ethan’s reputation. With time quickly running out, he is forced to face off against the darker sides of himself while frantically attempting to solve an enigma that lies within his subconscious.”

The new fest poster seen below was created for MINOR PREMISE’s forthcoming showcase at the Sitges Film Festival. The movie will be available on VOD platforms December 4 from Utopia Distribution. 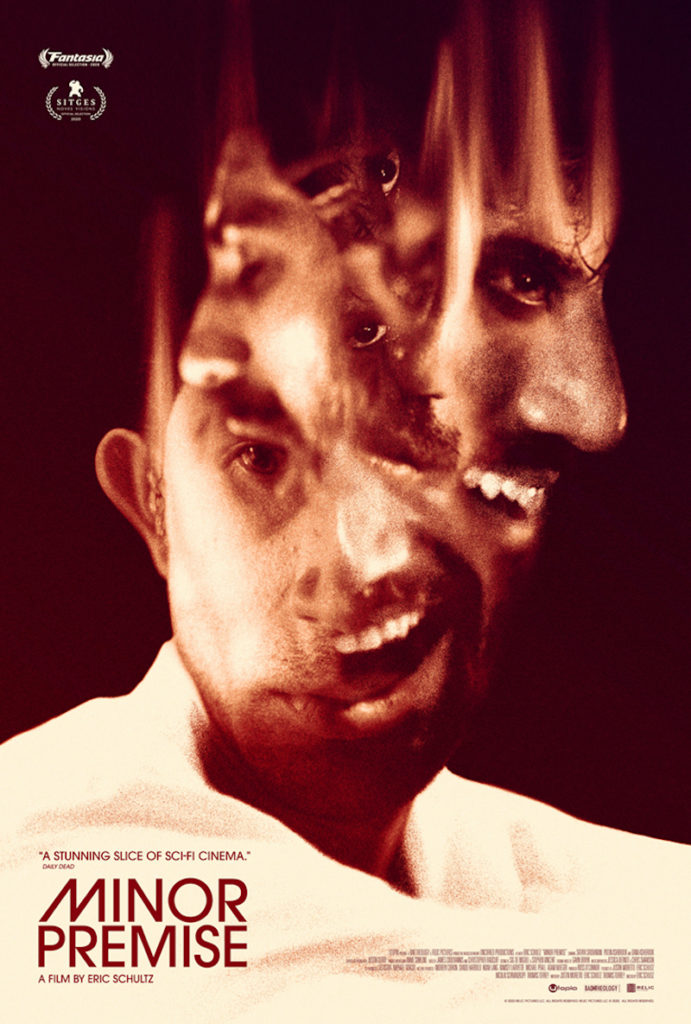