Mezco Toyz recently held their annual Mezco Toyzfair event for 2021, with one of the biggest reveals being the 1:12 Collector’s Halloween II (1981) figure. Although few details were given, this great looking figure appears to include two interchangeable heads –one of which recreates Halloween II‘s most iconic image with blood streaming out of the mask’s eye holes.

The preorder for Mezco’s MDS mega scale Halloween II Michael Myers (with sound!) also went live on the company website. This Boogeyman features an all-new head sculpt with dark, empty eye holes. This 15 inch figure has 11 points of articulation, weathered tailored coveralls and comes with a butcher knife accessory. Depress the button hidden on his back to hear a total of 6 phrases including “He came back!” and “Why won’t he die?” As mentioned previously, preorders are live now and the figure’s price tag is set at $98 USD. The figure is said to scheduled to ship between August and October 2021. 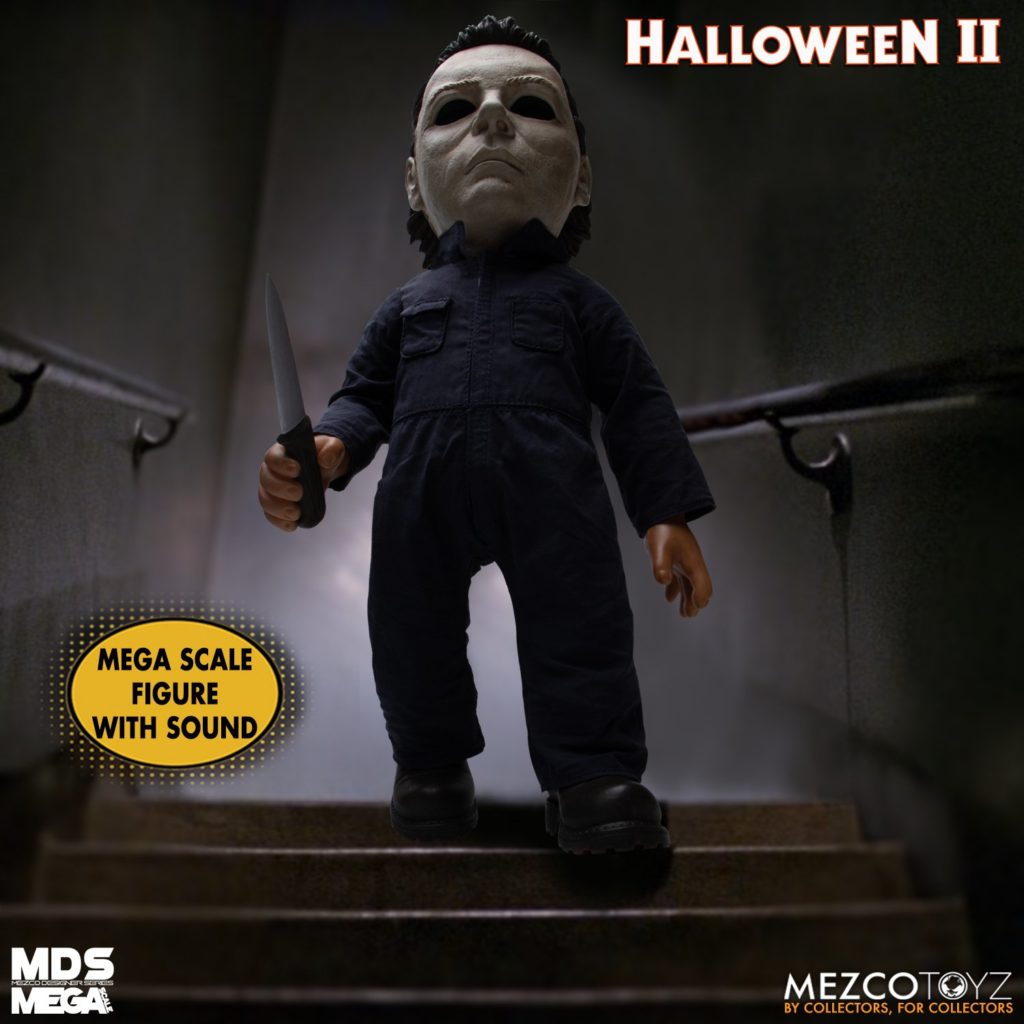 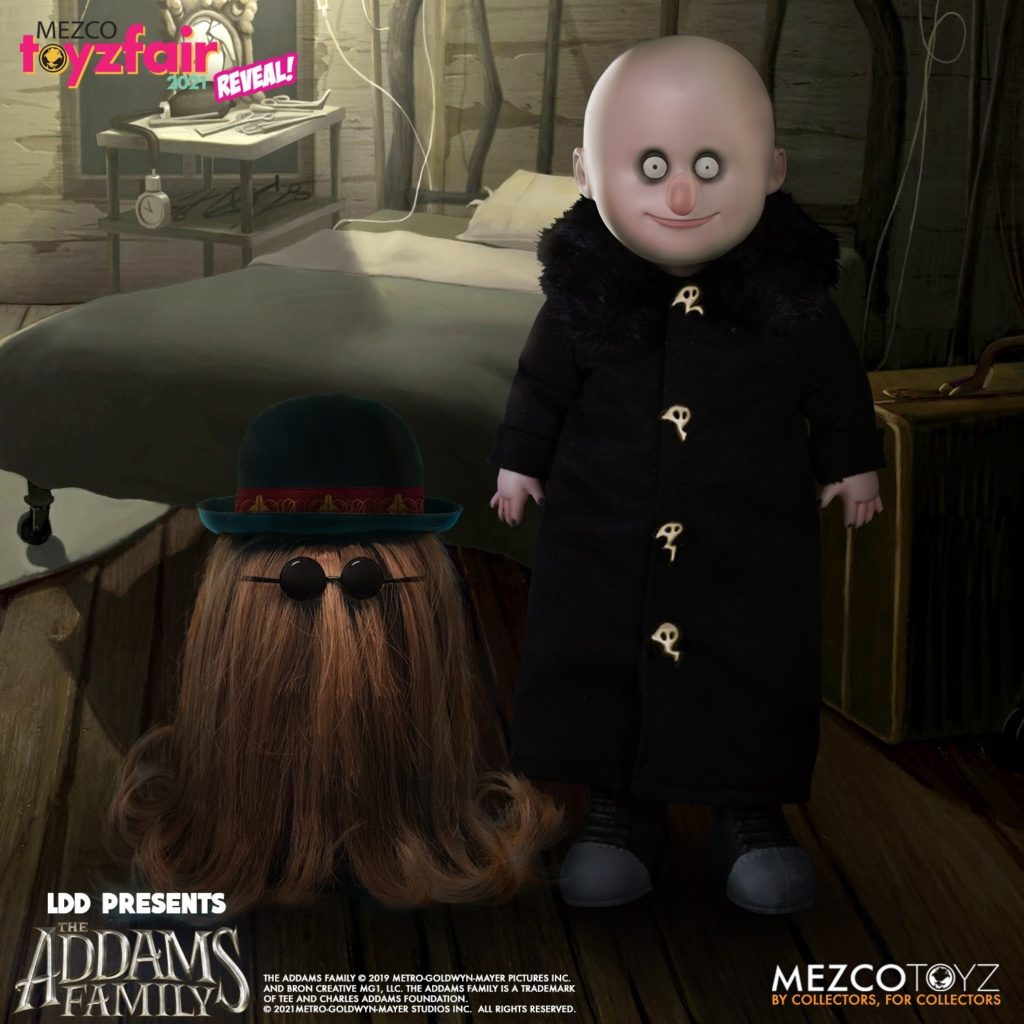 Last but not least, preorders opened for the Child’s Play: Talking Good Guys Chucky. This recreates Chucky as he appears before he goes through the ringer in all the sequels. This figure has an all new head sculpt that captures the character’s look with bright red hair, innocent eyes, and a cheerful smile. Of course, the iconic Chucky outfit is also replicated to perfection. This 15 inch “Good Guy” speaks four movie-accurate phrases when you activate the button on his back. Preorder is live now, and Chucky is priced at $98 USD. This figure is scheduled to jump off store shelves between July and September 2021.

The full slate of reveals from Mezco Toyzfair 2021 can be found here. Follow Mezco Toyz On Facebook and the official Mezco Toyz website to stay on top of preorders and announcements.