Mental Illness and Early Aughts Horror in Robert Harmon’s “THEY”

They was a staple of early millennium cable. Alongside Final Destination 2, Darkness Falls, and Halloween H20– a true grab bag of early aughts horror– They was perennially on, a movie I’m familiar with less on account of genuine affection than simple recurrent exposure. They was on frequently, and in the age before streaming, I relished every and all opportunity to watch horror. I watched They a lot. Dozens of times, really, and that conversancy with it has inoculated me from its critical and monetary reception. Critically demolished upon release and a considerable box office bomb, They is a vaguely titled creature feature that, for most general audiences, was forgotten as soon as the auditorium lights turned back on. They is an idea, a faint memory, a movie audiences may or may not have seen. Its legacy starts and stops as quotidian Cinemax programming. Nothing more. Nothing less.

They, directed by Robert Harmon and produced by none other than seminal horror auteur Wes Craven (Wes was likely Sam Raimi’s progenitor in leveraging one’s status to produce as many movies as possible), is a modestly-scaled supernatural creature feature, the kind of high-concept, low-identity horror feature common in the early part of the century. Laura Regan, an unsung scream queen herself, stars as Julia Lund, a psychology graduate student, is roped back into the enigmatic events of her childhood when old friend Billy (Jon Abrahams) dies by suicide after revealing that, as a child, mysterious creatures kidnapped him in the dark and held him captive for two days.

Julia, alongside two other childhood friends, has since been plagued by night terrors, and together, they endeavor to unravel whether what Billy said was true – whether these night terrors are augurs of something far more sinister hiding in the shadows, something that’s looking to take them away. Julia meets several other persons whose childhood night terrors have returned, including young patient Sarah (Jodelle Ferland), who claims “they” are trying to eat her and that lights are the only thing that keeps them away (They, as the title suggests, has maybe too much fun with its pronoun use).

As a child awash in the static of tube television cable glow, They was scary to me on account of its core conceit and core conceit alone– monsters in the dark. The fear of the dark, a perennial, primal fear almost innate to mankind, is punctuated by adolescence. The dark is unfamiliar. The dark is isolating. The dark is where the worst recesses of a child’s mind manifest. The most horrible things imaginable have the potentiality to live there, and it isn’t until adulthood that one realizes how silly and unfounded a fear it really is. Sure, the dark is still scary, but not in the same way. Not in a paralyzing, night-light, listen to The Fray on an iPod Shuffle all night to keep the monsters at bay kind of way (true story). 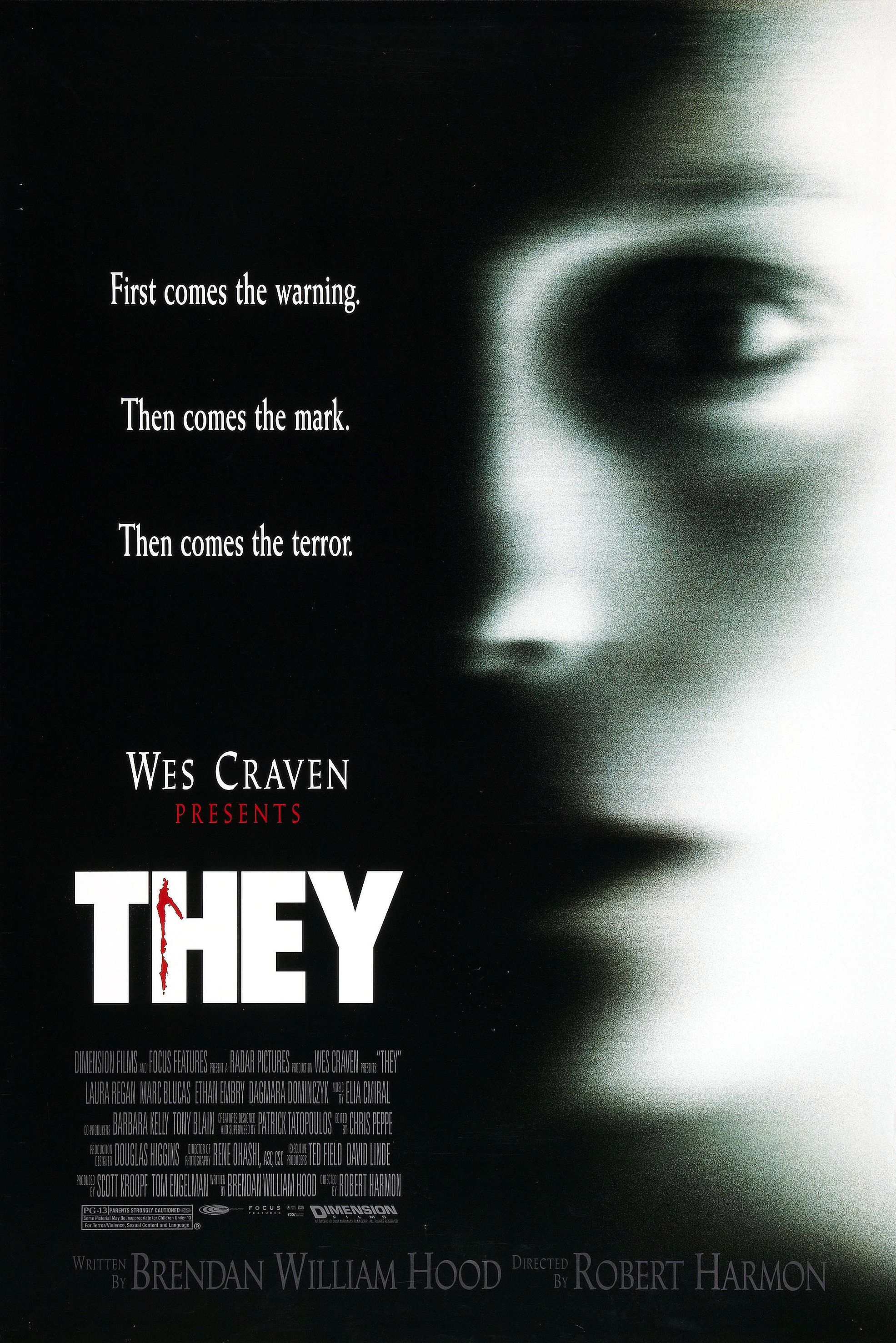 Now that I’m in my mid-20s now, though, They resonates differently. A recent re-watch illuminated just how much They had on its mind – it brought its concealed monsters out into the light. Some of that is the blatant subtext that simply went over my head as a child. They is undoubtedly an allegory for mental illness. Suicide contextualizes the entire endeavor, both on account of Billy’s inciting death and Julia’s trauma at having witnessed her own father die by suicide as a young girl. Any viewer over the age of nine has likely already picked up on that.

Yet, with the context of my own suicide attempt – an event that rewired my brain and frame of reference for most all media I consume – They appears unfairly maligned. They, more than most mid-tier genre outings, is considerably more profound, empathetic, and affecting.

Julia grapples not only with her night terrors, but also imposter syndrome, uncertainty, and insecurity in her professional and personal life. The people around her – even those that could and should care most – reassure her with tenuous platitudes, averring that all she needs is a good night’s sleep. It’s genre gaslighting. As legions of otherworldly creatures descend on her and her friends, clinicians and boyfriends suggest that a smile alone will keep the monsters away.

Julia’s friends are systematically picked off by the creatures in stalk-and-slash vignettes that hold up far better than I remembered – a nighttime swimming set-piece is gloriously tense – and by the end, she is the only one who remains. Ample evidence piles up – clearly something is happening – yet no one listens. Worse than that, no one seems to care. Julia flunks her thesis defense, and boyfriend Paul (Marc Blucas) climactically drugs her drink, wanting to knock her out and involuntarily commit her, worried that she is a danger to both herself and others.

Peripheral characters are caretakers and guardians. Julia’s professional realm is psychiatry. Boyfriend Paul is a paramedic. It’s no coincidence that the bit parts are occupations that, ostensibly, have a duty to care. A duty to protect. Julia, though, is no safer with them than she is on her own. Rather than take her concerns seriously, Julia’s fractured mental state is reduced to insanity, the concern not being that she might hurt herself or someone else, but that she might do it in a way that impacts someone else. Better to incarcerate her – better to lock her away – and keep the monsters permanently hidden in the dark. The monsters of Julia’s mind are too frightening, too horrifically raw, to confront. They deserve to be hidden. They deserve to be ignored.

In the end, Julia, after a close call in an underground subway, is committed to a mental institution. Alone in her room, Julia is dragged into the lone closet. As the nurse enters, Julia is gone – the closet is empty. Incredulous at how she managed to ostensibly escape, the nurse flees. Julia, though, is still in the room. She screams and pounds on a wall of what looks like gelatin, trapped in another realm as the monsters close in. As the door to her room closes, ‘they,’ the monsters, drag her away.

An alternate ending arrives in the same space, only this time, all of the people from her story appear as hospital workers, and ‘they’ are simply other hospital orderlies. It’s a cheap ending, one the movie wisely reworked for the theatrical release. It dilutes its ultimate message, one that values genuine care and genuine consideration for trauma. As it stands, though, They, though destined (and actualized) as a throwaway genre title from one of horror’s most esteemed creators, emerges nearly two decades later as considerably more. Horror has always been elevated. Horror has always been political. They is horror at its best. Profoundly human, empathetic, and primally urgent, if there’s anything hidden in the dark, I hope it’s more movies like They.