Shot in 1989 under the title BLOOD CHURCH, it’s finally emerging with a whole bunch of bonus features.

Visual Vengeance, Wild Eye Releasing’s division devoted to grassroots and SOV flicks, issues HEARTLAND OF DARKNESS on Blu-ray November 8. Written and directed by Eric Swelstad and starring Dino Tripodis, Nick Baldasare, Linnea Quigley, Shanna Thomas, Sharon Klopfenstein and John Dunleavy, it has never been released before in any format. The synopsis: “In the small town of Copperton, Ohio, Paul Henson [Tripodis], a former big-city journalist, buys a small local newspaper. He quickly falls into a wide-reaching conspiracy of ritualistic murder and cult mind control when he discovers that the entire town may be under the spell of a Satanic reverend and his flock. As the clues and corpses pile up, Henson and his family are thrust into a life-or-death struggle to expose the truth and stop the demonic cabal’s reign of evil.”

Shot on 16mm, the movie will be presented in a new director-supervised SD master from original tape and film elements, accompanied by: 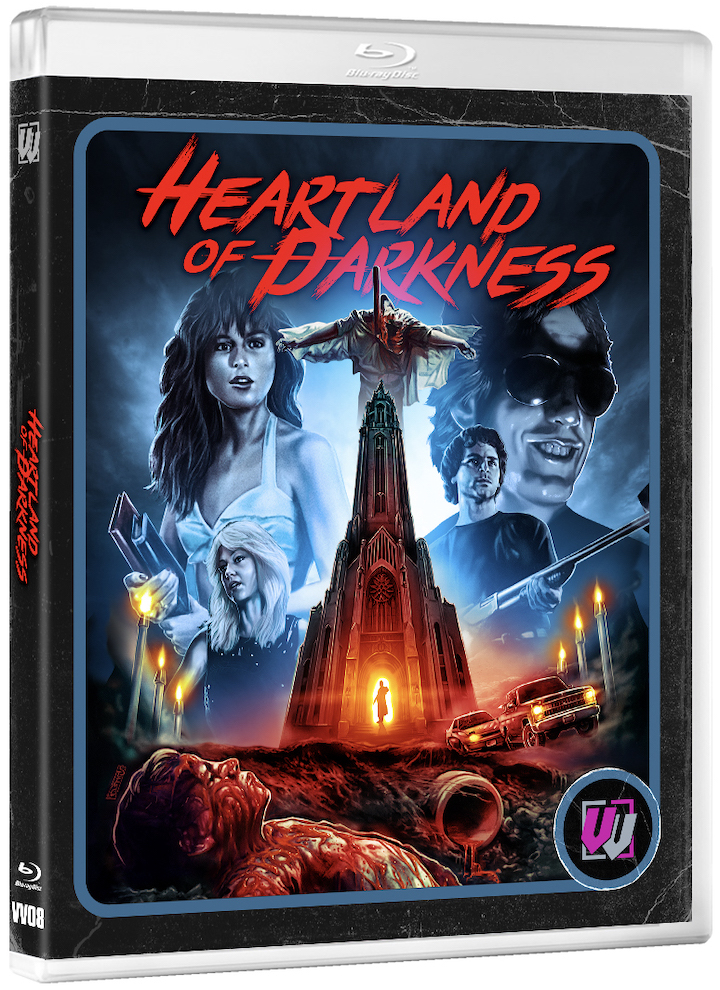 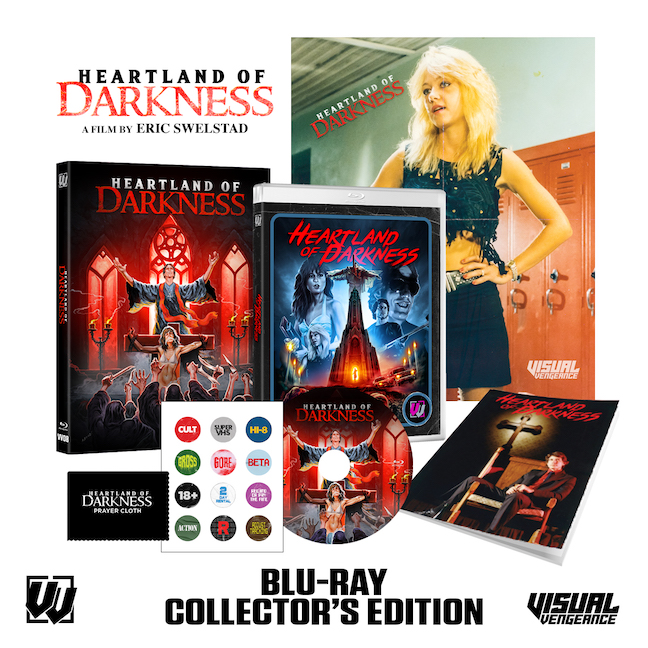